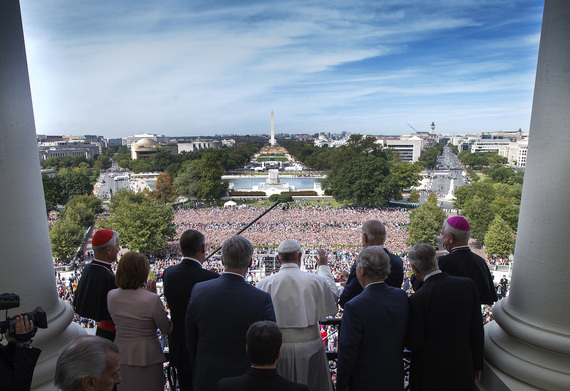 Pope Francis waves to the crowd from the balcony at the US Capitol on September 24, 2015.

What, then, does the pope do? Jason Berry is a religion correspondent for GroundTruth. His books include Lead Us Not Into Temptation, Vows of Silence, and Render unto Rome.