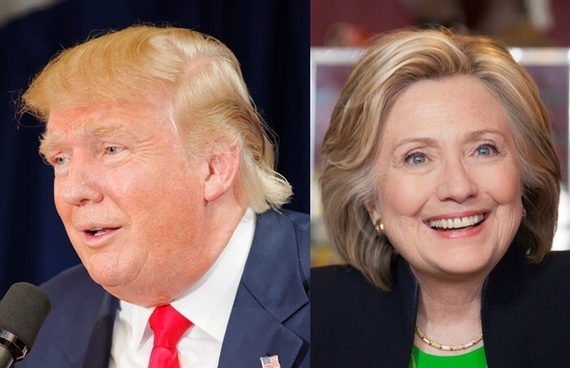 On July 5, FBI Director James Comey announced that no charges would be filed in the matter of Hillary Clinton's emails, although he stated that she had been "extremely careless." It looked at the time as though that story would dominate the news media at least through that weekend, if not beyond. Another tragic event had already taken place, however, one that put the matter of those "damn emails" into its proper perspective.

Just a few hours before Comey made his announcement, Alton Sterling was shot and killed in Baton Rouge, the bullets that killed him fired by police officers. The following evening, in a St. Paul, Minnesota, suburb, Philandro Castile also died after being shot by an officer. They are not the only African Americans in recent years--or even in recent days--to die at the hands of the police in circumstances that were, to say the very least, questionable. The day after Castile's death, five Dallas police officers were gunned down by a man who acted alone, but who, according to Dallas Police Chief David Brown, was outraged by the aforementioned killings and said he "wanted to kill white people, especially white officers."

Our country faces its most serious racial crisis in a quarter century. We have a president who understands the issues, and who takes care to speak in a way designed to bring us together rather than divide us further--and does so without denying the injustices that created the crisis in the first place. Of the two who seek to replace him, we can ask ourselves which one is more likely to take that kind of care as president, and which one is more likely to act without care, to be extremely careless.

Hillary Clinton's first extended remarks after these horrific events showed what kind of care she'd take. Here is an excerpt from her speech last Friday at the African Methodist Episcopal Church National Convention in Philadelphia:

For now, let's focus on what we already know -- deep in our hearts. We know there is something wrong with our country. There is too much violence, too much hate, too much senseless killing, too many people dead who shouldn't be. And we know there is clear evidence that African Americans are much more likely to be killed in police incidents than any other group of Americans.

And we know there is too little trust in too many places between police and the communities they are sworn to protect. With so little common ground, it can feel impossible to have the conversations we need to have, to begin fixing what's broken. We owe our children better than this. We owe ourselves better than this.

The families of the lost are trying to tell us. We need to listen. People are crying out for criminal justice reform. Families are being torn apart by excessive incarceration. Young people are being threatened and humiliated by racial profiling. Children are growing up in homes shattered by prison and poverty.

They're trying to tell us. We need to listen.

Brave police officers are working hard every day to inspire trust and confidence. As we mourn the Dallas police officers who died and pray for those wounded, let's not forget how the Dallas Police Department in particular has earned a reputation for excellence. They've worked hard for years to improve policing and strengthen their bonds with the community. And they've gotten results.

Police officers across the country are pouring their hearts into this work, because they know how vital it is to the peace, tranquility, justice, and equality of America. They're trying to tell us. And we need to listen.

People are crying out for relief from gun violence. We remember Reverend Clementa Pinckney, eight congregants at Mother Emanuel in Charleston -- and thousands more killed every year by guns across our nation. Things have become so broken in Washington that to just try to get a vote on compromise gun safety reforms, John Lewis himself had to stage a sit-in on the floor of the House of Representatives.

Gun violence is ripping apart people's lives. They're trying to tell us. And we need to listen.

But all these things can be true at once. We do need police and criminal justice reforms, to save lives and make sure all Americans are treated equally in rights and dignity. We do need to support police departments and stand up for the men and women who put their lives on the line every day to protect us. And we do need to reduce gun violence. We may disagree about how to do all these things, but surely we can all agree with those basic premises. Surely this week showed us how true they are.

What did Donald Trump have to say? After the shootings in Dallas, he released a largely anodyne video statement last Friday that at least mentioned the issues raised by the deaths of Alton Sterling and Philandro Castile, while also calling all on Americans to "stand in solidarity with law enforcement, which we must remember is the force between civilization and total chaos." To Trump, the only options are that we either stand with the police, or usher in total chaos.

Trump also tried to arrange for a photo-op of him visiting an NYPD precinct, so as to provide an image of him standing in solidarity. The NYPD turned him down. Police Chief William Bratton stated: "We're not in the business of providing photo-ops for our candidates." Bizarrely, the Trump campaign denied that the request ever took place. City officials named Keith Schiller, head of security for Trump, as the person from the campaign who made the request.

On Monday, Trump again returned to these issues in a speech in Virginia Beach. He argued that there was an "ongoing catastrophe of crime in our inner cities. Our inner cities are rife with crime." Actually, it's not at all clear that violent crime in our cities is on the rise in recent months. Furthermore, it has dropped tremendously over the past 25 years, to lows not seen since the early 1960s.

Then Trump spoke about the police, and evoked our history in a manner designed specifically to inflame and divide us today. He equated those who protest police mistreatment now to those who treated returning Vietnam veterans disrespectfully or worse: "We went through an ugly chapter in our history during Vietnam when our troops became victims of harassment and political agenda. For too many police today, that is their daily reality." Trump went on to make even more clear exactly where he stood:

Trump has used the phrase "law and order" before, notably after violence and chaos erupted at one of his campaign events in March, in St. Louis. The phrase evokes 1968, and the candidacies of both Richard Nixon and George Wallace. While the latter openly supported segregation, the former was the candidate who crafted the "Southern Strategy"--ultimately bringing the overwhelming majority of segregationists into the Republican Party by playing on their racial anxieties. Fifty years later, as Jeet Heer noted in the New Republic, it is that Southern Strategy that "made Donald Trump possible." It's also no accident that Trump employs another of Nixon's campaign slogans, saying that he too represents "the silent majority."

Of course, Trump's use of the phrase "law and order" this past week is far from the most careless thing he's done in this campaign. This is a man who has encouraged his supporters to commit violence on multiple occasions, as did Wallace in 1968. In fact, Trump combines the worst of Wallace and Nixon, as seen, for example, in his retweeting of a completely false set of statistics about race and crime that originated with a guy whose Twitter bio reads--wait for it--"we should have listened to the Austrian chap with the little moustache."

Any hope that Trump might, at least for a few days, refrain from spewing more racially divisive lies dissipated on Tuesday. When Bill O'Reilly asked if there was a divide between whites and blacks in America, Trump just flat-out made stuff up:

"There would seem to be. It's getting more and more obvious and it's very sad, very sad. When somebody called for a moment of silence to this maniac that shot the five police, you just see what's going on. It's a very, very sad situation."

One small problem for Trump: THIS. DID. NOT. HAPPEN. Of course, that reality didn't stop him from repeating the claim at a Tuesday evening rally in Westfield, Indiana. Even Trump's campaign co-chair had to admit the next day that the campaign could produce no evidence anyone had made such a call. This hateful, inflammatory lie evokes Trump's equally vile--and false--claim that while watching TV he saw "thousands and thousands" of Arabs in New Jersey cheering on 9/11 as the Twin Towers fell. Think about what kind of person would tell such lies in order to enhance his electoral prospects.

This brings me back to where I started, to the question of whether the phrase "extremely careless" applies more accurately to Hillary Clinton or Donald Trump. One of them acted stupidly in choosing to maintain a private email server for work communication. Fine.

The other has demonstrated, time and again, that he will play and prey on the most primal of racial fears--that he will use lies as well as images created by the worst kind of hateful extremists. Nothing in America is more explosive, more incendiary, than matters relating to race. The last thing we can afford is a president who treats that issue in a way that is extremely careless.