"Tell me about yourself." "What is your greatest weakness?" "If you were me, why would you hire you?" "Where do you see yourself in five years?" Sound familiar? Of course it does. Chances are you've either answered or (yikes!) asked these worthless interview questions at some point in your career.

Let's face it -- most interviews are a real waste of time. Traditional interviews don't identify the best workers. The strength of this type of interview is its ability to make the most expedient hire. And the proof is in pudding: High turnover, poor performance, silos, and sinking morale all plague companies that hire too quickly. These are symptoms of disharmony that are often grounded in poor hiring decisions.

Companies spend tremendous amounts of time and effort on business decisions like selecting a new piece of equipment or investing in a new technology. However, all too often, they don't dedicate that same effort, energy, and time to hiring new people. Yet there's nothing more important to a company's success than hiring the best people.

Great leaders use highly selective hiring processes to identify the best people. They use processes that are highly predictive, that engage team members' brainpower, and that raise the bar on expectations. Finally, they drive the process just like they would any other strategic initiative.

Here are four innovative approaches that great leaders use to hire the best people:

1. Raise the hiring standards. When you're under pressure to fill openings, it can seem like the most important thing to do is to get anyone in the door to fill the gap. But now is not the time to lower your hiring standards; now is the time to raise them. And there's no better way to raise hiring standards than by asking the people who are currently doing the job and will work alongside the new hire.

When you challenge current employees to define what they want in a new co-worker, in addition to related work experience, they'll produce a long list of personal qualities, traits, and attributes. They may say they want an individual who's team-oriented, honest, a self-starter, enthusiastic, a critical thinker, or a fast learner. These attributes become the high standard that candidates are measured against during the interview.

2. Adopt a peer interview process. Given that current employees have high standards and expectations for the performance of their teammates, it follows logically that they should be involved in the selection process. Not only will they maintain these high standards when making hiring decisions, but by owning the process and decision, they also have a vested interest in the new hire's success.

Because current employees' standards are so high, they frequently reject candidates referred to them through the prescreening process. But don't despair; meeting their high standards is essential for creating a culture of high-performing workers.

The principles of the peer interview approach can be used when hiring at any level in the organization, from screening front-line employees to hiring scientists or selecting a top-level executive.

3. Interview for attributes. Most interviews focus on technical skills and past accomplishments. This type of interview is shallow and myopic. While you may be able to uncover whether they can do the job, you're missing a critical factor: how they do the job.

Some time ago, service organizations realized that it was better to hire people who, as part of their nature, were polite and positive and liked solving problems for people. These people could be trained on the technical aspects of the job. This approach was much more successful in creating positive customer relations than the strategy of hiring people with the technical know-how and then training them to be nice to customers.

4. Use work simulations. Using behavioral-based interview questions will give you a glimpse into a person's character. You must now confirm that she can perform as advertised using a work simulation.

Work simulations are used for top candidates after prescreening. They can either be done individually (if you were hiring a plant manager, for example) or as a group (if you were hiring 10 front-line operators). They focus on a series of tasks or activities that reveal how the person thinks, how she interacts with others, and how she expresses herself in new situations. These simulations are situational to the position, company, and organization's unique culture. They are highly effective at identifying the best candidate.

Ronda Haskell, the co-owner of Jeda Polymers, has found success using this tactic. "I never knew you could learn so much about a person without asking a single question," she said.

Great companies have great cultures. Great cultures are made up of great people, and great people are identified through highly strategic hiring practices. It doesn't happen by accident, and it certainly doesn't happen with a traditional interview. These four approaches buck conventional wisdom and radically depart from a business-as-usual approach. Don't you think it's time for hiring solutions that work?

Sue Bingham is the founder and principal of HPWP Consulting. She is also a founding member of Great Work Cultures. Sue has been on the forefront of the positive business movement for 30 years. She is driven to create high performance workplaces by partnering with courageous leaders who value the contributions of team members. Connect with Sue on Twitter at @suenhpwp. 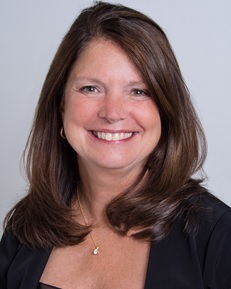