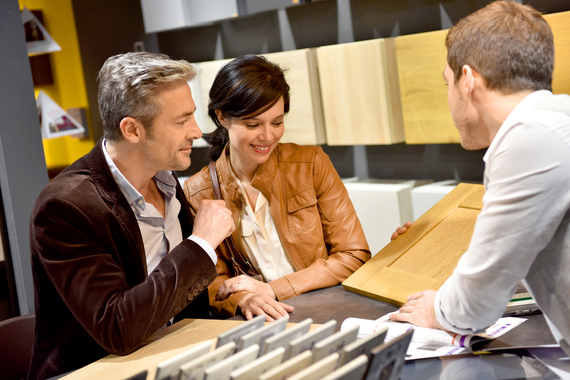 You probably think that retailers should do you a favor. Now it turns out that it may be the other way around. In case you're saying "Huh," here's the explanation.

Two professors at Georgetown's McDonough School of Business just published an article showing that the seller's mere request for a favor, in conjunction with a price discount, creates a feeling that both sides are winning. They devised experiments where sellers offered discounts for a coffee table, a record player and a painting. While the buyer was contemplating matters, the salesperson made an unusual pitch: "At this price it would be helpful if you would consider writing a positive review on the store's website (or recommending us to a friend)." Surprisingly, that suggestion helped clinch the deal, whether the customer carried out the request or not, because it changed the nature of the transaction. If the buyer feels that she is involved in a cooperative arrangement, and not just the target of a competitive ploy, then she's likely to believe that she is receiving the lowest price possible.

Oddly, the smaller the discount offered, the more likely the sale. With just a 20% price reduction, consumers would be about twice as motivated to buy, and at 10% they'd be three times as likely to go forward. It turns out that any reduction up to 30% works. That's just large enough to create the impression that the seller is making a sacrifice.

It's important to note that this works only with one-on-one bargaining. More substantial discounts extended to all comers are not as powerful, even when coupled with a favor request, because acceptance will be automatic and customers will not feel quite so flattered.

This research appears in an article called "The Favor Request Effect," written by Georgetown McDonough School professors Simon Blanchard and Kurt Carlson, along with Penn State PhD candidate Jamie Hyodo. There's a larger message here about buying behavior, too: Price is only a partial measure of value. Consumers need to feel that the benefit exceeds the dollars paid. If they're invested in the transaction, they'll be more likely to go forward.

Is all this worth it? Bear in mind that the revenue from a sale is significant and the cost of asking for a favor is nil.

"The Favor Request Effect: Requesting a Favor from Consumers to Seal the Deal," by Simon Blanchard, Kurt Carlson and Jamie Hyodo, Journal of Consumer Research, March 25, 2016.