Do I look like someone who would be capable of camping solo...on a deserted island...that you have to paddleboard to get to? If you answered yes, you're awesome. If you answered no, ehh, I don't really blame you, considering that the number one fear I had about my recent road trip was having to camp alone.

Even though I've mastered solo traveling in foreign countries, there's just something about sleeping in a plastic enclosure that zips to close, in an outdoor area, where who knows what animals or creepers are lurking, that screams 'BAD IDEA'. But, my fear of camping alone was just fear without reason, and it seems like that's also the case with many people who fear traveling solo.

I'm not afraid to travel solo, because I've done it a ton of times. But camping solo? You've got to be out of your freaking mind! Then I realized that that's how I used to think about traveling solo, and how after I tried it, I freaking loved it! 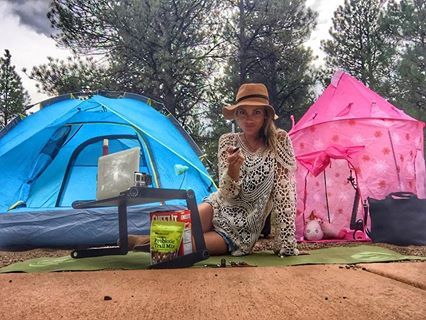 I kind of looked at camping solo as a challenge that I had no choice but to accept; not only did the guy working at the paddle board shop in Lake Powell suggest it as if he expected me to be able to do it anyway, but it was something I was actually afraid of, which is pretty rare for me these days. OH, and also the tiny fact that I hadn't reserved a hotel for that night anyway, and the entire town was booked solid.

So I did it! I took solo traveling to a whole other level by primitive camping on a deserted island by myself, to conquer my fears, and to show how rewarding it can be if you just have faith in yourself.

So even though I'm an OG solo traveler, I still have a few things I'm scared of that I can learn from, including this little camping experience. But if I can conquer my fears, I'm pretty sure you can too. Actually, I know you can, because I was in your same shoes before, and this recent conquest reminded me of a few things I learned from solo traveling that helped me overcome my fear of camping alone. Here are a few:

1. Your Fear is in Your Head 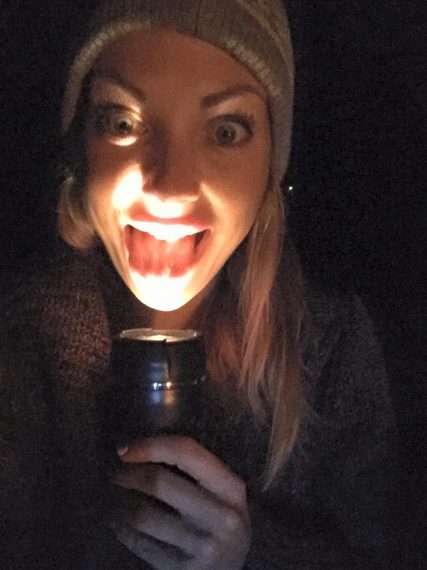 I was afraid to camp solo because I kept picturing a scary, flannel-shirt-wearing inbred from The Hills Have Eyes or something to rip into my tent and kidnap or eat me. I wasn't at all afraid of possible mountain lions, snakes, or spiders attacking me, just fictional creatures that don't even exist.

Then I realized that my fear was something that I was creating. Although realistically, the danger of another human attacking me while I was camping alone was possible, it's not really something that happens incredibly often. Just like the fear of getting kidnapped and killed in a foreign country is a common fear...but not something that commonly happens. 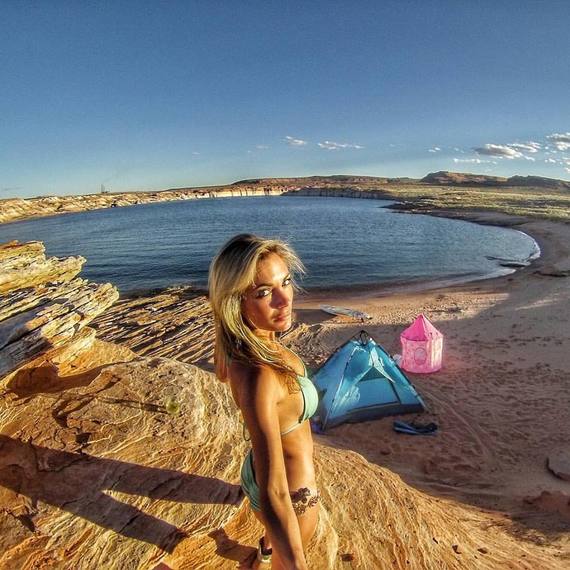 The second I stepped out of the paddleboard shop I thought to myself, "Oh shit, I don't have a lantern or flashlight that actually works well." But my prior experience with travel fails led me to create a check-list of things I knew I'd need to keep myself safe and sound in a tent on an island.

The number one thing you can do to keep safe when traveling solo, is be prepared. Make copies of your passport, notify your embassy of your travel plans, research the area and its crime cautions, carry a fake wallet, don't get drunk and stumble around, learn some basic self defense techniques, and DON'T LOOK SCARED.

3. The Only Person You Have to Prove Things to Is Yourself 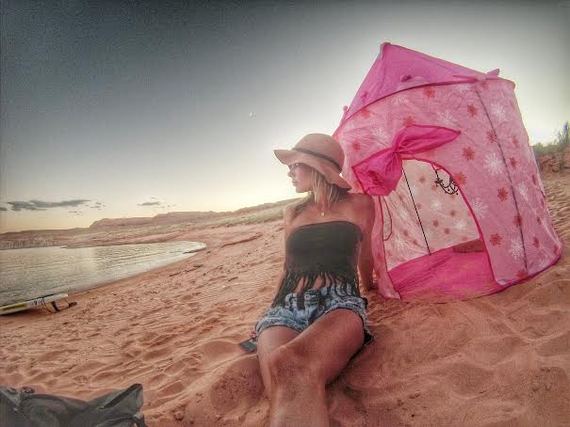 No one else is sitting around watching you, waiting to judge you if you do or don't do something...besides yourself. For me, I couldn't stand the idea of not doing something, simply because I was afraid of what could happen. Do you know how great it feels now to say that I freaking slept in a (half-constructed) tent, on a deserted island, that I paddleboarded out to, and slept at by myself? I wanted to do it, and I knew I could do it, so I just freaking did it, and it worked!

You'll feel the same way when you're metaphorically high-fiving yourself for booking that ticket, getting on that damn plane, and discovering that country you've always wanted to go to, on your own. I guarantee it.

4. What You Think is Scary vs. Actually Scary 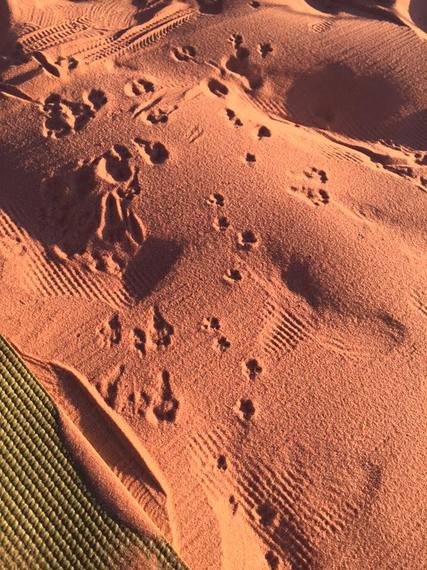 When the guy at the paddleboard shop asked me if I had any other questions about camping on the island, it was hard not to ask the one thing I was thinking. He had already reassured me that there weren't any dangerous animal predators, but I didn't exactly know how to ask about potential sexual predators, which was really my only fear.

When I got there and realized there was no one else on the island, I wasn't scared at all. No one can attack you if no one is there, right? What I wasn't prepared to be scared about, were things you don't think of while you're too busy worrying about creepy sexual predators...injuries, accidents, sickness, and weather.

I had a gash on my foot, slice in my finger, and almost fainted because I spent so much time constructing my tent in the heat instead of eating. I was scared...obviously, but I was also able to fix everything, because I knew I was in control of the situation.

Scary things will happen to you. Whether it's during your travels or walking down the street or camping by yourself on a random island in the middle of no where. You just have to be able to believe and trust in yourself, because you're the number one person who will always be able to take care of you the best. 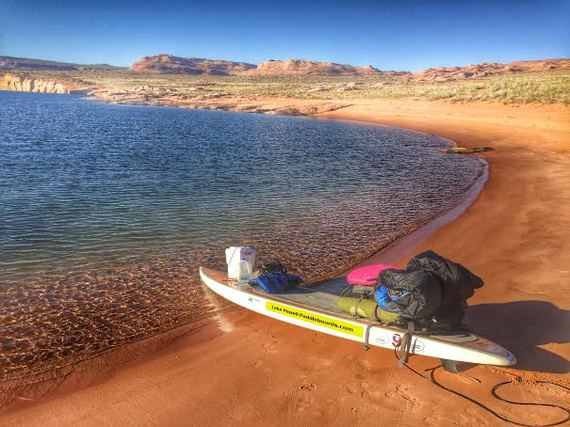 I usually spend an insane amount of time researching and planning before my travels, but for some reason, I didn't look into hotels for my road trip until last minute. That being said, there weren't many hotels available when I started to look, which is why I thought camping was such a genius idea.

Technically, it was, considering that it costed anywhere from $0-$20 to "rent" a campground spot. Sure it's not the most comfortable, clean, or by any means, glamorous, but it's fun, and exciting, and saves you a shit ton of money.

If the idea of having to spend a lot on accommodation is something that keeps you from traveling alone, try to look into other, less-conventional options. I know camping isn't always an option, but hostels, couch-surfing (from an established website), and even Air BNB are some affordable ones, as long as you can understand that the sites are more important to see than the hotel room!

Oh, and if you need more inspiration, here's the awkwardly awesome video of my little solo camping experience...