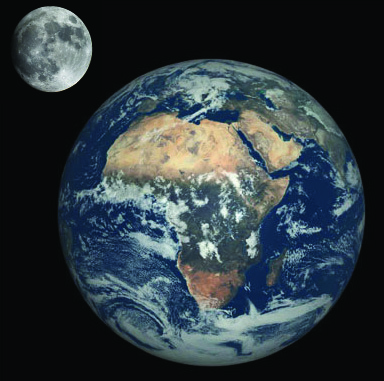 Have you ever just stopped on a cloudless night and stared at the Moon? And I'm not talking about a 2-second passing glance and a smile. A jewel in the night, it is a sight most of us learn to ignore. Yet it is another world, and we can see it clearly from our backyards. That to me seems like a gift.

Now for my gift to you. If you've never done it, or you haven't recently, just take out a simple pair of binoculars (forget the telescope) and look at the Moon. Do it with your children. Teach them an appreciation for what's in their sky. It is a stunning site.

It looks so close, yet you would need 30 Earths side-by-side to span the distance from Earth to the Moon. Thus far, 27 humans have made the trip, and 12 have walked on the lunar surface. You... don't believe me? Then It's lucky I've got some hard evidence.

Back in June 2009, a NASA spacecraft named the Lunar Reconnaissance Orbiter (LRO) went into lunar orbit. A month later, NASA revealed photos of remarkable historical significance. LRO had flown over the Apollo landing sites and took photographs of humanity's first expeditions to another world. Here is a January 2010 photo gallery of LRO images, and images by the astronauts taken 40 years ago, at the Boston Globe. The images speak for themselves, and are a testament to human achievement. 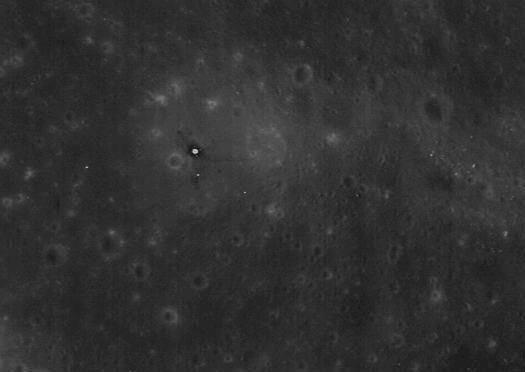 
Here's a thought -- maybe if I treated the Moon as a gift, and gave it the respect it deserves, it wouldn't be taken for granted quite so much. So let me gift wrap it before presenting it to you anew. First, I'd need a piece of wrapping paper the size of -- Africa. You don't believe me? Look at the picture above.

Here's another way to say it--
If you wanted to explore the entire surface of the Moon it would be equivalent to exploring the entire continent of Africa.

Now doesn't that make you think of the Moon a little differently? Maybe like it really is another world? Maybe even a little in awe of that jewel in your sky?

Now do me a favor and find those binoculars, put on a warm coat, take out some lawn chairs, get a friend, your wife, your husband, the kids, and take a look tonight.

To Teachers and Parents:
1. Can you really wrap the Moon with Africa? The Moon is slightly more than 1/4 the diameter of Earth (0.27 x Earth's diameter). Get a classroom globe of Earth, have your students measure its diameter, and then have them find a ball about 1/4 the diameter to represent the Moon. Have them trace the continent of Africa on the globe onto a piece of paper. Then have them cut out Africa on their paper and see if it can just wrap the ball representing the Moon.
Note: have them propose how to accurately measure the diameter of the Earth globe.
Hint: to measure the diameter (D) of the globe, they might measure the circumference (C) and divide by pi, since C = D x pi. Remember, pi is about 3.14.

3. Interdisciplinary connections to human exploration: With your Earth-Moon model set up, remind your class that humans ventured from Earth... and walked on the surface of the Moon. You can have them read about it in three of my Blog on the Universe posts:

To place the achievements of the Apollo missions in the broader interdisciplinary context of human exploration, have them read and discuss The Nature of Our Existence. And finally, here are some personal memories of my 8 years at the Smithsonian's National Air and Space Museum, home of the Apollo 11 command module Columbia.