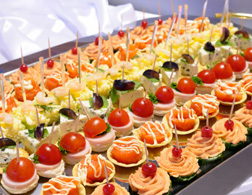 Q: After dating this guy for a month, I asked him where we stood, and he said somewhere between casual and exclusive. I was OK with that, but after three months, I called it off. I wanted more. Then I started initiating hangouts, and sometimes we had sex. I thought if I reminded him of how charming and fun I was, he would come around. But I'm tired of the FWB thing. I suggested we just be friends. Anytime we hang out he wants sex, and I always say no. Then he shoots me texts and I initiate again, and the cycle continues. Is this helping me get him back (playing hard to get) or just annoying to him?

I have bad news for you: You're no closer to getting what you want from this man. You are out treading water in romantically ambiguous waters with no shoreline in sight. You think by flailing harder, you'll get somewhere. But you will not. Not like this.

I say this because I KNOW those waters. I have spent some time paddling around there myself. I have done that whole, hey, let me remind you of how cool I am and maybe you'll decide to be with me. Except this never, ever works.

The reason is this: You're not in control. You gave it up when you started initiating after calling it off, effectively teaching him not to believe anything you say or do, in the blind hope that he'll come to his senses and commit to you. While you're thinking he may change his mind, he's thinking you'll change yours -- and while he hasn't, you have. Because you keep showing up.

The only person you're playing hard to get with is yourself, because you keep denying what you want and pretending you're OK with less.

Essentially, you're acting like the hot apps platter that gets passed around the room. Every time you get to him, you hope he'll sample from the tray -- which he does. Only you're hoping if you give him enough samples, he'll follow you around. But no one follows the hot apps platter around; it comes to you. You've shown him that he doesn't have to do anything or take any action whatsoever, because sooner or later, the platter will come by again, and he'll surely help himself to whatever's on offer.

You can't get the three-course meal you want because you're acting like an hors d'oeuvre.

Look, you say he's a nice, funny guy with whom you click, and you want to be with him. He isn't the problem here. He's just some dude, taking what he can get from nice girls he kinda likes.

The problem is that you have not committed to what you want, and you're not being honest about it. You don't want him as a friend. You want him as your boyfriend. You're settling for what you can get, and that puts you in a very weak position. This is going nowhere productive. (By the way, what does "somewhere between casual and exclusive" mean? You're either one or the other. There is no gradient.)

In my very popular post on my website about "having the talk," I say that the one who asks first loses -- especially in something so new. You jumped the gun asking for security so early on, and I would have encouraged you to let it ride a bit. After anywhere from three to six months of dating, when you're getting some momentum, yes, then it's the time to say, "Here's what I want." And if that person cannot or will not deliver on it, then it's time to say goodbye.

You asked early, said what you wanted, then proceeded to show him that you were not to be taken at your word. Take him at his word: He doesn't want anything serious!

It's hard to get someone to chase you when you're busy chasing them. You have demonstrated you are willing to settle for what he'll give you -- a friendly hangout, or whatever. And so he will always try to get what he wants: Sex without strings. Sure, he likes you. But he doesn't love you. You know this.

I would cease all communication and never reach out to him again. I wouldn't respond when he writes or texts. It's time for you to stand by what it is you really want. You owe yourself that. You owe him nothing. Unfriend, unfollow, see ya later. No good can come of this.

If he all of a sudden comes to life and demands to know why you're not responding, then you can tell him, "I'm not interested in spending time with people I'm not serious about." Bang. End of story. If he wants to be taken seriously, he has your number.

I know it's a heartbreak; you were really trying to give it a chance. But you also weren't being honest with yourself or him in thought or deed. You don't need him as "just a friend." To my mind, someone who's flaky, noncommittal, lazy and only wants what's delivered to him not only makes for a lousy boyfriend, but a lousy friend.