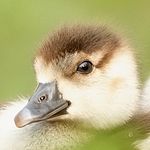 Originally, this so called goose broods along the Nile, swimming with hippos.
Since 1971, she also breeds in Britain and quite successfully.
(It was officially declared a pest in the U.K. in 2009.)
Egyptian geese have their very own way of integration, just as simple as effective:
Every non Egyptian goose must go.
The same applies for everything that IS an Egyptian goose. (with an eventual exception for close family)
With a huge display of power, ponds and ditches are made coot-, duck-, grebe-, and gooseless, until the once so cheerful little water, is stripped of anything with a beak.
(This all takes place with such excessive force, that one wonders how these hippos survived)
In case there are still some ducklings left, the Egyptian goose is never afraid to help them to the bottom.

More or less the same rule applies to the nests of their feathered fellows.
This goose unceremoniously topples crows, storks, buzzards or hawks from their nest, to use it themselves.

Of course that's no way to make friends!
Say 'Egyptian goose' to a birder and you know what I mean.
Many would love to see them take a one-way ticket to the Nile.
But ....the Egyptian geese found a way to reverse this hostile tide.
They created a highly effective and ruthlessly efficient weapon, called : The Gosling
An irresistible charm offensive, consisting of a ball of the softest material, cute beady eyes and two mini feet: a touchingly awkward gait guaranteed.

As soon as this Army of Cuteness arrives, the most fanatical birder goes "awwwwwwww".
Bold loitering spontaneously share their sandwiches, a homeless worriedly counts whether they are as many as yesterday. (not making this up!)
Tough businessmen hit the brakes in order to perpetuate them with their Android and even a police officer gets off his bike for them cuteness.

Resistance is futile against this Cute Overload.

And so it happened that the number of nests has increased enormously.
System works!

Maybe we should take a good example to the Ancient Egyptians under the guise of "if you can't beat them, join them!"
They worshipped the Egyptian goose and portrayed her regularly in their art.
I'm in! 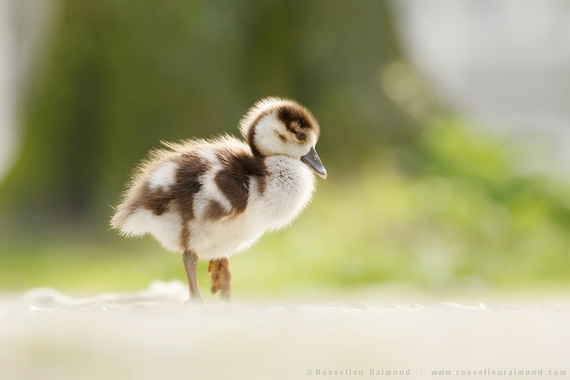 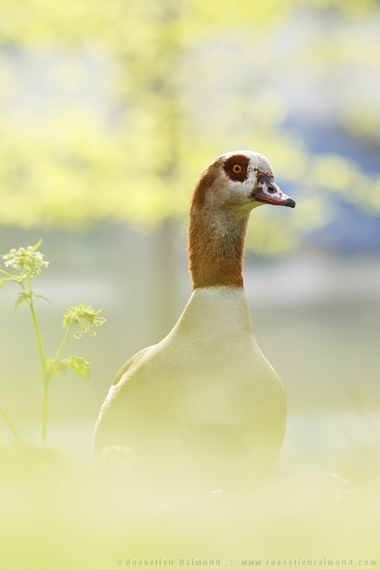 Daddy Goose, a duck in disguise 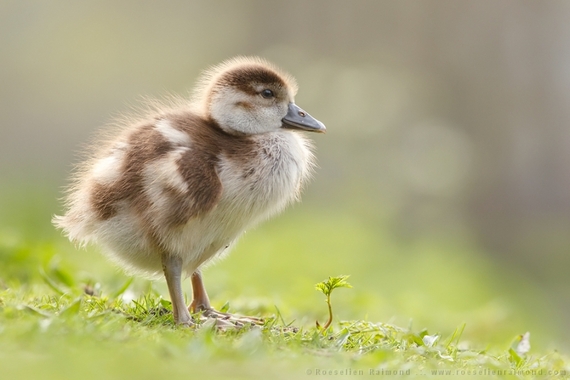 Egyptian gosling and a mini palm tree, probably fantasising about hippos at the Nile 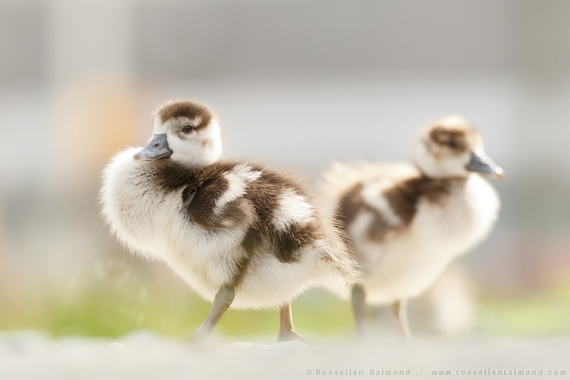 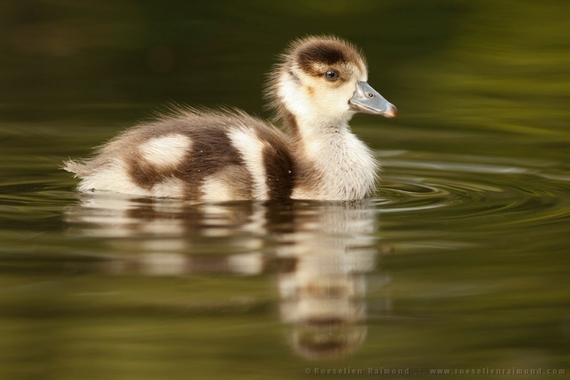 Baby gosling enjoying her soon to be private pond 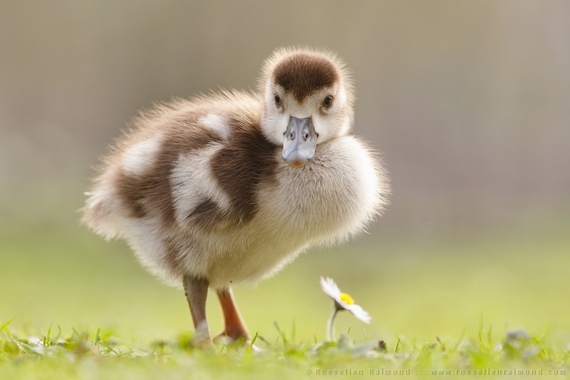 The baby animal and the daisy: the epitome of innocence, but appearance deceives 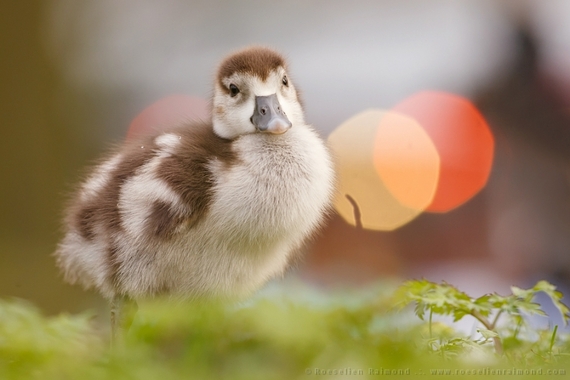 Made for the spot lights 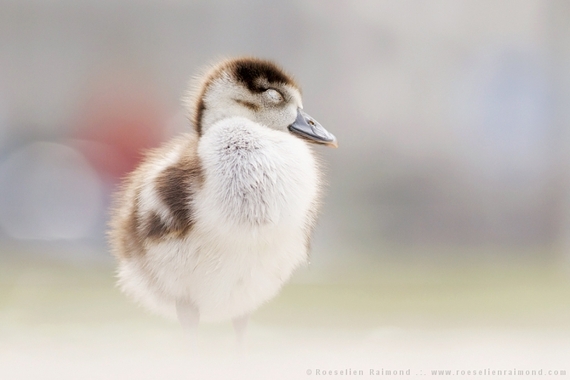 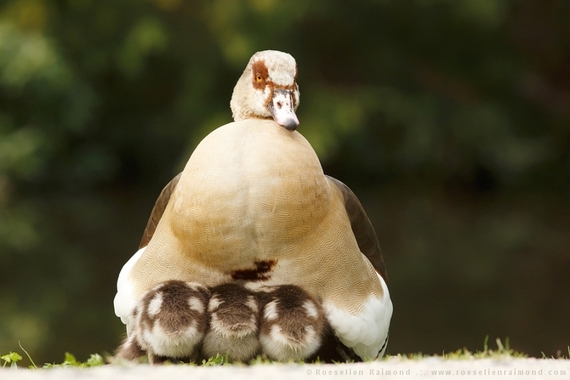 How many goslings fit in one mother goose? 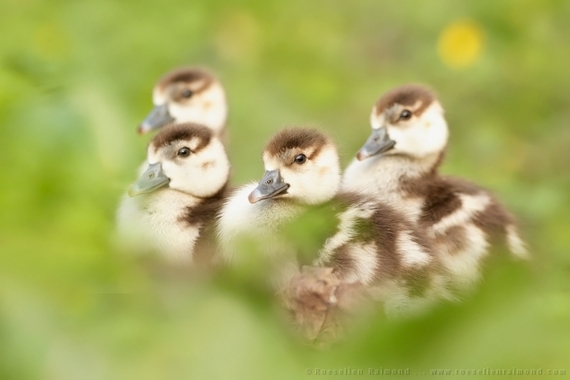 In a family portrait, we look pretty happy...