For the first time in years, the door is now open for cities to take the lead insuring all its citizens have affordable access on a non-discriminator basis to the Internet; a broadband infrastructure that can be one of the fastest, cheapest Internet services imaginable. The policy framework for other cities is now in place to insure that its citizens are not left behind.

While all the talk these days is about "Net Neutrality," in a second ruling this week the Federal Communications Commission (FCC) voted in favor of an order pre-empting state laws in North Carolina and Tennessee, laws that have restricted expansion of municipal broadband networks.

The FCC's decision now enables Wilson, N.C., and the Electric Power Board of Chattanooga, Tenn., to seek customers outside of its current boundaries and connect thousands of more citizens to high-speed Internet.

But more.The timing is ripe for all cities to start building their broadband future. 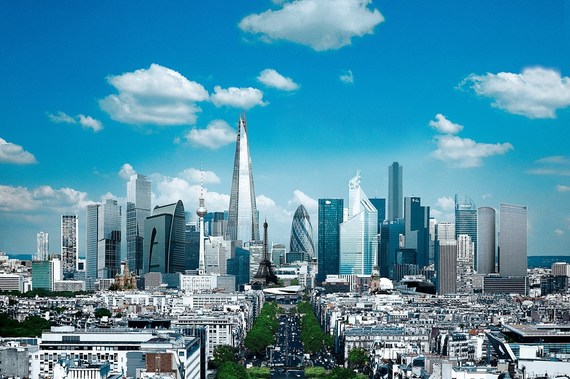 Benjamin Barber, author of If Mayors Ruled The World, has written just how critical the role of cities is.

"The nation-state is failing us on the global scale" ... "cities and the mayors that run them, offer the best new forces of good governance...They are the primary incubator of the cultural, social, and political innovations which shape our planet. And most importantly, they are unburdened with the issues of borders and sovereignty which hobble the capacity of nation-states to work with one another."

In every study about economic development, the importance of broadband Internet services are mentioned prominently. Given the realignment of power in the world -- from nations to cities to individuals--what the city does or does not do can determine their community's success and survival, or its demise; and as such, will determine the nation's success or failure.

We are not just talking about streaming movies, email, social media or Internet sales. We are talking about regional security, housing, law enforcement, fire, safety, transportation and the "Internet of Everything" ... when everything is connected to everything else.

Some more progressive cities are already working with other nearby cities or their county to do joint governmental planning and development, and provide not only police, fire and safety services but land use, transportation and telecommunications systems as well. 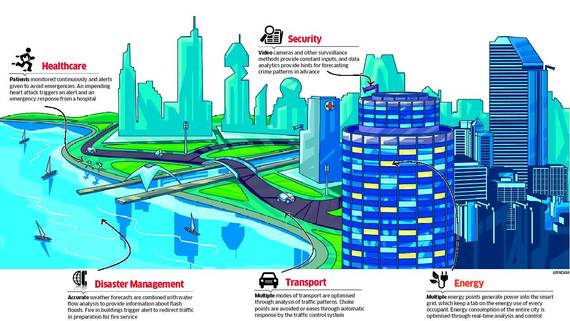 This clearly makes sense since people already live in one jurisdiction, work in another, and play or dine in a third. More importantly, the new creative economy demands consolidation to save money, and a repositioning of the larger region itself to succeed in the new global economy.

Broadband, or high speed Internet service is long overdue for such joint planning. Such Internet infrastructures are as important as waterways, railways and highways were in an earlier era.

According to the Brookings Institution in Washington D.C., "the top 100 metropolitan areas covers about two thirds of the nation's population and an even larger share of the nation's gross domestic product." It is these "regional economies" that foster quality places, vibrant downtowns, attractive town centers and historic, older suburbs that feed the development and acquisition of human capital, financial capital and contribute to resource efficient, sustainable growth.

Cities are more important than ever in our nation's history as we enter headlong into a new age of creativity and innovation.

The city is and has been the crucible of civilization; the center of commerce, and in this new age, can and must be the incubator of creativity; the place where people and cultures and ideas wash against one another producing the inventions and innovations the world needs and wants, and the finance and marketing plans to support them.

The city, of all our geopolitical institutions, needs to reinvent itself for this new global age. The FCC decision gives them the incentive.