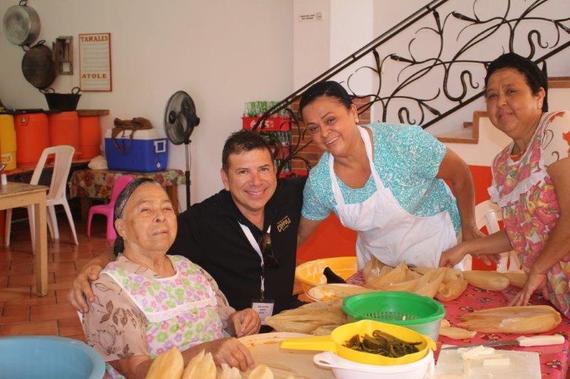 Travel was instilled into my blood at an early age. When I was 12 years, while on summer vacation, I learned how to bake bread in Greece. I was one of the lucky Americans whose parents took them on holiday travel overseas. I crossed the Atlantic more times by age 21 than most Americans will in a lifetime. Perhaps, it was fate that traveling the world led me to a job in the travel industry. I was destined to join the workforce as an entrepreneur in the field of travel.

As I traveled during my summer vacations I learned that people were more similar than they were different. Wherever I traveled, I found people to be kind and generous. I learned that people all have the same basic needs of food, shelter, a greater education, and to live in a peaceful society. What parent doesn't want to make the world a better place for their children and for their children's children? To this day, I've traveled to close to 100 countries, and I have never been mugged, accosted or robbed.

Twenty years ago, I found myself at a wedding in a suburb of a city in America's South. Not surprising, much of my time was spent at local watering holes. Soon I was chatting up the locals who all seemed nice enough. One evening over a couple of Jack Daniels, I was striking up a conversation with a local patron. We chatted about sports, typical guy stuff in a bar. I told my new drinking buddy that I was visiting from San Francisco, and that I was here for a wedding. This was when I received the shock of my life. My new acquaintance said to me, "hey man, you're a pretty cool dude, but how do you live in a city where you're one of the only straight men." Of course, he was referring to me being from San Francisco. Now, I'm rarely lost for words, but here I was truly stumped and speechless. I thought for a moment, what if I there really was such a city or maybe an island, filled with beautiful single women, and I was one of the only straight men. Could there be such a place? As I quickly returned to reality I replied, "It's not easy man, but somebody's got to do it."

That encounter prepared me when I recently read that only 35% of Americans actually have a passport. That's somewhere around a third of the U.S. population. Top this off that most Americans traveling abroad are business travelers, part of the 1% wealthy elite who can travel as they wish, or if leisure travelers, they are primarily visiting Canada and Mexico, the two nations that boarder the U.S. The number of Americans crossing an ocean seeking exploration and wisdom are around 15% of the population. 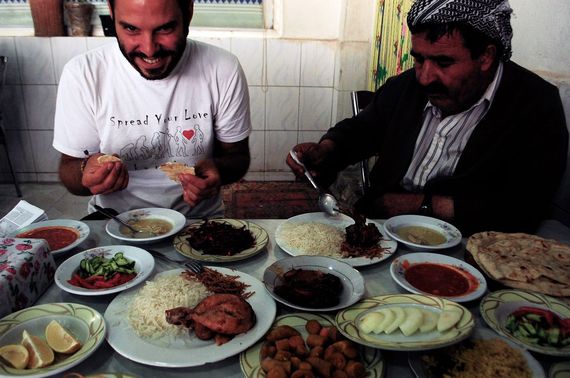 Perhaps, this should not come as a surprise. Furthermore latest polls suggest that fewer Americans than ever have an interest in traveling abroad. Most Americans are not even interested in international travel. This is nuts. Maybe, I do live in a bubble called San Francisco.

As the self-proclaimed leader of the free world, it's astounding to me that more Americans do not travel overseas. Travel connects us like to other way. Travel breaks down myths about people. Travel breeds understanding and tolerance. Richard Branson once told me that if more people traveled, there would less war. It's true, you're less likely to bomb a nation where you have visited and have made friends. 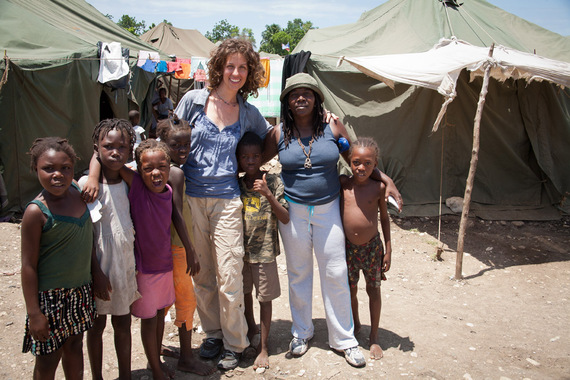 As it stands, taking out Canada and Mexico, when Americans do travel, where are they visiting? American travelers most popular overseas countries are: England, France, Italy, Germany, Dominican Republic, Jamaica, Japan, China, India, Bahamas and Costa Rica. A mere six percent of Americans visit the Middle East. Three percent of U.S. travelers visit Africa and only two percent visit Australia and New Zealand.

Nowadays, I spend anywhere from four to six months in the wonderful nation "south of the border." I live in the land of Mariachis and home to tequila in Puerto Vallarta, Mexico and north in Riviera Nayarit. I can't being to tell you the amount of times that I find myself as the poster child, defending Mexico to my friends from San Francisco, London, New York, San Diego and Los Angeles. Friends who live in large cities continue to ask me, "is it safe where you live?" or "aren't you afraid of getting jacked?" My personal favorites come from actual Mexican Americans living in the sprawled out megalopolis, and sometimes unsafe city of Los Angeles. I was once told, "I won't go to Mexico, I'm afraid that they would kill me." "They don't like Mexicans from America." I have no idea where this comes from. Maybe this comes from the U.S. media spewing garbage that Mexico is an unsafe country. Perhaps you should try embracing your wonderful culture and actually visit Mexico.

I'm all about travel immersion; I like to know what makes people tick. What makes people happy and what baggage does a nation have. With recent developments in Paris and San Bernardino a few American's want to brand all Arabs as bad people who are again the United States.

Travel breeds open-mindedness. I'll bet that those few Americans who hold prejudice towards others would have a different mindset if they actually visited faraway lands, learning new cultures, and meeting the inhabitants of distant lands.

Barriers would be broken down if Americans traveled to the likes of Egypt, Jordan, Israel or Iran. When we travel the world and learn from the local society and its people, the visitor and the host become greater world citizens. Your host wants to learn as much about where you come from and how you live, as much you as you, the traveler wish to learn about your host nation.

Travel changes the world for the better. Just imagine if more American's traveled overseas. Our perceptions of people and places would surely change.