Sarah Palin has apparently fooled another foreigner, this time a young British historian, Timothy Stanley, who can't quite see the American political landscape from his ivory tower at Oxford University.

In an "opinion piece" appearing at CNN.com (actually it borders more on phantasma), Stanley has rather absurdly posited that, had Sarah Palin entered the 2012 Republican Primary, "she'd have the nomination sewn up by now" and that "she'd be running even in the polls with the president."

It's a fool's fancy, of course, because Palin not only didn't have the moxie to run, she also lacked the requisite organizational skills to fashion a national campaign. And it's clear that she wanted to run very badly. She is obsessed with Obama--she has attacked him at every turn possible since she first began verbally assaulted his character during the 2008 campaign--and she is driven by a tenacious, albeit mercurial, ambition to maintain her presence on a national stage.

But a lock and even money? Surely he jests.

For the sake of argument, however, let's take Mr. Stanley--who has just completed a fawning political biography of Pat Buchanan--seriously for a moment. What would have happened if Palin had indeed run for president during the current election cycle? 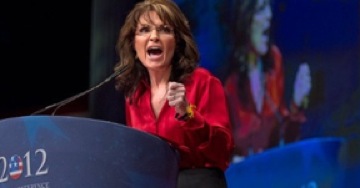 Mitt Romney most certainly would have entered the race. But so, too, would have all the other dime-a-dozen conservatives--Bachmann, Perry, Gingrich, Santorum, Cain, Pawlenty, et al--because none of them respected Palin enough--nor her organization enough--to stay out of the primary until Palin had made her decision. Palin was particularly furious that Perry threw his cowboy hat in the ring before she made up her mind.

How does Mr. Stanley arrive at his fanciful conclusion? He compares apples to kumquats.

He argues, for instance, that Palin suffers from "none of Newt Gingrich's intellectual hubris." Well, few people do. But she also lacks his superior debating skills and his in-depth knowledge of American political history. He also has a substantial national record of political accomplishment. Palin had an erratic half-term as governor of a surprisingly small state, during which a Republican-led legislative investigation found her guilty of "abusing her power." That's hardly a record on which to secure the presidency.

Stanley also proffers that "there's no way Palin would have promised to put a mine on the moon or suggest arresting judges who make decisions that are too liberal." Hmmm...Palin can, of course, see the moon from her home in Alaska, so there's no telling what she might have suggested for the lunar landscape; and this is someone who argued that end-of-life planning for seniors was the equivalent of "death panels."

Is her brand of conservatism really "far more domestic and down-to-Earth" than Rick Santorum's?

Come now. This is a woman who has pontificated about Putin rearing his head in American air space and who only recently charged that Obama was out to "weaken" the U.S. internationally. I'm afraid that Palin's peculiar ideological vision knows no borders.

Mr. Stanley contends that Palin's "only two serious public gaffes in 2008" happened when "she was unable to name a newspaper" and when she "was stumped by the Bush doctrine." Say what? Let me remind Mr. Stanley of Governor Palin's immortal response when she was asked by Katie Couric about the proposed federal bailout:

That's why I say I, like every American I'm speaking with, we're ill about this position that we have been put in. Where it is the taxpayers looking to bail out. But ultimately, what the bailout does is help those who are concerned about the health care reform that is needed to help shore up our economy. Um, helping, oh, it's got to be about job creation, too. Shoring up our economy, and putting it back on the right track. So health care reform and reducing taxes and reining in spending has got to accompany tax reductions, and tax relief for Americans, and trade--we have got to see trade as opportunity, not as, uh, competitive, um, scary thing, but one in five jobs created in the trade sector today. We've got to look at that as more opportunity. All of those things under the umbrella of job creation.


That's a verbatim quote. Tina Fey didn't have to change a single word in her famous turn as Palin on Saturday Night Live. That's right, not a single word.

Apparently Mr. Stanley was out of radio-range when Palin gave her celebrated interview to a French-Canadian comedian posing as French president Nicolas Sarkozy. When the Sarkozy character said to her, "You know, my wife is a popular singer and a former top model and she's so hot in bed," a giggling, star-struck Palin responded, "Oh my goodness, I didn't know that."

Palin, Mr. Stanley argues, "has always been a classy, well-choreographed performer." Apparently he doesn't recall that Palin's political operatives placed images of bulls-eye targets on Congressional seats during the 2010 election, and then, in the aftermath of the violent assassination attempt on Gabriel Giffords, Palin turned herself into a victim during a morally obscene response to the massacre, claiming that she had been a casualty of "blood libel" by "journalists and pundits." Classy she has not been.

Mr. Stanley contends that Palin, unlike Santorum, would have never responded "bullshit" to a question posed by a reporter--but when asked about Santorum's vulgar response, Palin strongly defended it, asserting that "he and the other candidates, all of them, they need to do more of this." Palin has chastised Obama for lacking "cajones" and has further asserted that certain reporters for Politico were "impotent and limp."

I'm not sure whom Mr. Stanley thinks he's fooling.

As for her match-up with the GOP frontrunner, Mr. Stanley contends that "Palin would have been a far more effective anti-Romney candidate because her strengths accentuated Romney's weaknesses." That Palin is a bigger draw on the hustings goes without saying. So is Lady Gaga. But Romney has ground out an all-but-certain victory in the GOP primary by his steady performances in the debates, strong organizational skills, and a formidable fundraising ability--all of which would have made mincemeat out of Palin.

The fact of the matter is that while a Palin candidacy certainly would have roused her narrow base--and generated considerable media coverage--she would have stumbled, almost with certainty, through the early primaries, and then faltered like all the rest of the angry mob before Super Tuesday. She possessed none of the grassroots organization required in Iowa (she had only a single operative on the ground); she is despised in New Hampshire (she alienated many GOP operatives during her visit to the Granite State in 2008); and her own protégée in South Carolina, Nikki Haley, came out early for Romney.

Moreover, Palin's fundraising efforts tanked. A year ago, she had raised the most money of any potential candidates in the GOP field. But in the aftermath of her discordant response to the tragedy in Tucson, contributions to her political action committee, SarahPAC, slowed to a trickle. During the past six months SarahPAC has raised less than half of what it raised during the same time period a year earlier.

But the real telltale numbers regarding Palin are her negative favorability ratings nationally. Had Stanley understood the political calculus of realpolitik, he'd grasp how facetious his argument really is. Ever since her disastrous Couric interview--her inability to name newspapers that she read was only the beginning of her problems-- Palin's favorability rating has trended precipitously downward. A CBS poll conducted last fall, right before Palin announced her decision not to run, showed that her favorability rating among all voters nationwide had sunk to 21 percent.

Secured the nomination? That's a joke. Polling even with Barack Obama? Get serious. Anyone who's ever been involved in a real campaign knows those are numbers that cannot be overcome by any candidate.

Again, the proof is in the pudding. In the so-called silent primary leading up to the 2012 election, several important figures from the conservative Republican establishment signaled their opposition to a Palin candidacy, from Karl Rove to Peggy Noonan, from Anne Coulter to George H. W. Bush. Former McCain campaign senior advisers John Weaver and Steve Schmidt dubbed a potential Palin run for the White House as "a political apocalypse" and "catastrophic," respectively. Former Bush White House communications chief Nicolle Wallace, who also served as a senior adviser to McCain, characterized Palin as "cuckoo for Cocoa Puffs."

These are all Republicans, mind you. In maneuvering towards a run for the presidency, Palin was traversing a political bridge to nowhere, and fast. 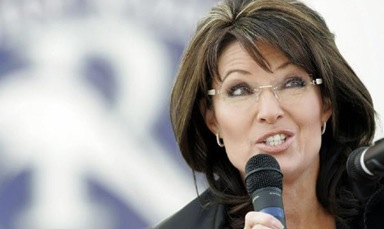 This is all speculative smoke and mirrors on Mr. Stanley's part. A detailed poll conducted little more than a year ago in Alaska thoroughly disputes his assertions. Palin's favorability ratings were lowest among women over 60. Her favorability with voters under 40 was a dismal 32 percent. Her only strong demographic was white males over 50. Her overall favorable/unfavorable rating among all Alaska voters was a whopping negative-18. She's political toast in Alaska, just as she's toast on the national stage. Bring out the marmalade. She's back to her trailer-trash feud with Levi Johnston these days--and that's probably where she best belongs.

That Palin loves the political tease of running for national office goes without saying. She thrives on taunting Obama and pretending that she has a role to play in the national dialogue. But for the most part, she's a joke and a punch line, a fringe player on the Republican right. Hers is a political nihilism, to borrow a phrase from one of Stanley's more thoughtful countrymen, "full of sound and fury, signifying nothing."

As for 2016? By then Palin will have been long forgotten as a serious political figure. She may be a talking head somewhere, or in another bad reality show, but if Romney secures the nomination (all but certain) and wins the election (Vegas has him as a 9/4 underdog), it will be his party for the next eight years. If Obama wins (he remains the slim favorite), it will be Marco Rubio or Chris Christie or Nikki Haley or John Thune or Bobby Jindal or some other newcomer to the field--not someone, Mr. Stanley, who thought that the Queen of England makes British foreign policy decisions. Care to wager, ol' chap?