The world of Westeros is full of thousands of family lines, big and small, but only a few dozen rise to the top as being memorable or having any power at all. The social media landscape is no different. Whether it is social media, or one of the many major characters, it's easy to forget about them until they reappear.

Here is a list ten social media sites as represented by Game of Thrones houses -- partially, to help you understand them better, but mostly just for fun.

Facebook is the old, rich and established (but steadily declining) power in the realm. And true to the Lannister characters, Facebook isn't afraid to sell the secrets of its own members if it means being able to secure more of that power.

House Arryn is known as the aviary kingdom with strange customs that only its members seem to understand. Like Twitter, some of its most powerful members will disappear whenever conflict or scandal arises.

Linkedin is full of ambition and climbing the ladder. Connections and treaties are made specifically to advance one's own purposes. Secret chambers (closed groups) exist to trade industry secrets. And like Facebook/the Lannisters, Linkedin/Baelish isn't seen as a threat.

An (official) Barantheon king once sat upon the Iron Throne, but it seemed short-lived and so long ago. The remaining tried to pin their hopes on Renly Baratheon, just as investors thought that Justin Timberlake would rescue the dying site, but those icons were all charm and no substance. They lost their moment to retake the throne.

Google+ proclaimed its strength and claimed it would sweep down to take control of the realm but entered the field a little too late. Isolated in the cold northern seas, this family occasionally pokes at other houses, but to no effect. Google has the strength to pay "the iron price," but the kingdom remains unmoved. And like the Greyjoys, Google+ is disliked by most.

House Tyrell is known for its strong women, fine foods, incredible clothing and their ability to throw an extravagant wedding. Without a doubt, Pinterest is the social media site for these things as well.

YouTube has considerable might and seems to operate in world completely different than Facebook. While several other video sharing sites have tried to kill it off, it remains elusive and strong. Like House Targarean being powered by the force of Dragons, YouTube has another mighty animal that mesmerizes its audiences: the cat.

While the house words for Tully are "Family, Duty, Honor," the members are known for their stubbornness and doing what each thinks is right to protect their honor. Though it is a house positioned with fertile lands and many fierce bannermen in its ranks, no one really expects them to take the Iron Throne.

Like House Frey, Ello is viewed as the upstart social media site with its own persecution complex. Ello relished being in a powerful position where many were hoping to use it, but it flailed in its key strategic moment.

Instagram is all about eye candy, catchy hashtags, and seducing new users in. House Martell is no different: one-liners, visually appealing and a little foreign to older members of the realm. Like Instagram and its relationship to Facebook, in the end, Oberyn Martell gets "owned" by House Lannister.

Obviously, there are many more social media sites just as there are noble houses in Game of Thrones. If you saw social media in the eyes of Westeros, how would you line things up?

Download
Calling all HuffPost superfans!
Sign up for membership to become a founding member and help shape HuffPost's next chapter
Join HuffPost
Follow Simon Tam on Twitter: www.twitter.com/SimonTheTam
Voting Made Easy
Register to vote and apply for an absentee ballot today
Register now

Game Of Thrones Got Social Media Facebook Ello
This Blogger's Books and Other Items from... 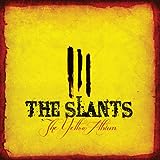 How to Get Sponsorships and Endorsements: Get Funding for Bands, Non-Profits, and more!
by Simon S Tam