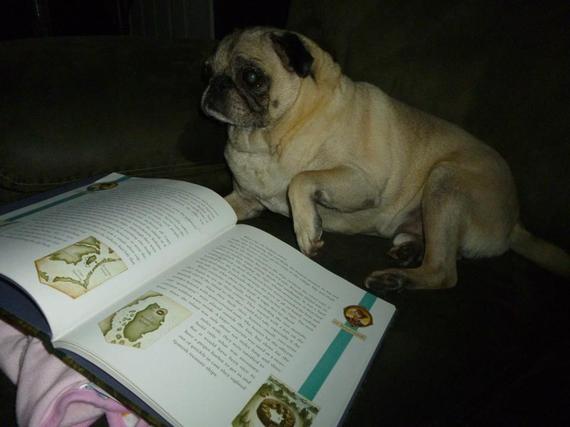 Growing up in the '80s, I read every Stephen King book that I could get my hands on. I loved the magic of The Green Mile and the frightening premise of Thinner. And when in 2009, King released another monster-sized novel called Under the Dome, I was thrilled. I read the book and, several years later, watched every episode of the show. But lately, as a mother with children, I moved away from King's scary books. As I was pulled into the world of child-friendly stories, I found myself wondering what life would have been like if Stephen King had written children's books.

Here I try to imagine what that would have looked like. Even when writing for kids, King's tales would remain macabre. After all, he is the master of horror...

Under the Comb (based on Under the Dome)

This is the harrowing story of a mother and daughter who fight the evil head lice that have infiltrated Castle Rock elementary school. During school pictures, there was definite comb-sharing, and when the school nurse finds a nit in Torrance's hair, even after her mother adds tea tree oil to the family shampoo, all hell breaks loose. Torrance's mother is so angry she goes off the deep end soaking the girl's head in mayo, olive oil and every other condiment known to man. In the gut-wrenching finale, Torrance's mother, Margaret White, after receiving a direct message from God, takes out her clipping shears and gives Tor a menacing mohawk. Distraught by her mother's actions, the girl quits the junior tumbling squad and joins a biker gang of 1980s throwback kids who ride their Huffy bikes all over the neighborhood unsupervised, and don't return until the street lights come on.

The Green Bile (based on The Green Mile)

Based on a true story: A family of six comes down with the stomach bug to end all stomach bugs. First it hits the kids, then the mom and dad. The house is such a mess, the laundry piles up and the parents can't even. After the 15th load, the washer floods and the children float into the neighbor's yard. The parents attempt to retrieve their brood of four, but realize the youngest has floated down into the sewer system. They hear the maniacal laughter of a crazy clown who feeds off the children's illness, which has now spread to the whole town. The people of Derry have created a total and utter barforama. Eleven-year-old Tommy must save his family and his town before it is buried under a sea of bile.

Winner (based on Thinner)

At a town Little League championship, the parents band together against a grandmother who makes a fuss about the fact that they are giving all the children a trophy, not just the winning team. Her children never received trophies just for playing, the grandmother insists. If you make them all winners all the time, they'll never learn how to lose, she warns. The parents force Dolores Claiborne off the field and into the street, where she is hit by a car driven by a local teenage boy. Just as she is about to meet her maker, Dolores swears she sees the car's headlights glow a demonic red. The mob buries her in the neighboring pet cemetery. After things calm down, Oprah joins them at the banquet held at the local town hall. She hands out trophies while yelling, "You're a winner and you're a winner. You are all winners," and the kids believe her because, well, she's Oprah.

The Bed Zone (based on The Dead Zone)


A mother goes to bed one night and is haunted by her three children, who come to her in the darkness. The first comes at the stroke of midnight, complaining of nightmares. The second throws up in her bed, and the mother, so harried from lack of sleep, remembers the back-up set of sheets are still in the washer (after three days). And the third and final child makes a striking and exhausting argument that it is unfair that his siblings get to sleep in the parent's bed when he does not. The tired mother, Rose, upset that the whole Madder family is in the queen-size bed, brings the child back to his room, only to realize, with growing dread, that he has returned when she momentarily nodded off -- and the dog and cat have joined him. Rose vows to get even after the youngest (or the dog, no one is sure) has an accident in the bed. She is sick of having to deal with the tiny little slice of space she has in her own bed. Rose is tired of never sleeping. The mother of three will have her revenge... but in the meantime, realizes that she is battling a bad case of insomnia. Rose flees to the couch, where she watches every episode of Orange is the New Black on Netflix. Prison doesn't seem so bad -- at least they get to sleep.

Cell (based on Cell)

A mother allows her young son to use her cell phone to watch an egg surprise video on YouTube. The egg they open contains a rare toy that has the potential to unlock the gates to hell. Oblivious, she orders a Venti, half whole milk, one quarter 1%, one quarter non-fat, extra hot, split quad shots (1 1/2 shots decaf, 2 1/2 shots regular), no foam latte, with whip, 2 packets of Splenda, 1 Sugar in the Raw, a touch of vanilla syrup and 3 short sprinkles of cinnamon from the Target Starbucks. The mother, hyped up on caffeine and mega savings, posts a status update to Facebook of her trying on various outfits. She hopes her friends will like the floral print dress, though she knows they'll choose the striped one. Her son tries to show her the video in order to stop the unfolding events that could lead to the end of days. She is so absorbed in picking out wine for a Jamberry party she'll be hosting later that evening that she ignores him. Big mistake! The son, afraid and looking for a weapon to go fight the bad guys, runs into the one-to-three dollar area and is lost forever. The mother only notices that he is missing after watching an employee named Carrie call for a price check on maxi pads, which is what the mother originally came to Target for.

This post first appeared on the blog Suburban Shit Show: Tales from the Tree-Lined Trenches.

More:
stephen kingparenting humorthe-playroomPop CultureParents
Newsletter Sign Up
Raise the kind of person you'd like to know
Subscribe to our parenting newsletter.
Successfully Subscribed!
Realness delivered to your inbox