Hotels are travelers' homes away from home -- and sometimes their secrets retreats -- so it's no surprise that they've been the sites of many an invention, scandal... and even birth! While they operated under different circumstances than they do nowadays, and were not regularly referred to as hotels until the late 18th century, hotels have been vital players in society, and history, since the earliest Greco-Roman civilizations. In fact, we have numerous hotels to thank for many things we take for granted today. The New Yorker? Dreamed up in a hotel. The Bloody Mary? First concocted in a hotel. The heart-shaped tub? Well, some of us love them -- and they, too, were first introduced in a hotel. Here are nine famous things, people, and even lines that wouldn't exist today if it weren't for these hotels. 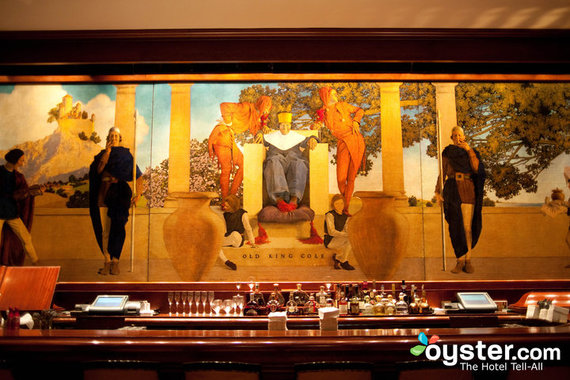 The Bloody Mary, renamed "The Red Snapper" by hotel patrons who found the moniker too gruesome, was dreamed up at the The St. Regis's famed King Cole Bar over eighty years ago. The grand property is known for its extraordinary service -- rivaled only by that of the Plaza -- but the hotel has many other outstanding features, including 229 elegant rooms with great amenities, a world-class spa, and a great location on Fifth Avenue. 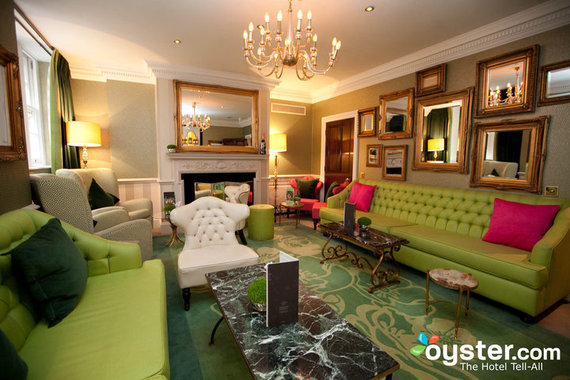 Dukes Hotel is a pricey, prestigious 90-room boutique delivering an updated take on classic English luxury. It's quietly opulent and features plenty of special boutique amenities, such as a cognac and cigar garden, and a Drawing Room where traditional afternoon tea is served. The most notable feature, however, is Dukes Bar, which James Bond creator Ian Fleming frequented, and where he came up with the famous "Shaken, not stirred" line. (The bar is, naturally, famous for its martinis -- but note that there's a strict dress code.) 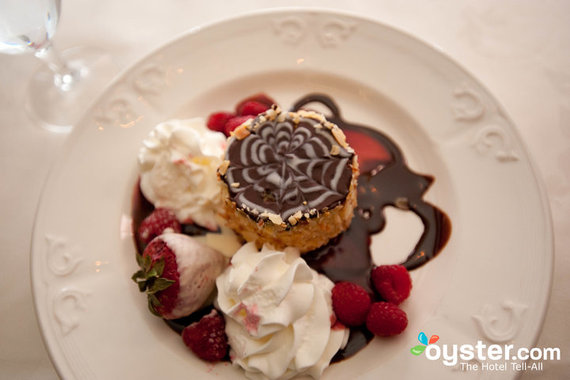 Steeped in history, stuffed with ghost lore, and teeming with old-world grandeur, the surprisingly affordable Omni Parker House is the place to stay for a taste of Boston's literary and political past. But we're most interested in its culinary history; not only is the hotel, opened in 1856, responsible for Parker House rolls, but it is also the birthplace of the official state dessert of Massachusetts: the Boston cream pie. 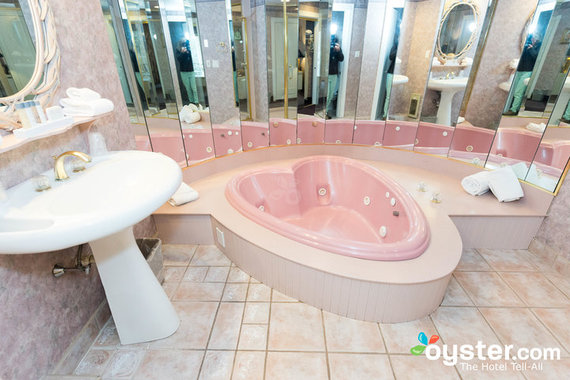 A throwback to the glory days of heart-shaped bathtubs and gaudy theme decor, Cove Haven Resort is a couples-only property stuck in the summer of love. A honeymoon destination since the 1960s, this Poconos getaway has become an American institution; its founder invented, and introduced, the heart-shaped "Sweetheart Tub" here. 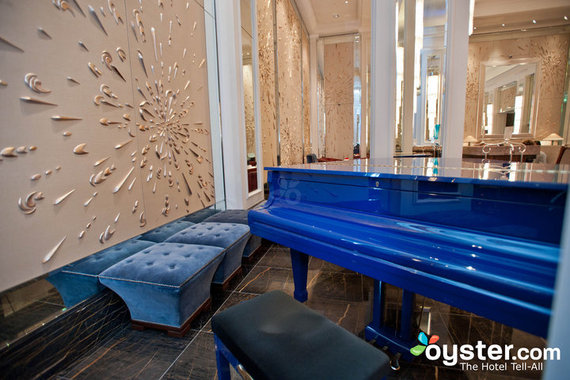 Langham Hotel is known as the birthplace of the afternoon tea tradition, originated in the 1860s, and is arguably the most famous afternoon tea spot in London. Luxurious, stately, and composed, this 380-room hotel projects an air of exclusivity. But for a certain quintessentially English air of prestige without the usual pretension, and a premier location for West End shopping, this is a good place to be. The ultra-luxurious Chuan Spa, 16-meter pool, and salt sauna don't hurt its high-end credentials either. 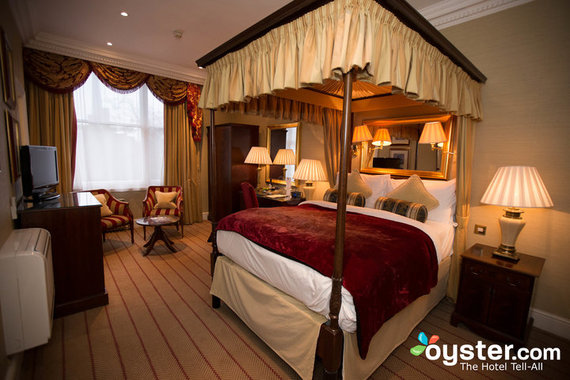 Originally two private residences, then a boarding school, and then a hospital before becoming a hotel, The Colonnade is where famed mathematician and war hero Alan Turing, the central figure in "The Imitation Game," was born. The property's Maida Vale setting is particularly pleasant, while the nearby Tube connection makes getting into town easy -- gorgeous Little Venice is also just around the corner. 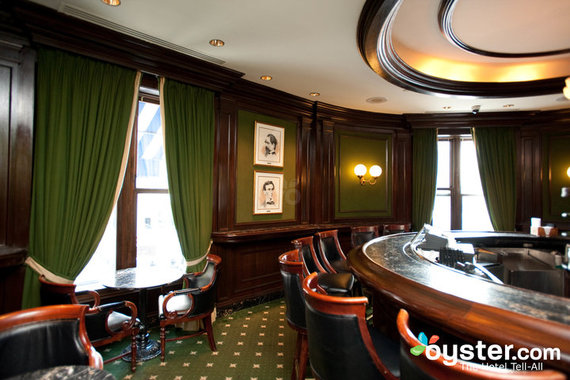 A grande dame hotel that's hosted presidents and diplomats since 1901, the 332-room Willard is a D.C. icon dripping with history, just two blocks from the White House. Kentucky Senator Henry Clay allegedly established the official recipe for the mint julep on the site of the Willard in the early 1800s, and the stately Round Robin Bar still proudly serves it today -- Maker's Mark bourbon, mint, sugar, and branch water for $15. 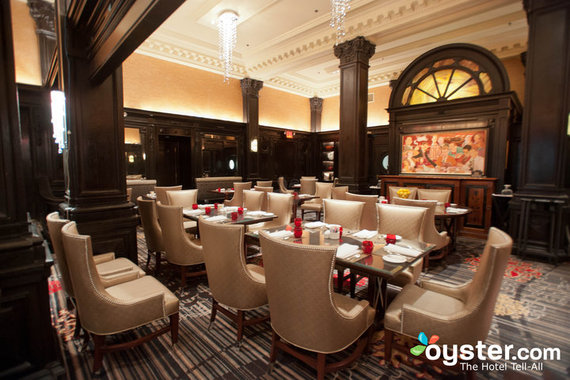 Located on the same block as the Harvard and Yale clubs, the 174-room Algonquin plays up its established literary pedigree. This is the home of the infamous Round Table, where The New Yorker was created, and where virtually every major writer of the last century, from William Faulkner to Maya Angelou, has bunkered down. After extensive renovations in early 2012, rooms have a more contemporary look, with large black-and-white photos, stylish furnishings, and new bathrooms with glass-enclosed walk-in showers and L'Occitane toiletries. 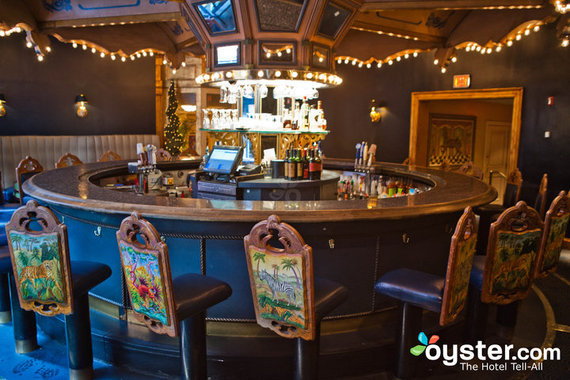 Hotel Monteleone, located in the lively French Quarter, is also steeped in literary history. Ernest Hemingway and Tennessee Williams, among others, mentioned the hotel numerous times in their great works, and they -- along with William Faulkner -- were frequent guests at the hotel. Taking it one step further, Truman Capote often claimed that he was born in the hotel, most famously during an appearance on The Tonight Show. We still allow him to make the list, but it has actually been proven that, though his mother did stay at the hotel during her pregnancy, Capote was born in a nearby hospital.