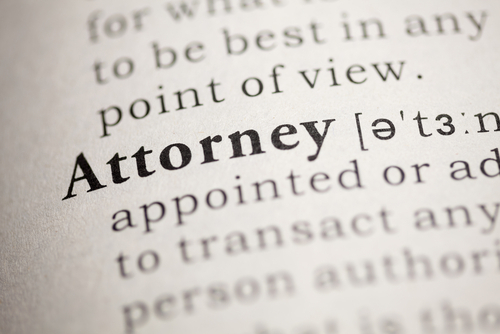 Today I said it again. After my correctional counselor came to my prison cell and said that she wanted to see me in the Unit Team area, I looked to my cellmate and said, "If they lock me up, call my attorney." It was yet another reminder of the culture of official retaliation in the Federal Bureau of Prisons.

A Culture of Official Retaliation

The Federal Bureau of Prisons has a long and colorful history of retaliating against inmates for the exercise of their legal rights. This has included retaliation for having the gall to file a grievance in an attempt to push prison health care workers to treatment a medical problem. It has come in the form of retaliation for publishing an article that the Bureau of Prisons disagrees with (probably most of my articles, now that I think about it). Or, as in the seemingly vanilla case today, this could be retaliation for merely trying to schedule a legal visit with my attorney -- who is handling a suit against the Federal Bureau of Prisons for me concerning lack of dental care. Official retaliation is part of the culture in the BOP, and that will probably never change until it becomes too painful for official actors to tolerate.

Over the years, I have learned to expect the worst when dealing with Federal Bureau of Prisons' officials. I feel like a veteran now that I've served eight years. To a certain extent, I've grown into adulthood within the confines of prison, serving time since I was 20-years-old. This time has taught me that when the guns go off, I should duck, but look to ensure that it is not me being fired upon (and if it is, to look for an exit). This desensitization occurs, in the literal as well as the figurative sense.

Most of the time, the retaliation is nothing more than small acts of cruelty. This could be a counselor -- who is responsible for celling assignments -- refusing to move someone to a different cell when personalities clash. In one case, I had a counselor tell me, "This isn't McDonalds, you can't have it your way." The counselor and I didn't get along well, so this was her way of showing me that she was the boss. Or it could be a front-line cop shaking down a cell for too much toilet paper or for an inmate having too many socks or pairs of underwear after the inmate files a grievance for one thing or another. Obviously this isn't anything life-threatening, but it is something, and it is woven into the very fabric of the inmate-prison guard relationship.

Sometimes the retaliation is worse, much worse. Like when an inmate follows procedure and files a report on an officer sexually harassing him or her -- and gets tossed in the hole, ostensibly for their "protection," i.e., payback. The list goes on and on.

As for something closer to home, in 2012, various official actors in the Federal Bureau of Prisons issued me several disciplinary incident reports for my writing endeavors. They said that the free, prison education newsletter that I was the editor of -- the Education Behind Bars Newsletter -- and a book that I wrote constituted conducting a business. They also alleged that I had used the telephone, mail and email to engage in this supposed business. I was subsequently confined to the Special Housing Unit ("the hole") for five months as punishment. After appealing the adverse disciplinary findings -- which took 10 months -- all of the findings were overturned and my record expunged. This experience put me on edge, and most certainly exasperated my anxiety disorder, along with several visible and persistent social problems since my release (for example, my dislike of crowds and anger now being my first response in most adverse situations).

Living the Experience: Always Being Under Fire

Those of us who have served serious time realize that at a moment's notice everything can be snatched away from us. We know that all it takes is a single email, telephone call, personal discussion, or incident report for us to be handcuffed and thrown into solitary confinement. We also know that it's hard to undo these sorts of actions, even when it turns out that official actors were either, a) simply wrong or, b) acting maliciously when doing so in the first place.

This worry -- and lack of protection from official retaliation and abuse -- leaves most inmates cowed due to fear. For others, it acts as a constant agitation and worry. Just think about it, at a moment's notice you could be thrown in jail and not even afforded the opportunity to speak with a lawyer (well, you could, if you could locate one, hire him or her, and have the funds to pay them). This is the life of a federal prison inmate. And it's even worse for those of us who advocate for prison reform, prison education, or merely express our personal thoughts in the form of essays online or in print. This is the life that I live.

Waiting on the Other Shoe to Drop

When I went to see my counselor we got into an argument. My attorney wanted to schedule a legal visit, but was doing so on short notice. He wanted to visit me the next day. I started the discussion by being perfectly polite and professional. But my counselor felt it prudent to put me in my place for having the nerve to make this request. We then had two more discussion concerning the matter, each more confrontational.

I can't share how this will end because I don't yet know. But what I do know is that every time that I have to tell someone "if I get locked up, call my attorney," a little piece of my humanity gets hammered into something more coarse, something a little more angry and calloused than before. This is the process of becoming a convict, something that no one wants to become and no one wants to create, but occurs nevertheless.

And with that, I'll say it one final time in the hopes of someone taking my words to heart: "If they lock me up, call my attorney."