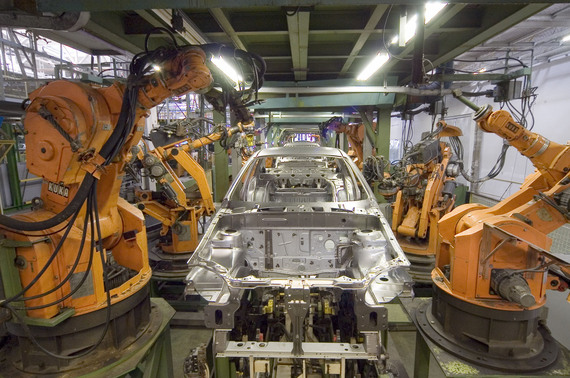 Religion played a mighty role in pushing Donald Trump over the top and into the Presidency. One religious group in particular was instrumental in his victory. Eighty percent of white Evangelicals voted for Trump--and evangelicals represent 20 percent of all registered voters.

Religious folks unanimously admitted they deplored many of the ugly behaviors and views of Donald Trump. Not surprising, since what they saw and heard was antithetical to their core religious principles and values. Yet they were willing to look the other way in exchange for several promises, most prominently his pledge to workers to be their savior by reversing the dislocations, job losses, and insecurities traced to globalization and the technological revolution.

When religious voters sacrifice their core values for Trump's guarantee about the future they may well be investing in a dangerous if not impossible fantasy. How many are expecting the restoration of the 1950's? How many long for a dominantly white America, with families living in suburbia with a white picket fence, a two-car garage, a back yard barbecue, mommy the homemaker, daddy the breadwinner, 2.5 children, and a dog named spot? How many envision daddy working on the factory production line for twenty-five years and then retiring with a generous pension and blissfully sailing into a well-financed retirement?

There's good reasons to doubt that Trump can fulfill his promises to religious supporters and others who have latched on to this working-class rebellion. First, even if manufacturers can be forced to bring their factories back to the U.S. with much higher hourly wages than they pay oversees, we must face the fact that the modern factory is largely automated. Even the factory jobs for humans require technological skills that many disenfranchised workers don't have. And that's the crucial point here--which many Trump supporters, and Trump himself--choose to ignore or dismiss. The fact is that if workers did have those skills there are plentiful jobs available right now in the U.S. that are going unfilled. Earlier this year Gov. Terry McAuliffe of Virginia announced, "I have 30,000 technology jobs open...but experienced workers aren't available." And CNN Money noted, "America has millions of jobs openings -- more than any point since 2000... It signals a persistent problem in America's economy: the skills gap."

The skills gap is not the only stumbling block. Religious voters who endorsed Trump have rolled the dice on another bigger gamble, which could have dire consequences for communities of faith: Mass defections from religious affiliation--a process that has been in play over the last decade--would no doubt accelerate if the factories with well paying jobs don't materialize and the economy turns sour. If this happens, how will religious leaders and their flocks explain to the next generation their abandonment of religious principles for a false prophet?

Religious affiliations have fallen in recent decades and not because of defections from faith. In the search for meaningful values, congregants disappointed in their churches are switching denominations in unprecedented numbers, often in the quest for genuine spirituality. According to a Pew research survey, a whopping "34% of American [Protestant] adults currently have a religious identity different from the one in which they were raised." And the "nones"--those claiming no religious affiliation--have grown exponentially, now comprising more than 23 percent of adults and as much as 40 percent of those under age 30.

If Trump doesn't deliver, will the hypocrisy of religious voters in sacrificing their core values come back to bite them, as suggested in a Religion News Service commentary: "Hypocrisies and conflicts in church, when they (inevitably) erupt, don't just drive people to other churches, as in the past, but sometimes take them out of Christianity altogether."

Will popular sermons like the ones on the story of Job punctuate the hypocrisy, since Job was a believer who stuck to his faith in God and religious principles in the face of extreme adversities?

If Trump doesn't deliver, children and grandchildren might ask religious devotees who endorsed him: "What did you stick to in the face of your fears and anxieties?" That could become a haunting question for the millions of Evangelicals who voted for Trump.