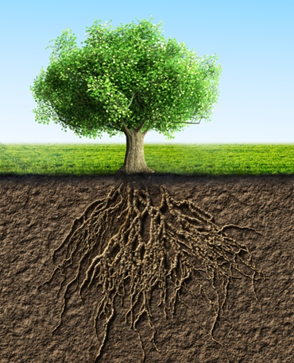 President Obama has said it out loud, noting that "there are biases -- some conscious and unconscious -- that have to be rooted out." Many commentators, including me, have pointed to unconscious bias (rather than overt racism) as what underlies the ongoing racial tension in our country. It also deprives organizations of the known value of true diversity. So how do we "root it out"?

The answer is to make people aware of their own biases - so they can change their thinking and their actions. As a result, many organizations turn to "unconscious bias training." Does it work?

Apparently some companies frame the problem being addressed as prevention of costly lawsuits. Often the approach is to "blame and shame" participants about their biases "signaling that the training is remedial." And many make the training mandatory. Not only are such approaches unlikely to engage interest or commitment, the research shows, it can actually backfire and cause backlash. "[L]aboratory studies show that this kind of force-feeding can activate bias rather than stamp it out.... People often rebel against rules to assert their autonomy. Try to coerce me to do X, Y, or Z, and I'll do the opposite just to prove that I'm my own person." Instead of improving tools of inclusiveness, trainers say, participants "respond to compulsory courses with anger and resistance--and many participants actually report more animosity toward other groups afterward."

Well, duh! Any of these approaches, common sense tells us, won't work. If mandatory programs backfire, make them voluntary and interesting. The HBR report shows that voluntary programs evoke a positive response. Avoidance of litigation is the lowest level to approach the issue of diversity. Effective training programs frame diversity and inclusion as a business opportunity and an opportunity to increase engagement and make individuals and teams more effective - not as a way to avoid legal risk! Blaming and shaming naturally put people on the defense. Our workshops always stress that the purpose is improvement, not remediation.

Most important we need to "normalize" bias, to de-stigmatize it, taking the judgment (and therefore defensiveness) away. Shankar Vedantam's book, The Hidden Brain, explores the brain science underlying bias. He shows that biases are a human survival mechanism. Only if we recognize that everyone has bias can we open the conversation about what our individual biases are - and how they create privilege for some and obstacles for others.

What is your experience with unconscious bias training? Has it given you skills to operate more inclusively? Has it made your organization more inclusive?