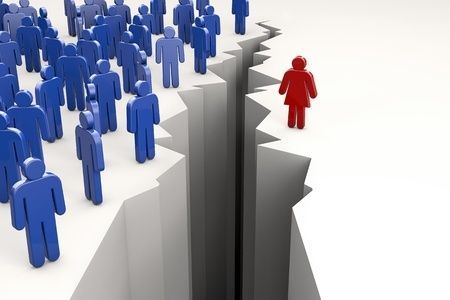 Imagine what your life would be like if you didn’t have to worry about money.

No longer do you have to lay awake at night worrying about paying the bills on time.

Or affording quality childcare or the kids’ college tuition.

Retirement is no longer a pipe dream.

People love to use the cliché money can’t buy you happiness.

Money provides you with the freedom to make choices that would otherwise remain closed to you.

And women who refuse to insist they get paid what they are worth do themselves, their families and their companies a disservice.

Here is an excerpt from my soon to be released book titled: “Money Can Buy You Happiness: Secrets Women Need to Know to Get Paid What They Are Worth!”

“Maybe you are aware of this fact: Ten years into their careers, women earn twelve percent less than their male colleagues, according to research done by AmericanProgress.org. This pay discrepancy between men and women continues at the graduate school level, where “Catalyst research found that women MBA(s) were being paid, on average, $4,600 less in their first job than men.”

Are you going to allow yourself to be one of those women?

Listen to these theories that researchers suggest explain the ongoing gender wage gap:

*Women traditionally take on more of the household responsibilities than men.

*Women tend to interrupt their careers more than men to have children and/or take care of their elderly parents.

*Women are more inclined to work part time than men.

Given the considerable validity to the above reasons explaining the gender wage gap, why is it that according to AmericanProgress.Org, “forty-one percent of the wage gap is still unexplained by measurable factors”?

I’ll tell you why. Because women like you, and thousands of others I’ve worked with over the years, are afraid. Money is a dirty word. Asking for what you want and deserve is hard. The gender gap continues because you are under the influence of a societal bias, true. Even if men and women hold the same job and have the same background, with all other things being equal (which of course they never really are), the gender wage gap remains alive and well for modern American women across the board.

How long will you pay the extremely high cost, both financial and emotional for your financial ignorance? In modern American society, two-thirds of you are the primary breadwinner or co-breadwinner for your family. You aren’t only working because you enjoy it, your mortgage, the kids’ school tuition, the groceries that go on the table are being paid for from your hard work. You aren’t just earning “extra spending money” or mani-pedi money anymore. You are bringing home the bacon, and the whole meal, and it’s about time you got a grip on what’s holding you back from being paid what you deserve and/or charging what you are worth.

Why does this societal norm of paying women less than they are worth continue?

Look for my new book: “Money Can Buy You Happiness: Secrets Women Need to Know to Get Paid What They Are Worth!” on Amazon on Tuesday, January 26, 2016.

If you are serious about taking personal responsibility for closing your own gender wage gap – and insist you get paid what you are worth- and deserve, this book is a must read.