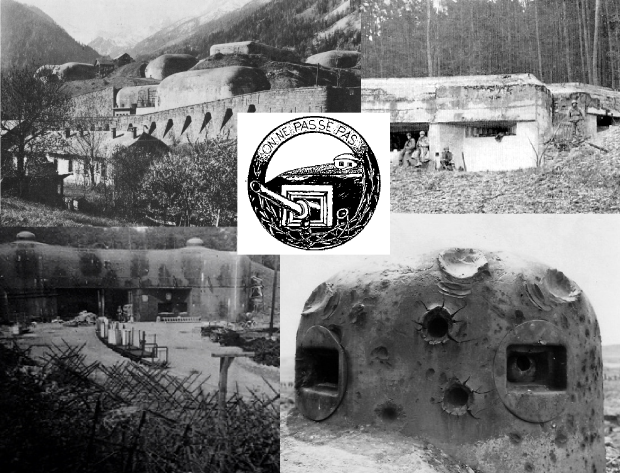 Puzzled by the immigration debate? Remember the Maginot Line.

That formidable French system of fortifications was built in the '30s by André Maginot, the French minister of war, to guard against invasion from the east. Unfortunately, the Nazi blitzkrieg did an end run around it and overran France in six weeks.

Poor M. Maginot has become shorthand for "fighting the last war". But at least he was trying to confront an existential and imminent threat.

The dreaded invasion of "illegal aliens", against which our own Maginots have built hundreds of miles of border walls, called out the National Guard and scrambled the drones, actually peaked in 2000 and has long since been over. Since the onset of the Great Recession, slightly more Mexicans have gone home to Mexico than have come here, and currently net migration appears to be near zero. The total population of undocumented immigrants is down about 8 percent from its 2007 peak. And ultimately, rather than devastation, the influx has brought modest but widespread benefits to our economy and society.

This exodus began in the mid-90s, driven by powerful push and pull forces. In Mexico, the North American Free Trade Agreement drove many poor farmers off their lands, and the Peso Crisis of 1994 slashed real wages by some 20 percent. Meanwhile, the U.S. economy's technology-fuelled upswing raised wages even for low-income workers.

Such an economic convergence is unlikely to occur again. The ups and downs of the Mexican economy are now more tightly coupled with ours. And declining birth rates In Mexico along with increasing education and job opportunities suggest that factors pushing emigrants towards El Norte may continue to shrink in the medium to long term.

But our Maginots are still hunkered in their bunkers, demanding measures that were never cost-effective and often counter-productive against a phantom enemy.

The U.S.-Mexico border runs nearly 2,000 miles, much of it across the Sonora Desert, between a very rich country and a moderately poor one. It can never be completely secured against migration no matter how much it's militarized. We long ago reached the point of diminishing returns for throwing money, technology and manpower at it.

Maginot-ization has made crossing more grueling and dangerous, but nearly all those willing to keep trying get across eventually. Meanwhile, an estimated 30 to 40 percent of the undocumented simply entered legally and overstayed their visas. The only things that effectively deter determined immigrants are tight job markets here or improved ones back home.

The border enforcement surge has also had some nasty unintended consequences. The resulting tripling of the cost of a coyote (guide) has provided an effective subsidy to the drug cartels that control key areas of the border and prey on migrants. Heavy enforcement in populated areas has driven more crossings out into the desert wilderness, where outrageous numbers of people continue to perish.

The fortified border has also discouraged circular migration. Since the beginning, the dominant pattern has been to travel back and forth every year or two and eventually build a better life back home. Now growing costs and dangers have led more immigrants to stay longer in the States or to settle here permanently and bring their families.

After over a century of rising and falling with the economic tides of both countries, unauthorized immigration is deeply embedded in both cultures and economies. It's illegal in the same way that speeding or parking overtime is. You can also look at it as a kind of international trespassing, and if you trespass for a benign purpose over a long enough time, U.S. common law allows you to acquire title through "adverse possession".

As to economic effects, most labor economists have found overall benefits to U.S.-born workers, the broader economy and fiscal balances. Even for the six percent of native workers without a high-school diploma, most research shows close to a wash between negative and positive effects. Most tellingly, organizations that actually represent low-wage workers, from labor unions to community groups, heavily favor bringing migrants out of the shadows into legality and working in solidarity with them, which would help raise the floor of the labor market.

So let's see: if undocumented immigrants didn't do anything wrong and they're contributing to U.S. society, why is a pathway to citizenship an "amnesty", as restrictionists often call it?

Rather than debating how many more miles of Maginot Line to build, we should be focusing on how best to integrate unauthorized immigrants into our economy while raising living standards for all low-income families.

Instead of lavishing corporate welfare on Boeing, Raytheon and Corrections Corporation of America to militarize the border and jail non-criminal immigrants, we would get far more bang for the buck by sending a small fraction of that money to immigrant-sending regions in Mexico and Central America for jobs, housing, education and health care. And if we wanted to be over-the-top sensible, we could spend the rest of it on the same things here at home.

Unauthorized immigration to the U.S. is very unlikely to reach the levels of 10 to 15 years ago again. But if it picks up once more in a genuine economic recovery, immigration reform must grant enough visas to unskilled workers to meet the demands of the economy for their labor without squeezing low-wage workers already here. That will require continuous negotiation and adjustment. A good way to enable this would be to create a public commission of immigration stakeholders from labor, business, communities and academia, such as we already have in communications, trade, banking and other areas.

To deal with the real security issues at the border, we could do worse than to listen to former Arizona State Attorney General Terry Goddard. The detailed plan he has laid out would hit transnational criminal cartels where it hurts by attacking their ability to launder money, and to move it and product across the line.

As satirist Stephen Colbert said of the "border surge" proposed by anti-immigrant politicians, "It worked in Iraq. You hardly see any Mexicans sneaking into Baghdad."

I covered migration issues from 2006 through 2009 for Inter Press Service. I've also written for many publications about Mexico, Haiti, Nicaragua and international economics.

This piece is cross-posted from my commentary on Inter Press Service.