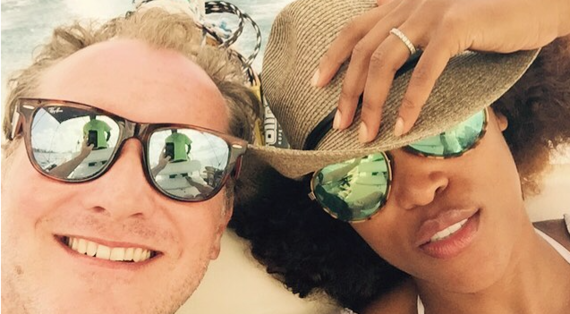 I heard Eve say something profound in an interview once about her now husband. I mean I think we were all wondering because we have to admit the pairing surprised us. Eve, the Philadelphia stripper turned Ruff Ryder rapper ended up with an extremely white British guy with four white kids and a white ex-wife. Race aside, love is what I'm always rooting for but if we're honest, we all noticed the pairing was odd. He has millions but she's not exactly struggling herself so what was it?

"He made me softer," she had said.

That's heavy because Eve was never soft. She came from the streets and was raised on tough love. Of course I don't actually know this. I'm only guessing that's what growing up in Philadelphia is like. Still any female rapper with a tattoo on both breasts and wherever else isn't typically deemed "soft." 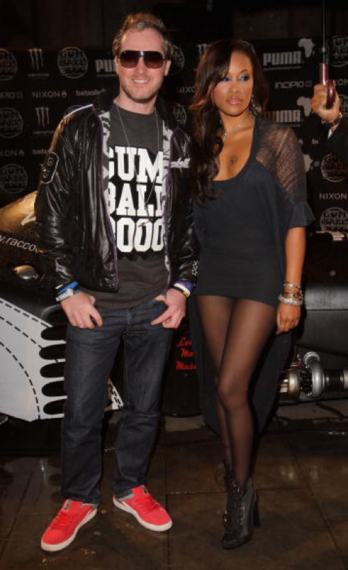 He made her softer. In essence he made her better because women are supposed to be soft and that's no affront to the level of their strength. We can be both soft and strong. We are the weaker vessel, not in purpose, but in our containers -- physically smaller, delicate, more fragile. For a woman to be hard, is to mean she is out of character. Someone has broken her and she was never put back together quite the right way. Her heart developed callouses, her knuckles grew a thick skin, her bones became more sturdy. But this is not the way it was in the beginning. If he made her softer, he mended her brokenness, put ointment on the callouses and massaged her bones however he does it best, maybe with or without his knowledge.

I want to be soft too.

I realized this when I was reminiscing on the way one of my relationships was in the beginning. Initially, he was never someone I could ever see myself with, kind of round, too short, and not intellectual enough. He had to woo me more than the typical person may deem necessary for him to get my attention. But he did. He went out of his way to buy me chocolates. He opened my car door. He always paid for dinner and whatever else needed paying for throughout the course of our nights together. He called me more than a few times when his calls went unanswered. He told me he liked me a lot. He made me feel like a girl. He cleared his Saturday afternoons to spend the day with me. He was a good kisser, and he wanted to kiss me often but was always a gentleman when I stopped him from going further. He was sweet to me. He listened and he bought me presents. Scented candles for the bubble baths I loved to take, a case filled with Victoria's Secret panties for no other reason than he heard me mention that I was ruining all of mine and I needed some.

My words to him started to soften. My tone. My affections. Then time took its course and gradually after a year and a half I saw less and less of his sweetness and his eagerness to have me close. Love is a two way street and affections have a cyclical affect. Couples often feed off of each other so if one is distant, the other pulls away too which then causes the first to become even more distant until all the affection that once was on fire is gone. They fall out of tune with each other and in turn out of love. Gentle words become harsh in tone. I once watched him drop off my children to me after an afternoon of hanging out. He didn't even get out of the car. It was as if we were an old divorced couple and his visitation weekend had just ended. But what happened to the man that liked me a lot. I couldn't help but to think on that the rest of that night. I had my own theories.

I wasn't supportive enough. I nagged a lot. I didn't do the dishes.

I brought my concerns to him one day after I realized I was no longer soft. I was tough. My words were hard and so were my fists when I got angry.

"How come you don't call me "babe" anymore. You always only use my name as if you're my boss at work or my mother or something."

"Well, I like your name," was what I remember him saying.

"I don't know. I don't buy that. People who love each other use terms of endearment. Out of the heart, the mouth speaks. If you don't really feel affectionate, you won't give me that. I respond to you based on what you present to me. It's always been that way. In the beginning I responded because you gave me nothing but sweet words and kindness."

"Why don't you give me that?" he returned.

"I try to, but when your greeting is not warm, it puts me in a negative space. You set the tone. I only follow suit."

I don't know if he got it then and he may not get it now. The man sets the temperature in a relationship. They just do and I didn't make that rule book. The Creator did so its innate. If the man leads in a particular direction, the woman will respond. Men often complain that women are the complicated ones and that may be true in many instances, but we are more simple than they think. They have the power to turn the tide with simple words like "I'm sorry." "I love you." "You mean a lot to me." If genuine, these words are powerful beyond measure. If followed by appropriate action, her hard heart can become soft again.

It's very easy to look at other couples and yearn for what they have. The comparison is tempting, but believe me everyone is fighting their own battle. I see Eve and the Brit and long for a man that makes me soft and keeps me soft. I can only hope and pray that he never stops doing for her what he did to win her.