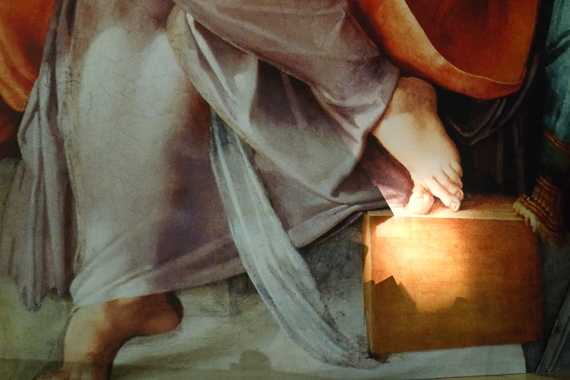 The Vatican City museums in Rome have long been secret troves of unbelievable art and treasures. Some have never been seen by outsiders, and some are to this day kept away from tourists. But the one thing that is universally recognized, and at least as famous as Leonardo da Vinci' s Mona Lisa, is the frescoed ceiling of the Sistine Chapel.

The Sistine Chapel is located inside the official residence of the Pope in Vatican City. The chapel was named after Pope Sixtus IV, who had it cleaned and restored between 1477 and 1480. It is the official site of the Papal conclave, the long and complicated process used to select a new pope when one has just died.

The chapel originally had painted panels done by master Renaissance painters such as Botticelli, Perugino, Pinturicchio, Ghirlandaio, and Roselli, depicting the Life of Moses and the Life of Christ, as well as papal portraits and painted draperies. The ceiling at that time was a deep blue representation of the heavens, complete with shining stars. 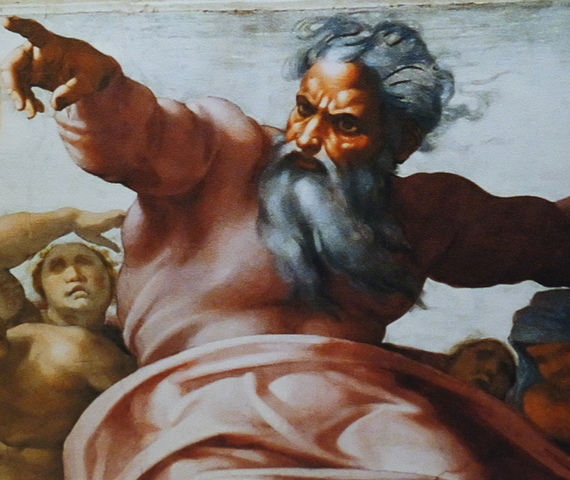 Michelangelo di Lodovico Buonarroti Simoni got rid of that bit of décor.

At first, the talented sculptor declined to entertain such a grand idea and told Pope Julius II that he would prefer not to do it, considering himself more of a sculptor. But then, between 1508 and 1512, he undertook the massive project. He created and built his own version of a giant scaffolding system with flat wooden platforms on brackets high up by the roof.

A vast net was to collect any paint or debris falling down six stories below, as well as to hide the work in progress from visitors, as the chapel was never closed during the entire painting process.

For four years, Michelangelo and his four assistants worked long days and some nights to cover the entire vaulted ceiling with elaborate frescos. He chose to stand with his head tilted back while painting, instead of lying flat on his back, which would have been a more ergonomical way to do the task.

Michelangelo used very bright colors so they would be visible from the floor below. The finished masterpiece includes the ancestors of Christ, male and female prophets, nine stories from the Book of Genesis, the Apostles, the Creation, Adam and Eve in the Garden of Eden, the Sacrifice of Noah, the Fall of Man, the creation of the Sun, Moon and Earth, the Great Flood, and many other biblical stories.

From 1536 to 1541, Michelangelo came back to paint his own vision of the Last Judgment for the altar wall. In all, more than 300 figures were created. 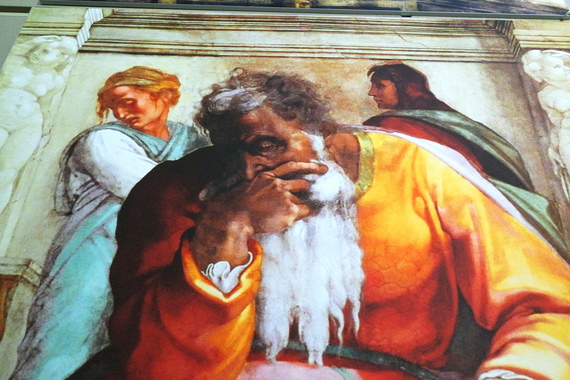 The Sistine Chapel's ceiling restoration took 10 years, from 1984 to 1994 and re-opened to the public after that. The work caused some concerns because the bright colors uncovered were such a contrast with the gloomy tones of the ceilings that the eyes were used to see that the fear was that the cleaning had been too harsh and removed the original hues Michelangelo used. It was then discovered that the artist had indeed painted with very bright pigments to make sure details and layers were seen from so far below.

Now Dallas has its very own Chapel Sistine in the form of a special exhibition showing an almost exact (some corners and borders are missing) reproduction of the famous ceiling paintings in their original size. Using photographs taken 20 years ago by Austrian Erich Lessing, the official photographer of the Vatican, the exhibit was created to allow viewers to really appreciate the artwork of the immense piece.

The closeness to the paintings allows the visitors to really see the details of each panel, even better than in the real chapel.

"Taking photos so close (to the paintings) had never been allowed," Veronica Redgrave, the spokeswoman for the exhibit, told AFP. "Even the popes never saw them from this close."

So you see? You're almost in Rome! 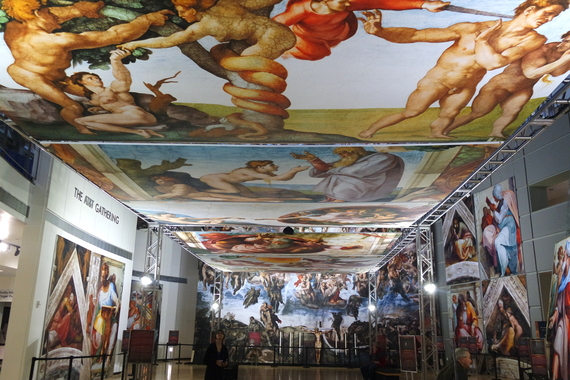 Questions / Comments = sidoniesawyer@gmail.com.
Visit my website to read more of my stories.