Garry Marshall, who died on Tuesday, was a Rolls Royce of punchlines, a wisecrack machine of the first order with impeccable class. "I like young people who are in that brief window between on their-way-up and rehab," he said to me. "In that window I can make stars." Then he admitted that the window business wasn't totally true -- but the line was just too good to give up. Now that's eating your cake and having it, too. How do you not love that?

We also agreed that "Took me three hours to figure out F.U. was Felix Ungar!" is maybe the funniest punchline ever written. (It was not his, of course, but Neil Simon's. And it never made it past the ABC censors when Marshall shepherded the Broadway hit, which had been staged by Mike Nichols, into sitcom history.)

"My first series was a show called Hey, Landlord," Marshall told me. "It was No. 99 in the ratings. It's pretty hard to be 99 in the ratings." That was accurate enough, though the short-lived sitcom that gave him his debut as show runner came after writing stints on The Dick Van Dyke Show and Make Room For Daddy, among others. 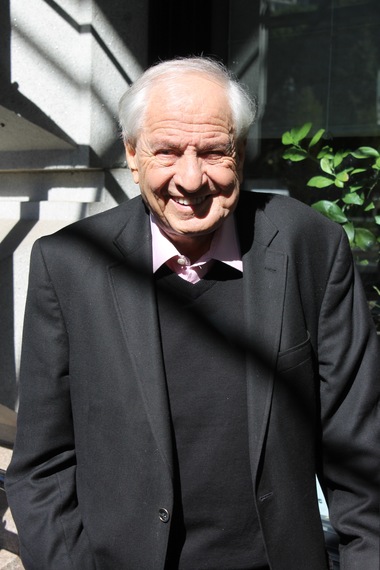 I was sitting down with Marshall for Deadline.com in the fall of 2014, when he was in New York to direct Billy and Ray, a not very good comedy about Billy Wilder and Raymond Chandler that starred Mad Men's Vincent Kartheiser, House of Cards' Larry Pine and Bette Midler's daughter, Sophie von Haselberg. The show was an import from the Falcon Theatre, the Burbank company Marshall founded in 2000 to nurture talent. He had a pretty serious theater jones.

He was particularly enthusiastic about the adaptation of his monster hit Pretty Woman into a Broadway musical, which was moving forward, he said, despite some bumps: Disney, which owns half the rights "wanted to make the Julia Roberts part a model... These Disney people said to me, 'We cannot put our label on a show about a prostitute. But you can, so your name will be on as one of the producers. We would like to make the money.'"

Doctoral theses are sure to be written about the nearly parallel -- yet philosophically opposite -- titans of TV comedy, Garry Marshall (signature brand: Happy Days) and Norman Lear (signature brand: All In The Family). Olav ha-shalom, Garry.