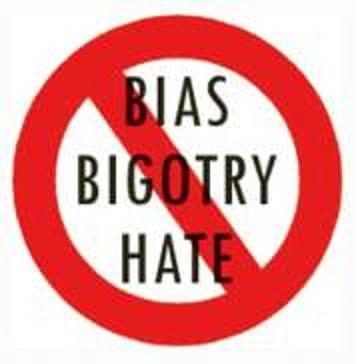 As a diversity and inclusion specialist who preaches the importance of understanding the perspectives of others, I started talking to a number of you who voted for President-elect Trump last week. Truthfully, I was humbled by Hillary Clinton's defeat, and it kindled a curiosity in me about the nature of Trump's supporters. Why would good people throw in with a man who seems so bent on division and anti-democratic ideas? What makes someone want to go backwards?

One financially well-off and influential individual I spoke to announced himself as a "Trumpster." "As as Trumpster," he said, "I felt he had the better plan for the country. Oh and I don't care about his morals." He went on to dismiss my questions about character and bigotry. I also overheard a couple discussing the election by the fire at a gorgeous Virginia hotel; their comments revealed they were firmly in the "I hate Hillary and would vote for anyone to keep the Clintons from getting into the White House again" camp. I have also read more about my fellow Americans who voted for Trump because you have suffered severe economic loss and feel unheard by our country and government. (You are the Trump voters I want to know the most about because, as a Black American and a social justice advocate, I know the anger and despair of marginalization.)

Lots of folks on my side of this election are pointing to you, people who voted for Trump, as racists and supremacists. However, as far as I can tell from my conversations, not one of you agrees with the bigoted remarks or behavior of your candidate. But here's the thing--clearly there are other "Trumpsters" who do. Maybe you saw their rancor and hatred on the campaign trail and excused or ignored them. Well, apparently buoyed and emboldened by a Trump win, these same people have taken their hatred to the streets of everyday life. If you haven't been watching or listening to the stories they are horrendous--in one week we have seen numerous, unprovoked incidents of yelling, assaulting, name calling and terrorizing people of color, LGBT folks, religious minorities, immigrants and other historically marginalized groups--in other words, the "others." The Southern Poverty Law Center has reported more than 400 incidents of hateful intimidation in the country since the election. No matter why you voted for Trump, and chose to dismiss the divisive venom he spat across the podium for the last year, your vote has unleashed active racism by your fellow Trumpsters and now we have a President-elect who has stirred up the base instinct of fear and given permission through his rhetoric and proposed policies, to have Americans harass other Americans.

I want to believe that this is not the America that you are trying to go back to when you voted for Trump, that you don't want an America where little kids are scared at school, taunted by other kids because they were born a different color, worship another religion, or maybe have a different gender identity than what was assigned to them at birth.

I want to believe that you voted for Trump because you thought he would take care of your interests. But we too easily forget that in addition to voting, one of our civic duties is to contribute to the common good. Your vote has helped to liberate an anti-democratic and disruptive attitude into our public discourse and body politic. It has given a bunch of fearful, hate-filled white supremacists a platform and sense of self-righteousness.

So if you voted for Trump and you are not a racist, you have a lot of work to do for the common good, to reverse the vitriol that your candidate has fomented. To remain silent, or simply insist that you are not a racist, will not be enough if this country is going to continue to grow and thrive in this complex world. There is no such thing as passive anti-racism.

If you are not a racist and you are a business leader who voted for Trump, you need to say I voted for Trump and I am against "othering" and excluding people. You need to double down on efforts to create a workplace that is open and fair where opportunity is equally given. You must set an example of inclusive behavior and a safe space for those to share different opinions. If you don't, you will be operating in a diverse world without the power, relevance, financial success, and ingenuity that a talented and diverse workforce offers.

If you are not a bigot and you are a parent who voted for Trump, you must sit your children down now. Don't wait for them to ask. Tell them that they are not better than anyone else, and demand they show respect and kindness to others no matter what their background.

If you are not a racist, and you are a writer, musician or artist who voted for Trump, you need to start creating work that calls out and denounces bigotry and separation and begins to heal the pain, confusion and despair that Americans regardless of political affiliation are experiencing right now. Art is about reflecting, reframing and rebirthing; we are in desperate need of the language of inclusion and a new vision for our nation.

If you are not a racist and you are a pastor or a lay Christian who voted for Trump, we need you to pray for those who seem bent on destroying others and show the love of God to those on the other side. As I read 1 Corinthians 13:4-6: "Love is patient, love is kind. It does not envy, it does not boast, it is not proud. It does not dishonor others, it is not self-seeking, it is not easily angered, it keeps no record of wrongs. Love does not delight in evil but rejoices with the truth..." This is the kind of love I mean.

If you are not a supremacist and you are a teacher who voted for Trump, you must teach your students their civic duty to be principled citizens of our union. Teach them what democracy requires. Teach them to read and to be curious about the entire history of this country, including the horror of institutionalized oppression so we will not repeat our past wrongs and send our fledgling democracy down the wrong path. Expose them to the brilliance and resilience of Americans of every background. Treat each of them as the precious gifts they are. Pour your best into them no matter their race, gender, immigrant status, religion or creed.

If you are not a racist and you voted for Trump, you must stand up and speak up when you see intolerance and ignorance. You cannot afford to be a by-stander to something that you had a part in creating. You have to be willing to tell your fellow Trumpsters that you did not vote for a country where people are afraid for their safety because of the inhuman, petty and hateful behavior of a few. You did not vote for a country where one group oppresses others.

I along with those who did not vote for Trump will continue to fight for our beliefs about this country and these beliefs maybe different than some of yours. But all of us who voted, voted for the kind of nation that our children and grandchildren can be proud of. I know we have different views about the direction of the country, but without you standing up to other Trumpsters, we will soon have a country we cannot recognize.

So, if you are not a racist and you voted for Trump, you must be courageous enough to interrupt the bias and stand for the respect and the dignity of all humans whether you see that bias on social media, at your dinner table, your locker room, your company or your town meeting--whether it means speaking up to your family, your friends, your religious leaders or a stranger. You can interrupt this repugnant behavior in a way that I cannot. I know you voted for your own interest last week, but I pray you remember there is a larger interest at stake, one that connects and affects us all -the preservation of the common good. Your election of Trump has made that harder. So STAND UP, announce who you voted for and declare that you will not allow the bigotry to continue. This is your duty; this is your obligation, this is your work.