I'll give you the headline to this article right now: we are extremely influenced by how much people around us are eating.

Especially if you are an empathetic, expressive, adult woman. 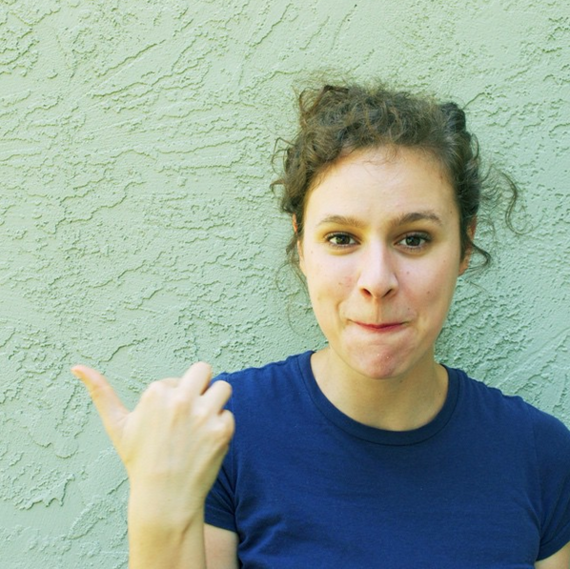 Research has been coming out about this for several years now, but a recent meta-analysis published this spring by researchers at the University of Toronto and the University of New South Wales brought up some interesting findings.

Here are some of the findings from the 38 articles that they reviewed and summarized:

The most powerful finding is that people are greatly influenced by what their companions are consuming, in almost every circumstance: healthy snack foods, unhealthy snack foods, meals. Children do it, adults do it, people do it even if they have very different body weights than the people they are with or if they haven't eaten for 24 hours.

People even do it even if there is no actual dining companion with them, but they're just given a written account of how much food previous participants ate (and even if those amounts of food are completely made up!).

2. If you're empathetic or expressive, you're more likely to do it.

Sorry about that one, nice and friendly and emotive people. You're definitely going to eat like the people around you.

3. Women are significantly more likely than men to be affected by what others are eating.

Apparently this gender difference "is consistent with research suggesting that women might be more concerned with how they are viewed by others." Men don't get a free ride, though - the research suggests that men are more influenced by non-human based external cues like portion size.

They older you get, the more likely you are to model your eating based on those around you. This is perhaps not surprising; the study points out that older children are also more influenced by portion size than younger children and a "tendency to rely on external cues (and perhaps a tendency to want to eat "appropriately") is learned over time." Research from other studies suggests that toddlers in particular are great at eating based on their internal signals, rather than external ones.

I'll be honest, the fact that our eating is influenced by those around us is something that many of us have heard before or intrinsically "know."

But I think that the much more interesting question is to ask why are we so influenced by others?

One of the most widely accepted theories, cited in the meta-study, is the following:

"In social situations, the appropriate amount to eat is often ambiguous, and internal signals (i.e., hunger and satiety) that one would expect to help guide food intake are often unreliable (Herman & Polivy, 2005). Thus, in these situations, people may look to the example of others to help them decide how much food is appropriate to consume."

Did you notice what they said?

Our internal signals of hunger and satiety are unreliable.

Our internal signals of hunger and satiety cannot be trusted.

Of course, there are times when our eating does need to be influenced by those around us. If you are at a fancy dinner party, you might not want to eat fourteen servings of steak.

But at the same time, I don't think that the fourteen-steaks-at-a-dinner party situation is what the researchers are talking about.

I think they're talking about the fact that so many of us in society as a whole have forgotten how to listen to our internal signals on a day-to-day basis, so we instead have to rely on other things, like how much the person next to us is eating. Or a piece of paper that tells us how much the people before us ate (which might be a lie).

But at the same time, when I learned to trust my own internal sense of hunger and satiety, the frustration, exhaustion, and anxiety that I felt for years around food just dropped away. I stopped looking at other people's plates, and started enjoying the people I was with, and the environment, and (especially!) the food.

And if that's you, I just want to tell you something, from the bottom of my heart:

Of course, it doesn't happen overnight.

But even being more aware, even reminding yourself to make decisions based on your belly's signals, instead of what your dining companion might be doing...that starts to make a difference.

Especially for all of you empathetic, expressive, adult women.

I'm rooting for you.

Are you exhausted by the mental effort it takes to keep their eating in check, but are afraid that if they let your guard down, you'll eat too much and ruin everything? If you don't want to be on a diet or feel guilty about your eating for the rest of your life, check out Katie's free "What's Your Eating Style" ebook -- a beautiful, 22-page ebook that offers detailed, personalized practices to try TODAY.