I was a bigot. Hence, I can sympathize with all those who still are. I was terrified of pit bulls. I knew very little about them, but what I'd heard in the media sure sounded terrifying: how their jaws locked; how they were uniquely bred to kill humans; how the nicest of them -- unlike other dogs -- had psychotic breaks, where they suddenly turned murderous.

The silliest of these lies is pretty easy to debunk: one minute on Google, and you'll discover that these dogs' jaws aren't unique. They certainly don't lock. No more than yours do. (Not in the absence of tetanus, anyway: when jaws lock -- canine or human -- we're talking about very sick creatures.)

The problem is that I -- like most people -- didn't really want to know anything different. I was convinced of my position; it was easy to find all sorts of casual evidence in the media; I was deeply suspicious of attempts to argue me out of it.

Luckily, I had a girlfriend who knew an awful lot more about dogs than I did. It took her years, but she finally convinced me to do the research: to read the veterinary journals, to investigate the unsavory sources of the anti-pit-bull propaganda. And when I did, it became embarrassingly clear: my fear and hatred was -- like all bigotry -- founded on nothing more than ignorance. 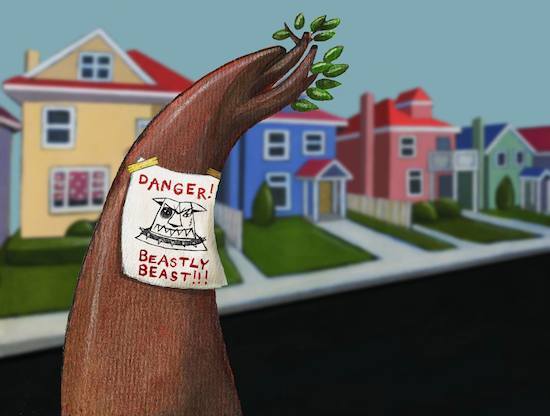 Note that ignorance isn't stupidity. Ignorance, unlike stupidity, is easily cured. If you are ignorant, it says nothing about who you are, essentially: it says something about the state that you're in. You are unaware of the truth.

Note, however, that insisting upon ignorance -- even after you have learned the truth -- is a different matter. It's called "stupidity."

Hence I sympathize greatly with people who still consider so-called pit bulls uniquely dangerous. These people don't have the correct information. Once they do have the facts, almost all of them change their minds. Those who don't are not very impressive.

If you want to be sure that you're receiving truth, rather than propaganda, you'll want to limit yourself to the best professional journals: to the most recent, peer-reviewed literature. The Journal of the American Veterinary Medical Association (JAVMA) is among the most respected publications, and they published an important study in December 2013, which can be found here: an analysis of ten years of fatalities related to dog bites.

This article corrects many earlier, well-meaning pieces, which were based upon faulty data (gathered, no surprise, from shoddy media accounts). The full article is behind a pay wall, but the important bits are not. The most important: dog-bite related deaths are "characterized by coincident, preventable factors; breed (is) not one of these."

The preventable factors are listed. They prove quite interesting. And useful. We can use them to analyze, for instance, the much-hyped story of a girl who was purportedly kicked out of a Kentucky Fried Chicken restaurant because her face was horribly scarred in a dog attack. You may be aware that the KFC portion of this story has been found dubious -- perhaps an outright hoax -- but you are probably not aware of the details surrounding the attack itself.

We do not know the breed of the dog involved -- journalists routinely misidentify dogs involved in attacks, and even experts cannot determine without a DNA test whether a dog is an American Pit Bull Terrier, or an American Staffordshire Terrier, or some mix of these, or a completely unrelated creature. My guess is that the dogs were mutts of some sort. This is not what matters, however.

If you examine local news stories, you'll find that the girl's grandfather had ten of these dogs. Ten.

What does this tell us? He was almost certainly breeding them. Hence, there were unfixed males, in the presence of unfixed females (perhaps in heat). A dangerous scenario, no matter what kind of dog you're discussing: putting a 3-year-old girl in that circumstance was criminal. 84.4% of fatal dog attacks involve dogs that were not spayed or neutered. We know this from the JAVMA study. (As I say: it's useful.)

What else does this tell us? The dogs were almost certainly not socialized. Sorry, but this guy did not have ten family pets. He lived in a trailer home: are we expected to believe that all ten dogs lived inside with him, being trained and cared for? Now let's look at the JAVMA study. This factors into 76.2% of fatal dog attacks: "dogs kept isolated from regular positive human interactions versus family dogs."

Multiple co-occurent factors greatly increase the risk. And here we may have had a perfect storm.

Let's wait and see which of these other factors prove applicable: "absence of an able-bodied person to intervene," "incidental or no familiar relationship of victims with dogs," "compromised ability of victims to interact appropriately with dogs," "owners' prior mismanagement of dogs," and "owners' history of abuse or neglect of dogs."

We're talking about factors that depend upon humans, not dogs: socialization and training. Dogs don't know any better. We should.

Breed, in particular, is of minimal relevance here. Size is pertinent, yes: if those dogs had been much larger, that girl would not have survived. Her grandfather was viciously negligent. (And has been arrested, along with his girlfriend.)

In an informed and intelligent article, here in the Huffington Post, editor Arin Greenwood uses the JAVMA study - among other impeccable sources - to eviscerate Time Magazine's recent (and atrocious) scare piece: "The Problem With Pit Bulls."

If you are ignorant - the way that I was, for a very long time - you now have an antidote: access to the documented facts. Hence, you no longer have an excuse for your ignorance.

Why does this matter? Well, because of the ignorance that you and I once shared, approximately one million of these innocent dogs will be killed in shelters next year. The figure is impossible to determine precisely: it might be more like 800,000; it might be more in the range of 1,200,000. What matters is that we are not discussing a harmless error: we are talking about misinformation that translates into a massacre.

We are also endangering children. Thanks to this ignorance, families feel that their children are safe with the family dog, because it's not a so-called "pit bull." Parents don't train their dogs properly; they don't teach the children to interact with dogs properly. You'll search hard for this not-very-sensational information in the media, because they're too busy ginning up lurid myths about breed.

I am doing my best to atone for my own bigotry here. I've teamed up with an illustrator from Tel Aviv - the fabulously talented Dula Yavne - to produce a children's book aimed at saving some of these hundreds of thousands of dogs that will be butchered next year. And, crucially, aimed at keeping children safe. It includes an essay, directed towards parents: what experts tell us you do need to know about dog bite prevention. 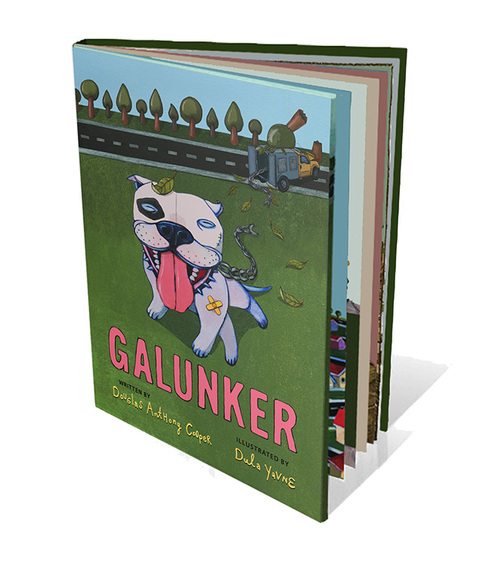 Our book is about a lovable, misunderstood pit bull named Galunker. We know that children pester their parents to get them pets of the type featured in books they have read. This is not always a good thing - thanks to Harry Potter, a lot of families took in owls, then abandoned them when they discovered that owls don't really like to be pets - but it will be a good thing here, if Galunker induces families to adopt so-called pit bulls from shelters.

The opening of Galunker was serialized in the Huffington Post, which certainly disturbed the willfully ignorant: one "mommy" blog published a rollicking, gruesome parody. Luckily, our book also lit a fire under the well-informed. That mommy blog has probably never received so many outraged comments. Advocates from around the continent have pitched into our Kickstarter campaign - crucial, because a children's book about this issue was never going to be embraced by a mainstream publisher: Galunker has already raised $40,000 - and we still have a week to go.

I've done something about my own bigotry. If you don't share that bigotry, then help me dispel it elsewhere. If you do still harbor irrational hatred and fear, that was fine some twenty paragraphs ago, but it no longer is. Read the Journal of the American Veterinary Medical Association; read Ms. Greenwood's article; and start redirecting that passion towards saving these faithful, innocent creatures. 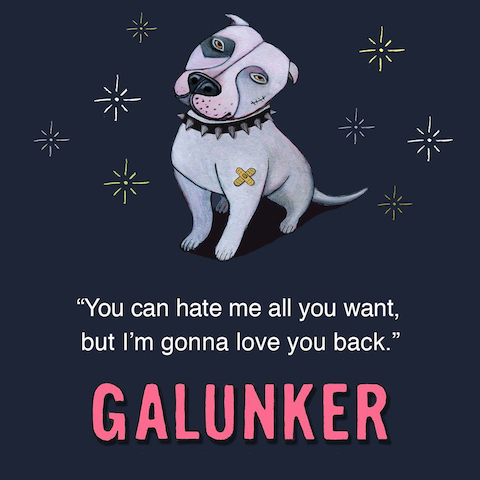