I hope a lot of people see Helen because it is an important film and quite a cinematic experience. I thought Ingmar Bergman films were heavy, but even they did not prepare me for this. I had no idea what I was getting into. Ashley Judd's performance as the title character, a middle-aged woman apparently living the good life but nonetheless suffering from chronic suicidal depression, is nothing short of riveting. I could not take my eyes off her for a second. Her no-holds-barred portrayal brought me closer than was comfortable to feeling what it must be like to be severely depressed. 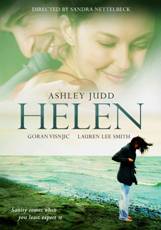 That's not a very pleasant place to be taken, and if you're looking for a good time at the picture show, this movie is not what you want. But if you care about serious, independent filmmaking that is above and beyond personality cults and fancy special effects, and about something more than having a good time, you will want to see Helen. Its realism -- at least it seemed realistic to me as I sat gripped -- is stark, graphic, and moving. I didn't cry during this movie because I was too blown away.

Good fiction is supposed to take us outside our familiar circles and introduce us to people and cultures sometimes shockingly different from those we know. Helen takes us not to somewhere far away or exotic, but to a very dark neighborhood not far from our own where people suffer terribly in self-imposed tormenting psychological exile. The advantage of seeing movies like Helen is they offer us glimpses into the lives of those we too often choose to avoid or ignore because they "bring us down" or otherwise cloud our day. Films like this provide at least a modicum of potential understanding, and any work of art that increases empathy for the other is valuable.

Helen is a talented pianist who has a job she loves as a professor of music at a university. Her husband David and her teenage daughter Julie adore her, as is shown at a lavish birthday party for her at the beginning of the film. Surrounded as she is with all this good life, neither David nor Julie suspect she is ill at the outset, and throughout the first part of the film we see in brutal fashion how step-by-step they discover how serious her sickness is. As one of Helen's doctors eventually explains to David why he, her husband, did not see this coming, "Some hide it very well." Helen was able to conceal her devastating condition even from her immediate family for seven years.

We, the audience, are let in on the secret pretty much right away, however, as we witness Helen standing with bowed head, looking crushed, off in a quiet corner during the birthday party. There and later on at a dinner party with a smaller group of friends, everyone around her seems as happy as can be, which of course serves to heighten our awareness of Helen's depression. Ashley Judd is in every way believable as we watch her character sink deeper and deeper into a maelstrom of terror and loneliness.

Her plight is somewhat alleviated by her burgeoning friendship, if one can call it that, with a similarly suicidal young woman named Mathilda (CSI's Lauren Lee Smith) who happens to be one of Helen's students and is also a patient at the same hospital where Helen is confined for a period of time. Mathilda is the only person in the film who Helen believes can understand what she's going through. As Helen tells her husband when he is trying to take her away from the girl's shabby apartment -- at which Helen has been spending an inordinate amount of time since both women were released from the hospital -- and bring her home, "She doesn't ask me how I feel. She knows."

David (played very seriously by Goran Visnjic) admits to her that, even though he is her devoted husband, he doesn't have a clue as to how she feels. When he told another of Helen's doctors that he couldn't understand why she was so unhappy, the doctor explained, "Your wife is not unhappy. She is ill." But David tells Helen how he feels, that she is his whole world and that without her nothing in his life has any meaning, and this brings home that the person suffering from severe depression is not the only one affected by the disease. Helen's loved ones carry the heavy burden as well.

Helen is a movie that is hard to watch, but it is well worth watching for the insights it provides into a serious condition that affects too many of the people around us. According to the National Institute of Mental Health, "Major Depressive Disorder is the leading cause of disability in the U.S. for ages 15-44. [It] affects approximately 14.8 million American adults, or about 6.7 percent of the U.S. population age 18 and older in a given year ... [and] is more prevalent in women than in men."

If something like this can happen to Helen, who seems to have the perfect life, it can happen to us or someone near to us. It's difficult to imagine how seeing this film might affect a person who is suffering from depression or is close to someone battling this disease; but the best reminder that good fiction can provide is that, whatever problems we are facing, we are not alone.

Q & A with Ashley Judd 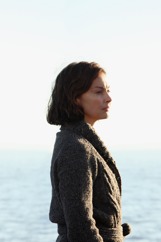 Ms. Judd was kind enough to speak with me over the phone on a Sunday evening and answer a few questions about the movie. She is a very serious artist who is very passionate about this film. I did not record our conversation, so her answers are paraphrased.

Q: How do you expect audiences to respond to this film that so directly handles such a troubling subject?

A: I really don't know what I expect, but I can tell you what happened at [the 2009 Sundance Film Festival]. No one in the audience flinched. People sat quietly in their seats for an unnatural amount of time when the film was over. They were incredibly moved. Then they gave me a standing ovation equal to any I have had either in a movie theater or on Broadway. It was very emotional because everyone can relate to depression. It touches so many. Suicide is the leading cause of death among teenagers. Statistics show that women suffer from depression more than men, but that is probably because men don't report it as much.

Q: I thought it was quite interesting and ironic that both Helen and Mathilda were musicians because music is supposed to be uplifting and often therapeutic. Was the story written this way to emphasize that depression is a disease beyond the control of its victims?

A: You'd have to ask [the writer and director] Sandra Nettelbeck if she chose to make her characters musicians for that reason. But yes, absolutely, depression goes far beyond and transcends class or profession. It happens to everyone.

Q: It must have been difficult playing a character that goes to such a dark emotional place for almost the entire length of the film. Was it ever fun to play this part, or was it grueling?

A: It was both fun and grueling. Creatively, it was a wonderful challenge and a very rich and exciting experience. It was amazing to me to do this. I was walking an unusual line between playing the disease and being in it. I had to make sure I stayed safe.

Q: Did you do anything unusual -- anything beyond what you normally do -- to prepare for this role?

A: Not really. I used my own life experience. But I did do one unusual thing: I sent the script to two brilliant clinicians I know who have decades of experience dealing with depression, and I asked them if I should do this film. They answered, "How dare you not?"

Q: The dog that Mathilda [Helen's sympathetic friend] found and brought home to her apartment becomes a tragic catalyst at one point in the film and then appears to be a different kind of catalyst later at the end. Was using the dog this way part of the original script or did Sandra Nettelbeck or someone else come up with this idea during the shooting of the film?

A: Everything was intentional and in the script. I hope that when the DVD comes out, some of the many scenes that did not make it into the theatrical release are included because they enhance the film. There is much more with the dog, more of a story arc. But except for its length, everything you see in this film is exactly the way Sandra wanted it. The main point being made here about depression is that some people make it and some people don't.