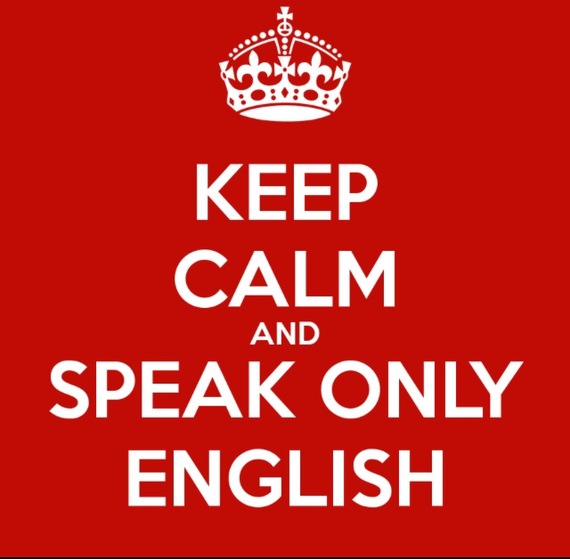 "So today at IHOP a white lady stepped in and insulted my mother for speaking Spanish. She told my mom to learn English Or get out of America.my mom does speak English with an accent though! I stepped in an didn't let her do that. Please share!! This will not stop unless we step in. Latinos tenemos que hablar contra el RACISMO! Here's the video of proof! Share!!!"
-- Carlos Steven Vasquez's Facebook post

On July 31, Carlos Steven Vasquez witnessed the moment when a bigoted woman insulted his Spanish-speaking mother as they ordered their food at an IHOP. Like a good son, he stepped in and defended his mother. Like a good citizen, he recorded the interaction and shared it on social media. According to Latino Rebels, the video has gotten over 1.4 million views and over 50,000 shares.

People are watching it and they are reacting. I assume that some folks out there might agree with the woman doing the insulting; after all, we know she's not alone. We could say she represents the ugly side of the U.S., the side characterized by ignorance and intolerance that demagogues are capitalizing on these days to build up momentum as we approach the 2016 elections. Most people, I hope, watch the video and cringe inside, as they experience a range of feelings that can go from anger towards the victimizer, empathy for the victim, and pride for the young son defending his mother.

We will each watch it and react differently according to our background and life experiences. However, we can also look at it objectively and see this as the perfect chance to correct some of the false myths that a segment of dominant (white) U.S. society continues to recycle about Latinos/as. I, for one, will probably be using this clip in my "Race and Ethnicity in U.S. Latino/a Literature" courses from now on to launch discussions about the discrimination and stereotypes that U.S. Latinos/as face today.

Let's take a look at some of the misinformed statements that the woman at IHOP makes and see the key stereotypes and misconceptions about U.S. Latinos/as that they reveal:

Contrary to what the lady at IHOP thinks, U.S. Latinos/as have their immediate roots in Latin America, not Spain. Of course, there are some Latinos out there who can claim to have Spanish (as in the country of Spain) ancestry, but that's not the case with most. Latinos/as come from all over in Latin America: Mexico, Cuba, Puerto Rico, Dominican Republic, Bolivia, Peru, Colombia, Argentina, etc. etc. Of course, those places were colonized by Spain centuries ago, so the lady has a point, but that would be like telling most Americans to go back to England. This whole thing can get really complicated when we start talking about people of Brazilian and Haitian ancestry in the U.S. Colonized by Portugal and France, they are technically "Latinos," since both Portuguese and French (Haitian Creole) have roots in Latin.

The lady at IHOP also seems to think that Spanish is only spoken in Spain, which of course, couldn't be further from the truth. I'm not going to list all the countries where Spanish is spoken because that's material most people covered in fourth grade history class.

#3 "We speak English in the United States!"

Sure, most people do. But millions also speak languages other than English. Also, lets not forget that Spanish was spoken (along with many indigenous languages) in a significant portion of what is now the United States before English was imposed. Just review basic information about the Mexican American War (1846-1848), that event that led to Mexico losing a lot of its territory -- what is now New Mexico, Arizona, Utah, Nevada and California. It wasn't exactly a "just war." Another thing, in most developed countries (think Europe), people speak several languages because it's considered key to one's education and ability to survive in our globalized world. Is one less patriotic for speaking more than one language? Why do some people continue to equate monolingualism (a curable disease) with nationalism?

#4 "We have freedom of speech" and "Our freedom is important. We fought for our freedom."

Does the lady at IHOP think that U.S. Latinos/as--or apparently any Spanish speaker for that matter--do not value freedom? They usually are in this country precisely because they value and respect freedom. And guess what, thousands of Latinos/as (many Spanish speakers) have defended this country too, fighting in every US war. What about the thousands of Puerto Ricans and Mexicans who fought in WWI, WWII, Korea, Vietnam, and Iraq? It wasn't for anything that the 65th Infantry Regiment, better known as the Borinqueneers, was awarded the Congressional Gold Medal just about a year ago by President Obama. If you think Latinos/as are here to take your freedom away, think again. Most likely, the United States did exactly that in their countries of origin. Check out the documentary Harvest of Empire.

This is by far the scariest statement the lady at IHOP makes. Here she reveals a few things: 1) she still lives back in the Cold War era. 2) She doesn't know that Latinos are not interested in "bringing" Castro back. In fact, those Latinos/as who hail from the island of Cuba are here precisely because they fled his regime. They want to be as far away as possible. 3) She confuses "Latinos" with Nazis and fascists, which is quite ironic. This is wrong at so many levels that I'm not sure where to start. What her words reveal is pure terror. Nazis and fascists were the ultimate enemy, but today the "enemies" are the terrorists, Arabs, and Muslims. In the American imaginary, Latin American immigrants and U.S. Latinos/as have become entangled with these "Others" who are considered national threats. This is the darkest thought her words reveal. People of color are not terrorists, fascists, or Nazis. Far from it.

It's for all these reasons that we Latinos/as must speak up against racism and xenophobia, just as Carlos Steven Vasquez has asked us to do.