Ryan Lochte is all about the one-night stands ... says his mom, Ike Lochte.

"He goes out on one-night stands. He’s not able to give fully to a relationship because he’s always on the go," the elder Lochte told TODAY.com on July 31st.

Earlier in July, Ryan Lochte spoke to ESPN The Magazine about how happy he was to be single during the London Games. "My last Olympics, I had a girlfriend -- big mistake," Lochte said. "Now I'm single, so London should be really good. I'm excited." He also told the magazine that he guessed that "70 to 75 percent of Olympians" would have sex during the Olympics. "Hey, sometimes you gotta do what you gotta do," he stated. Apparently, he also discusses such plans with his mom.

It's unclear why Ike Lochte decided to discuss her son's sex life publicly, as she was on the TODAY set primarily to chat with host Matt Lauer about Ryan's athletic performance -- not his extracurricular ones.

"Everything he has done has been to the max,” Ike said of Ryan's Olympic races. (He's earned two gold medals and one silver so far.)

We're not the only ones confused about Ike Lochte's candid discussion of her son's one-night stands. Dr. Ruth tweeted her take on the situation this morning:

In Jewish tradition making a match is a mitzvah, a blessing. Mom being wingman for 1 nite stands, not so much. 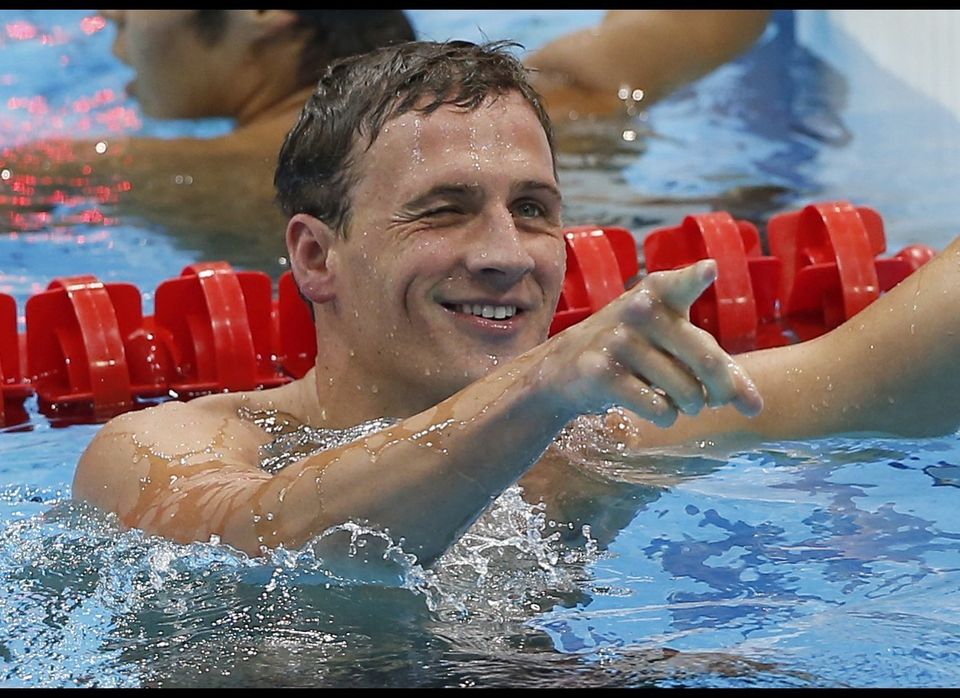