Pope Francis says children need heterosexual parents. I can see his point... This year, I need to come up with at least three Father's Day gifts: one for my gay father, one for my gay stepfather, and one for my straight stepfather - not to mention a dozen or so little gifties for the gay, bisexual and masculine-of-center father figures who have held me in their hearts, mentored me and/or let me cry on their shoulders through the years.

That's a lot of shopping. No child should ever have to bear such a terrible burden.

Okay, let's get serious. Growing up as me had its challenges. I think they had a lot more to do with the sexual abuse that one of my parents suffered at the hands of a Catholic priest in childhood, than they did with the sexual orientation of the loving people who raised me. Priests are not nearly as powerful, creative, or adaptive as children, so my abused parent responded by thriving, and going on to bring me into the world.

But to be honest, my life would have been a lot easier if that priest had kept his hands to himself. His actions laid a heavy burden on our family - a pain that recent science indicates might even be stored in my DNA.

Perhaps that is why my night was ruined by the story I read of the Pope's recent comments on what heterosexual parents can offer children that gay parents "can't."

That's bad Fathering. Il Papa - the Pope, the Big Daddy himself - is trying to erase my childhood. The Pope's comments are abusive of children all over the world. Kids don't usually get to blog, so it's going to take adults like me to give them voice.

Daddy Francis, if you're reading this: The gay men in my life have been some of the most nurturing and supportive parents imaginable. They have modeled a range of traits and behaviors, and they've shown me that difference should be celebrated. They've taught me that I can truly be whoever I am called to be, and express that freely. They have helped me to be able to practice a pure love that demands nothing, and accepts all those I encounter as worthy of love.

With your remarks, you've helped keep alive the world I grew up in, the one where I lay awake at night worrying something was wrong with my family, that I was unsafe, that I might grow up and not prove to be okay because I had gay parents.

So I've decided to kill two birds with one stone (or kiss two with one lip). The first is to tell the Pope, and anyone else who thinks that queer men and women can't be great parents, to take their opinion and stuff it up their basilica. The other is to make this column my Father's Day gift to the two warm, gentle, intelligent and loving gay men who raised me - which is actually quite helpful because I waited too long and I'm probably not going to get that pair of ridiculous toucan socks there in time, and it's not like they can share them anyway. 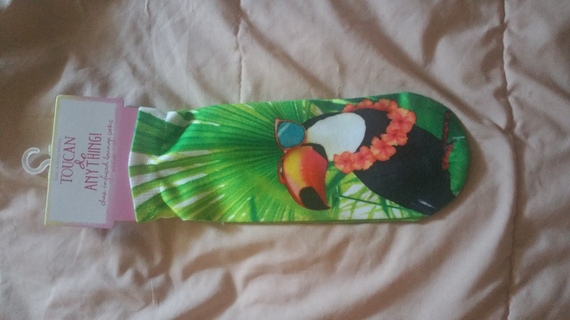 Instead, I want to thank them for raising a son who is strong and sure enough to suggest the Catholic Church is no longer relevant.

If Pope Francis can root the shame of child-molesting priests out of his Church, that will be a great thing and a legacy to remember him by. But that won't be the end of child abuse in the Catholic Church, because as long as any kid of gay parents is made to feel lesser-than because of its Pontiff's remarks, the Church is still harming children. Too many of us are grown up now, and you can't rewrite our childhoods to try to hold onto your waning influence.

Happy Father's Day to my dads, and your dads, and all the dads, gay and bi and straight and trans and queer, who are helping their kids to grow up strong, confident, loving and happy.

The opinions expressed are strictly those of Buster Ross
Find more writing from Buster at http://www.busterross.com