A man is suing comedian Iliza Shlesinger for waging a “War On Men” after he was denied entry to her November show, “Girls Night In With Iliza — No Boys Allowed.”

Shlesinger, a winner of the show “Last Comic Standing,” was fairly clear about her target audience in her Instagram announcement for the show. But George St. George says Shlesinger and the theater hosting her performance broke California state laws prohibiting discrimination based on gender by telling him and a male friend they couldn’t come in.

St. George and his friend purchased tickets for Shlesinger’s performance for $30 and $25 respectively, according to the complaint, filed by attorney Alfred G. Rava. When they arrived at the Largo at the Coronet in Los Angeles, California, for the show, the lawsuit says they were told they’d need to sit in the “back row of the Theater for the show because of their sex.”

After the men left the theater and returned, the same employee said they actually couldn’t see the show at all, and refunded their money.

St. George and his guest believe the injustices they endured were on par with those leading up to the civil rights movement. What happened was “akin to the Montgomery City Lines bus company in Montgomery, Alabama circa 1955 morphing into the Woolworth’s department store lunch counter in Greensboro, North Carolina in 1960,” their lawsuit reads.

(Jim Crow laws forced racial segregation on city busses in Alabama in the 1950s, prompting Rosa Parks to famously stand up for her right to sit where she wanted. Sit-ins at Woolworth’s department store ultimately led to the company removing its racial segregation policy.)

The men want justice after being victims in Shlesinger’s “War On Men,” the complaint says.

The complaint also says Shlesinger’s women-only show “repudiated hundreds of years of women’s struggles to be viewed as being equal to men and is typical of old-fashioned sexism that might also advise a young woman that her best chance for a happy life is to ace her home economics class and learn how to make a queso dip from Velveeta to catch a good man.”

That’s a pretty drastic way to understand a women-only comedy show ... but sure! You can read the whole complaint below:

St. George is asking for compensation for costs incurred as well as attorney fees and “damages in amounts to be proven at trial.” He is also asking for an injunction to keep the defendants from “engaging in unequal treatment of customers  based on the consumers’ sex” and that Shlesinger undergo “sensitivity training regarding sex discrimination.” 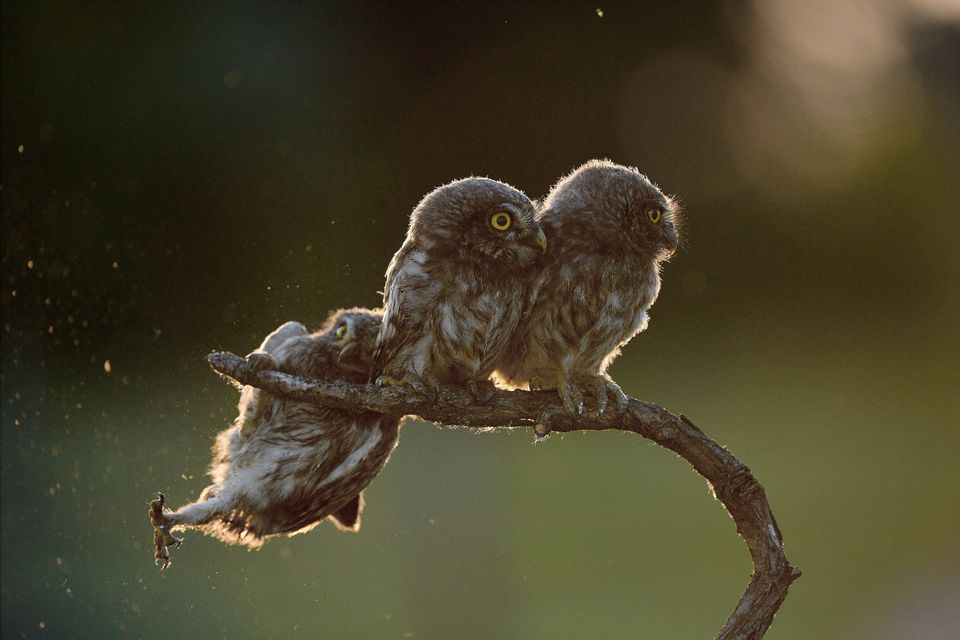 1 / 20
Overall Winner
An owl in Opusztaszer, Hungary, struggles to keep his grip as his owl friends look the other way in Tibor Kercz's "Help!!!"
Tibor Kercz/Comedy Wildlife Photo Awards/Barcroft