I remember it vividly. I couldn't have been more than two and a half, but it is my clearest and first memory.

My mother had just come home bearing gifts -- a doll made for me by godmother. It had two heads -- one of each end. If you flipped the skirt of the dress of the doll one way, a blue gingham dress and a broad smiling face appeared; if you flipped the dress the other way, a red polka dotted dress appeared and another face smiled up at me. I was fascinated -- the doll was as big as me!

I embraced the doll as hard as I could and ran as fast as I my chubby legs would take me. It was a moment of pure joy. A gift made of love by someone I loved dearly. What could be better? And so I ran. And my foot caught on the skirt of my doll and I tripped -- rushing headlong onto the steps separating the living room and the private quarters.

I howled in pain. My front teeth had hit the top step and on impact, were pushed way up my gums. It took a while for the pain and the shock to subside. After that, I'm sure life resumed, as is always the case.

I am told -- because I have no memory of this, and the recollections of my uncle and my parents which even today embody much pain are all that I have to go on -- that my first seizure occurred when I was 3. 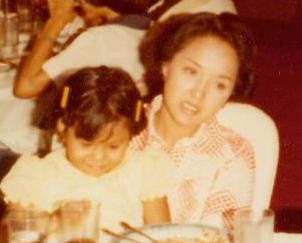 Six months after I tripped, I am told my eyes rolled back, my body went rigid and then my small body shook convulsively. I cannot begin to imagine what it must have felt like for my mother to see my small body react that way. And to later on hear the words "seizure" or "epilepsy" at that time. This was 1975. These were things you simply did not talk about. These were conditions that marked you, made you different, could subject you to discrimination and worse, ridicule. What parent would want this for their child?

And while I have never discussed with my parents what went through their minds at that time, I never felt I needed to. They encouraged in me a love for the sea and water -- enrolling me in swimming classes as early as age 3. Whatever my brother experienced, so did I, we raced go-karts around the village. We felt invincible the summers we grew up -- complete with our super hero costumes. I made for a cherubic Bat Girl.

It was only later on when I spoke to my neurologists when I was perhaps in seventh grade that I realized swimming was one of the things that was most dangerous to me -- as I could have a seizure in the water. But by that time it was too late.

I had already spent summers at the beach, in swim camp, competed even. So for as long as someone was at the pool with me and I never swam alone that was the restriction. If I give pause then, that wasn't so bad -- by that time, with my brother, I had learned to swim the length of the pool holding one breath. 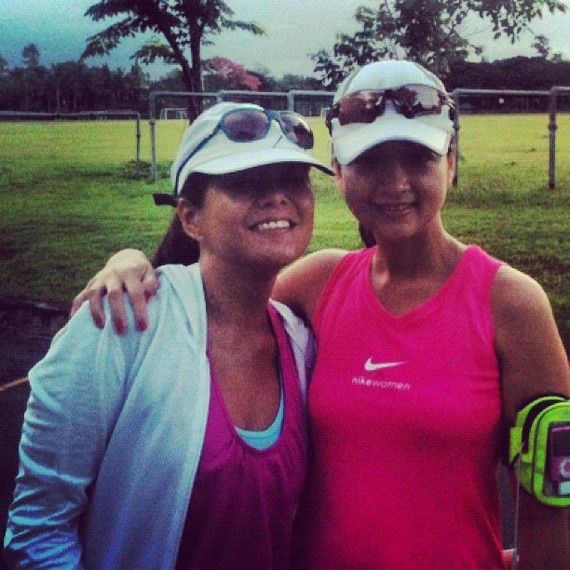 I am certain that I broke my parents hearts more than once. I am sure I created a fissure every time I had a seizure -- whether they were by my side at church, or whether I was alone, falling head first in the living room on a Saturday morning missing the corner of the dining table; or in school, during an exam, knocking my head on the desk beside me; or in the office, during a meeting; or in Toys R Us, on Christmas Eve doing last minute shopping; or halfway across the world in Pittsburgh alone in my apartment at 3 a.m.

If I was in the same country, I would be taken home, allowed to sleep it off, as I would feel completely drained of energy in the aftermath of a seizure. In the mist of exhaustion and medication, I would see my mother crying and I would push her away and my father would hover and pull everyone away until I was more ready.

Readiness for me included mental readiness for a bunch of things that would come soon after. I would have to go back to the hospital for tests, I would be told I wouldn't be allowed to go out for a few weeks/months, depression would set in for a while because I would be reminded as much as I tried that I wasn't "normal". Seizures are a bit of in-your face reminder. So when I said I was ready, family would come in the room, with my favorite food, I would rest for days as ordered by the doctor and we would resume daily activities.

To my parents' credit, I didn't get any slack growing up -- we had equal chores. Whether it was getting up early to walk the dogs, or washing the dishes, doing the gardening, my brother and I shared the tasks equally. If I mouthed off or teased my brother, I suffered the same penalties as my brother if he did the same to me. As a result, I never thought I could "use" epilepsy as an excuse. I was held to the same high standards of performance and behavior. I didn't feel different, I felt special -- but special in the way that each child feels special and secure in their parents' love.

My parents face tough choices every day. Certainly my determination to do things that are more daring make things tougher for them. They have endured my love for travel knowing that when I travel sometimes I will be out of their protection -- and that more than likely I will try things that they will likely be uncomfortable with. Like jumping off a cliff in Mexico, or white water rafting, or climbing a mountain. But they are equally determined to celebrate these joys with me. They love and support that I work at overcoming the limitations epilepsy tries to impose. 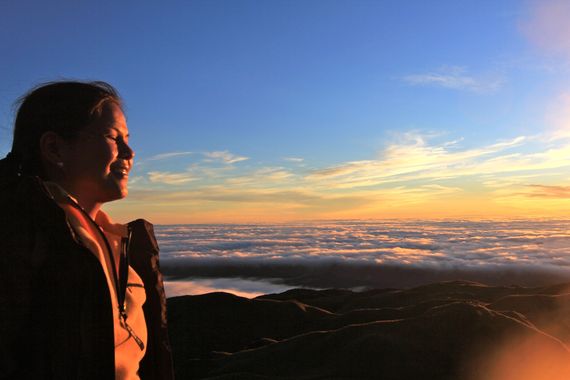 Taking in the view after scaling up Mt. Pulag, the Philippines 2nd highest peak at 3000m

Of course, I've learned to do so with care. When I wanted to take better care of my body, I had been told I could not participate in vigorous exercise all my life as one of my triggers is physical fatigue and hyperventilation.

I enlisted the help of coaches. I took it slow, but now I've completed 2 half marathons. If I decide I'm climbing a mountain, I do so with trusted friends who know what to do and are ready to what it takes to me to a safe place should anything happen. And my tests have never been better. So when people comment that I look fitter now, my dad tells them with pride, "She's a runner you know."

More:
healthy livingParenting seizuresovercoming adversityillness
Newsletter Sign Up
The Morning Email
Wake up to the day's most important news.
Successfully Subscribed!
Realness delivered to your inbox