Trafficking of illegal wildlife is often said to be the most profitable trade in illegal products, behind drugs and weapons. While those numbers are difficult to track and some criticize the estimates as unreliable, the fact still remains: Illicit animal smuggling is a cruel and careless practice that destroys the environment, threatens species already critically endangered and lucratively bankrolls criminals.

According to Traffic, the wildlife trade monitoring network, smuggled animals are often transported in horrendous conditions, and captors utilize harmful techniques to catch their prey -- like illegal logging and cyanide fishing -- that devastate the native regions' natural resources and cripples efforts to preserve biodiversity.

We've already shown you 7 species endangered by internet trading, and 11 threatened exotic pets not to buy, now here are the 11 dumbest attempts at smuggling wildlife.

Let's be honest -- we don't think anyone trying to illegally trade in protected animals is smart, but from stuffing lizards in underwear to selling endangered species over eBay, these people certainly take the cake! 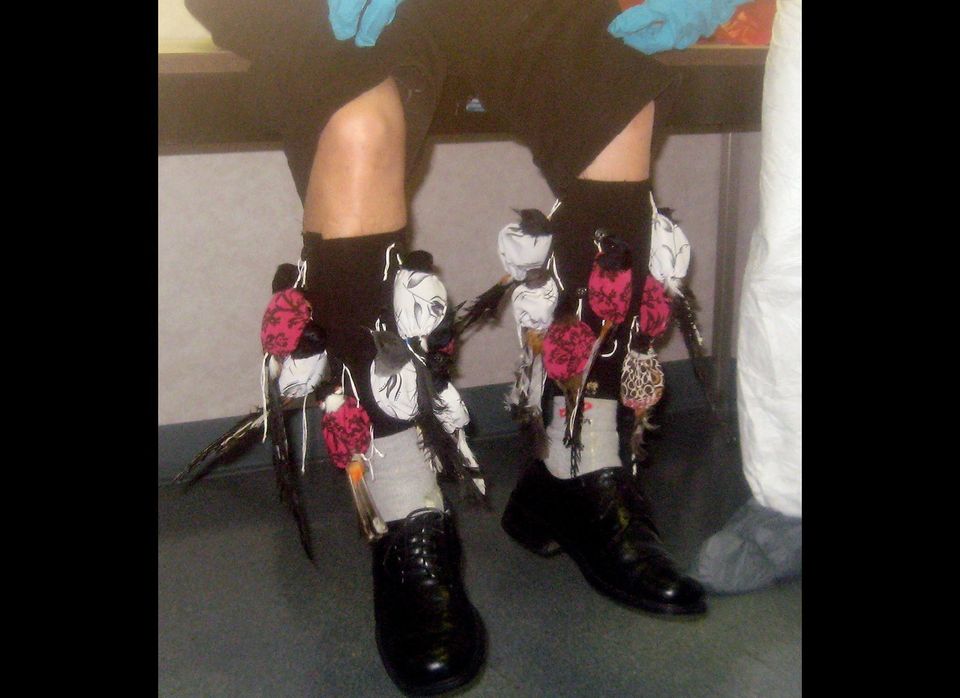 1 / 11
Songbird Socks
46-year-old Sony Dong was arrested at Los Angeles International Airport in 2009 for attempting to smuggle 15 songbirds from Vietnam. Who would have thought that feathers and bird poop on his feet would give him away? Dong used a custom cloth contraption that secured the birds to his calves via buttons, <a href="https://www.huffpost.com/entry/songbirds-smugglers-anima_n_197780" target="_hplink">according to the AP</a>.
AP