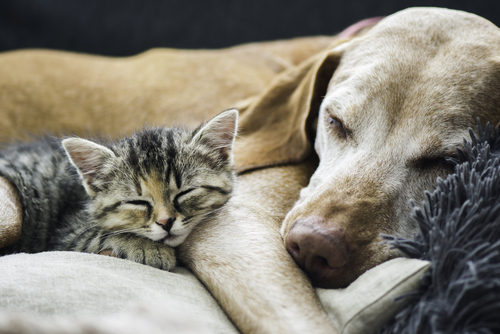 Illinois is the very top of the nation when it comes to animal protection laws. Surprised? Maybe you shouldn't be -- the state's ranked No. 1 for the past eight years.

The top ranking is based on data from the Animal Legal Defense Fund's year-end report for 2015. The Fund combed through 4,000 pages of statutes from each jurisdiction for new animal safety laws. The ALDF says a study of the past five years shows the U.S. has made big strides in improving legal protection for animals -- more than three-quarters of all states and territories have "significantly improved" their laws. It also notes animal fighting is now a felony in all 50 states, and eight of those states have also made fighting a racketeering offense, which can make it easier to prosecute and may elicit tougher punishments.

This year's report also points out the importance of new legislation that includes animals under domestic violence protective orders. Twenty-nine states plus Puerto Rico and Washington D.C. now have these laws.

"Protective orders are crucial for removing both human and animal victims from the cycle of domestic violence, because human victims are often afraid to leave their pets behind," says Stephen Wells, Executive Director of the ALDF.

Illinois has also passed some new laws regarding pet protection for 2016, including a law that prohibits leaving animals outside in very hot or cold weather. Owners who violate the law could face a $2,500 fine or up to a year in prison.

You can see ALDF's map here, along with the five best and worst states for animal protection laws.