Since 1962, the Illinois Capitol has been a holiday beacon for travelers on Interstate highways near Springfield. The colored lights strung from the dome form a Christmas tree visible for miles around.

Beneath the dome, the annual holiday display in the Statehouse has been growing for years.

A giant Christmas tree, nativity scene and menorah have been fixtures in the rotunda at holiday time for years. More recently, the Statehouse has become host to a few less conventional displays.

A pole commemorating the holiday Festivus, invented by the character Frank Costanza in a 1997 episode of "Seinfeld," now is part of the display. Considering that the main activity of Festivus is the "airing of grievances," perhaps it's appropriate that this made-for-TV holiday is recognized in the seat of Illinois government. If you're not familiar with the Festivus tradition, here's all you need to know: 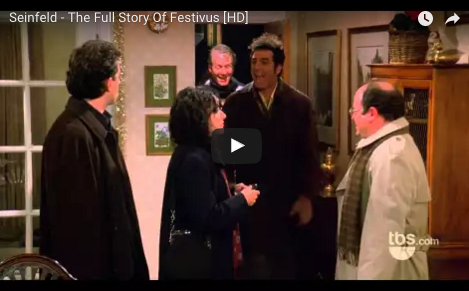 Also among the decorations is a placard from the Freedom From Religion Society. It's not exactly in keeping with the spirit of the season. It "celebrates" the winter solstice by informing onlookers that, "Religion is but a myth and superstition that hardens hearts and enslaves minds."

And why are all these displays allowed? Another placard explains that the First Amendment requires the state to allow "temporary, public displays in the state capitol so long as these displays are not paid for by taxpayer dollars."

So invent your holiday, apply for a permit from the Illinois Secretary of State's Office and you're set.

This week's "Only in Illinois" offers a look at the holiday offerings in the state's grandest building. It comes with greetings from all of us at Reboot Illinois that whatever you celebrate this time of year, we hope you do it with people you love.

You can watch here. 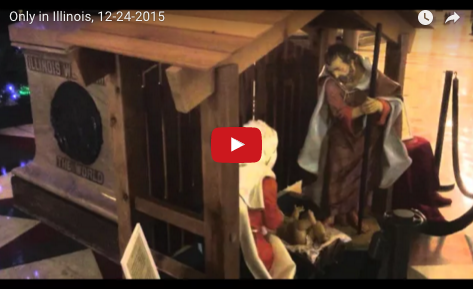 NEXT ARTICLE: GQ Magazine names Rahm Emanuel one of the "worst people" in 2015