The 1967 prison drama "Cool Hand Luke" is a classic, and contains one of the all-time classic American movie lines.

"What we've got here is failure to communicate," the prison's sadistic warden intones with mock regret after administering a beating to Luke (Paul Newman), newly recaptured after an escape.

The line comes to mind this week as Gov. Bruce Rauner delivered his second State of the State Address and his political nemesis, House Speaker Michael Madigan, delivered his response.

Rauner says (more nicely this year than in last year's address) that he will not discuss tax increases to balance a state budget until the Democrats who control the General Assembly pass at least some of his business and political reforms. Madigan says those reforms amount largely to lowering wages and the standard of living for the middle class.

Thus Illinois heads toward its eighth month without a state budget as public colleges struggle to keep their doors open, the state's largest social services provider imposes massive cutbacks and 125,000 college students go without financial aid that had been promised them before the current school year. The state is spending far more than it's bringing in, and it appears likely this could continue into the next budget year, which starts July 1.

We're not sure if this is a failure to communicate or an unwillingness to do so. Whatever the interpretation, it's pretty clear that each side sees the other as the Captain, the tormentor of Paul Newman.

We explore the communication gap that has Illinois' finances in shackles on this week's "Only in Illinois." 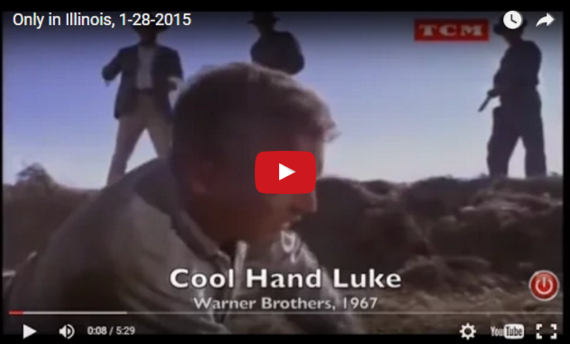