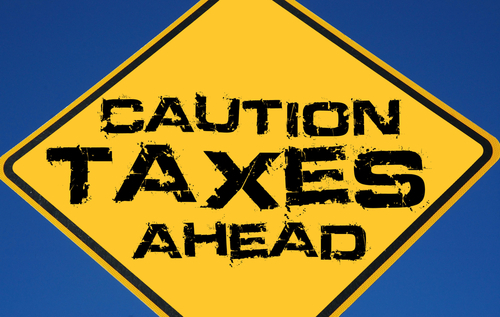 For the second year in a row, WalletHub has pegged Illinois as the worst state to be a taxpayer.

The personal finance site's study ranks all 50 states and the District of Columbia based on the effective total state and local tax rate, which is calculated as a percentage of the national median household income of $53,889. Four types of taxation are taken into account: property tax, vehicle property tax, income tax, and sales and excise tax.

With an effective total state and local tax rate of 14.54 percent, Illinois has the highest in the nation. But when adjusted for cost of living, Illinois' rank went from dead last to No. 43, according to WalletHub.

Illinois was the only state to have a combined tax rate greater than 14 percent, and was trailed by Nebraska at 13.85 percent; Wisconsin at 13.58 percent; Connecticut at 13.48 percent; and Rhode Island at 13.46 percent.

As for the four types of taxation WalletHub used to calculate the effective total state and local tax rate, Illinois ranked 50th for property taxes, 30th for income taxes and 27th for sales and excise taxes. (There's no vehicle property tax in Illinois.)

You can see how we compare to our neighboring states using this interactive chart.

NEXT ARTICLE: Illinois' property tax rate is just a hair below the nation's highest