In 2014, the average net worth of Illinois' members of Congress was $2.16 million, according to a recent analysis by the Center for Responsive Politics.

The analysis used congressional Personal Financial Disclosure forms for 2014 to rank the wealth of all U.S. Senators and Representatives, which can be found on OpenSecrets.org. Nationwide, the average net worth in the Senate was $10.23 million and $7.77 million in the House. 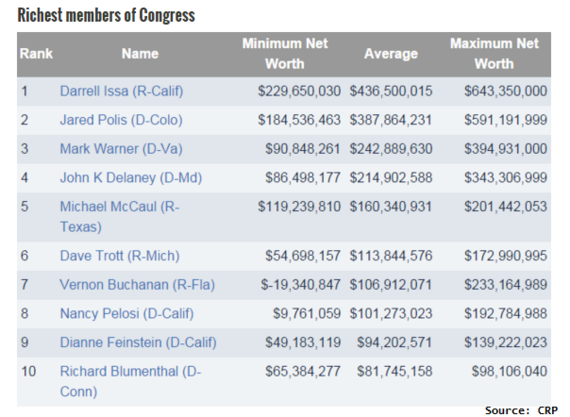 Click here to see an infographic that shows U.S. Sen. Dick Durbin's and Sen. Mark Kirk's average net worth and change in net worth since 2004.

Following the graphic is a list of Illinois' U.S. House members ranked by their estimated average net worth.

NEXT ARTICLE: 'Pot doctors' cause for concern for Illinois' medical marijuana pilot program -- and its patients