Illinois became the first inland state, fifth in the U.S., to pass a comprehensive ban against the trade, sale or distribution of shark fins on Sunday.

Gov. Pat Quinn signed the law at the Shedd Aquarium's Wild Reef, which is home to several species of sharks.

In January, state Rep. Sara Feigenholtz (D-Chicago) introduced a proposed shark fin ban that would amend the city's Fish and Aquatic Life Code to outlaw the controversial practice, spurred in part by Asian culinary traditions. Feigenholtz drafted the bill with the help of the Illinois Humane Society and the Center for Oceanic Awareness, Research and Education, both of which are campaigning nationwide against the sale of shark fins.

The bill, HB 4119, easily cleared the Illinois House and Senate this spring.

Illinois is the first non-Pacific state to pass such a ban, but that doesn't mean the midwestern region doesn't contribute to the shark finning problem: Oceana, an ocean conservation group, reports that Illinois is a large importer of shark fins, with restaurants including many in Chinatown serving shark fin soup and other dishes. According to the group, some shark populations have declined by as much as 99 percent in recent decades because of fin harvesting.

Last fall, California became the fourth state to ban the sale, trade and possession of shark fins over some objections that some Asian cultures consider shark fin soup a delicacy. Hawaii, Washington and Oregon -- as well as Guam -- have also banned shark fin.

“The unsustainable demand for shark fins has had a devastating impact on shark populations worldwide, and this decisive action makes it clear: Illinois will no longer contribute to this wasteful cruelty,” Kristen Strawbridge, Illinois state director for The Humane Society, said in a statement.

“We thank Governor Quinn for signing this bill into law and making Illinois the first Midwestern state to join the international movement to protect sharks by shutting down the market for shark fins," Strawbridge continued.

Check out some of the advances made in the fight against the shark fin trade last year, from Pew Environment Group Director Matt Rand: 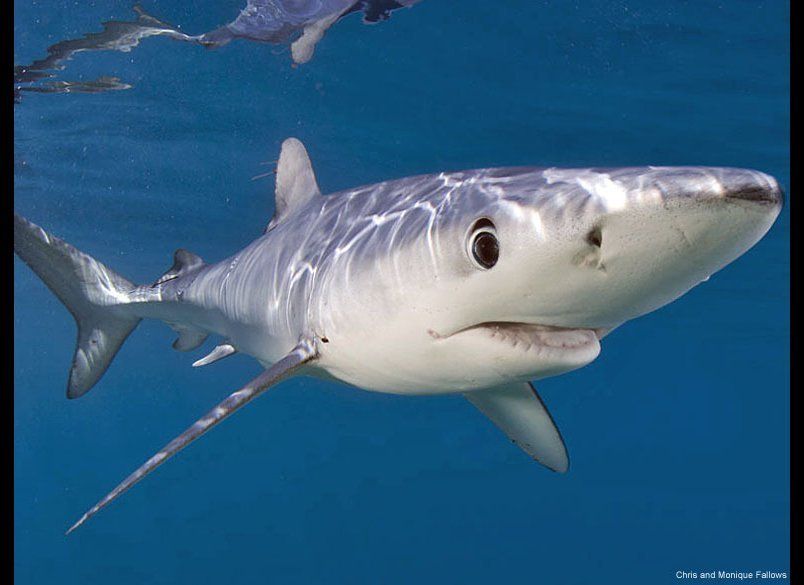 1 / 12
January: Shark Conservation Act Signed
The Commonwealth of the Northern Mariana Islands <a href="http://www.pewenvironment.org/news-room/press-releases/pew-applauds-commonwealth-of-northern-mariana-islands-ban-on-shark-finning-8589941463" target="_hplink">bans the possession, sale, and distribution of shark fins</a>. The law also forbids the landing of sharks at all ports within the archipelago. Coupled with the U.S. Shark Conservation Act, this also bans the retention of all sharks in the waters of this U.S. territory. (Photo: Shawn Heinrichs)