A young family's devastating loss briefly turned to triumph when they made a miraculous discovery among the wreckage of the deadly tornado that struck their central Illinois town on Sunday.

When Washington, Ill. resident Lindsey Grove placed her engagement ring in a box on her dresser for safekeeping Sunday morning, she had no idea it -- along with the rest of her home -- would soon be in the path of one of the deadliest November tornadoes in the state's history.

According to Lindsey's aunt, HuffPost reader Cheryl Wiesner (who shared this story and photos with us), Lindsey and her husband Andrew were at church with their 16-month-old son Philip when the deadly EF-4 tornado touched down. When they were finally able to return to their neighborhood hours later, the couple found their home completely destroyed.

"Everything was gone," Wiesner wrote via email, saying the family was able to salvage a few photos before nightfall but that "nobody held out much hope of finding the ring." Instead, Wiesner said the family planned to return the next day to try and salvage mementoes like their son's baby book and their wedding pictures.

As family helped the couple sift through the wreckage the following day, the family made promising discoveries -- first the dresser, then coins that had been near the ring box -- then Andrew moved a board to widen the search. Underneath: His wife's ring.

(See photos of the Groves' discovery below.)

"Lindsey didn't know it had been found," Wiesner said via email. "[The family] had gone back and forth as they found things showing what treasure they had discovered."

Lindsey's mother told Andrew to show his wife his latest discovery but asked him "don't go too fast" so the family could witness the moment.

"Lindsey's back was turned and her hands were full when she heard Andrew say, 'Lindsey I found something,'" Wiesner wrote. "She turned around to find Andrew down on bended knee with her engagement ring."

Wiesner noted that after the second day of the search, the couple also found their son's baby book and some of their wedding photos.

"In spite of losing their home and all of their furniture and most of the contents of their first home, this wonderful young family feels very blessed," Wiesner said. "They feel they will be stronger after going through this." 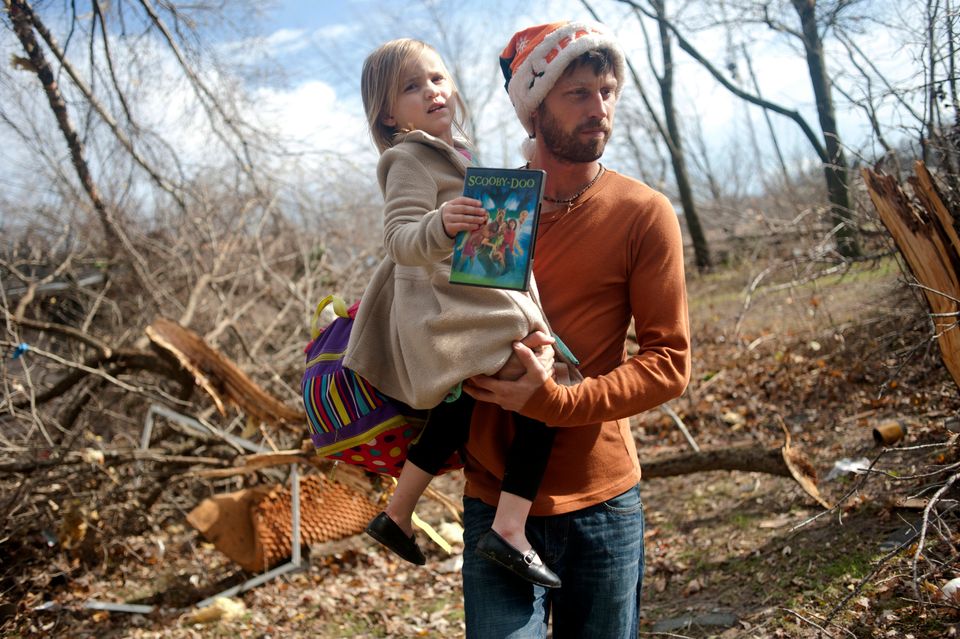