Saving money for retirement is a lot like flossing. Experts agree that it’s important in the long run, but getting into the habit of actually doing it now isn’t easy.

The good news is that many employers offer a retirement savings plan commonly known as a 401(k). The bad news is that understanding your 401(k) isn’t easy. There are many different types of 401(k) plans to consider, and the surrounding terminology may make it tricky for some employees to understand how to make the most out of this investment.

We joined forces with State Farm® to explain the ins and outs of 401(k) retirement plans in six simple comics, helping you maximize your savings while avoiding common pitfalls that may chip away at your nest egg in the long run. 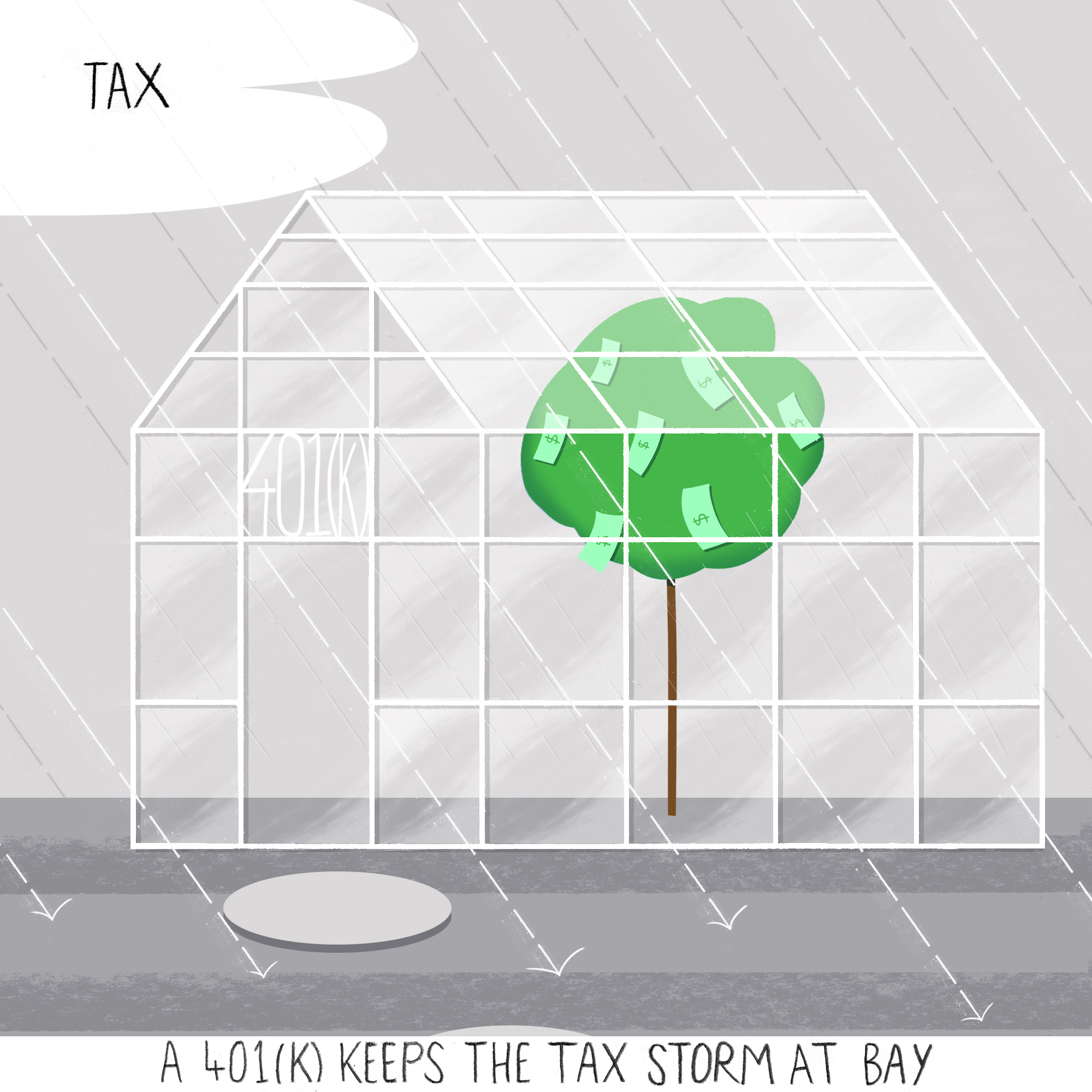 No one would choose to pay taxes voluntarily, yet that’s exactly what you do when you don’t take advantage of a 401(k). Arising from a 1978 law, 401(k) plans have helped Americans save more by allowing them to invest, or defer, a portion of their pre-tax earnings into a retirement fund sponsored by their employer. Unlike the funds in a savings account offered by a bank, the money in a 401(k) is directly invested in higher interest opportunities. 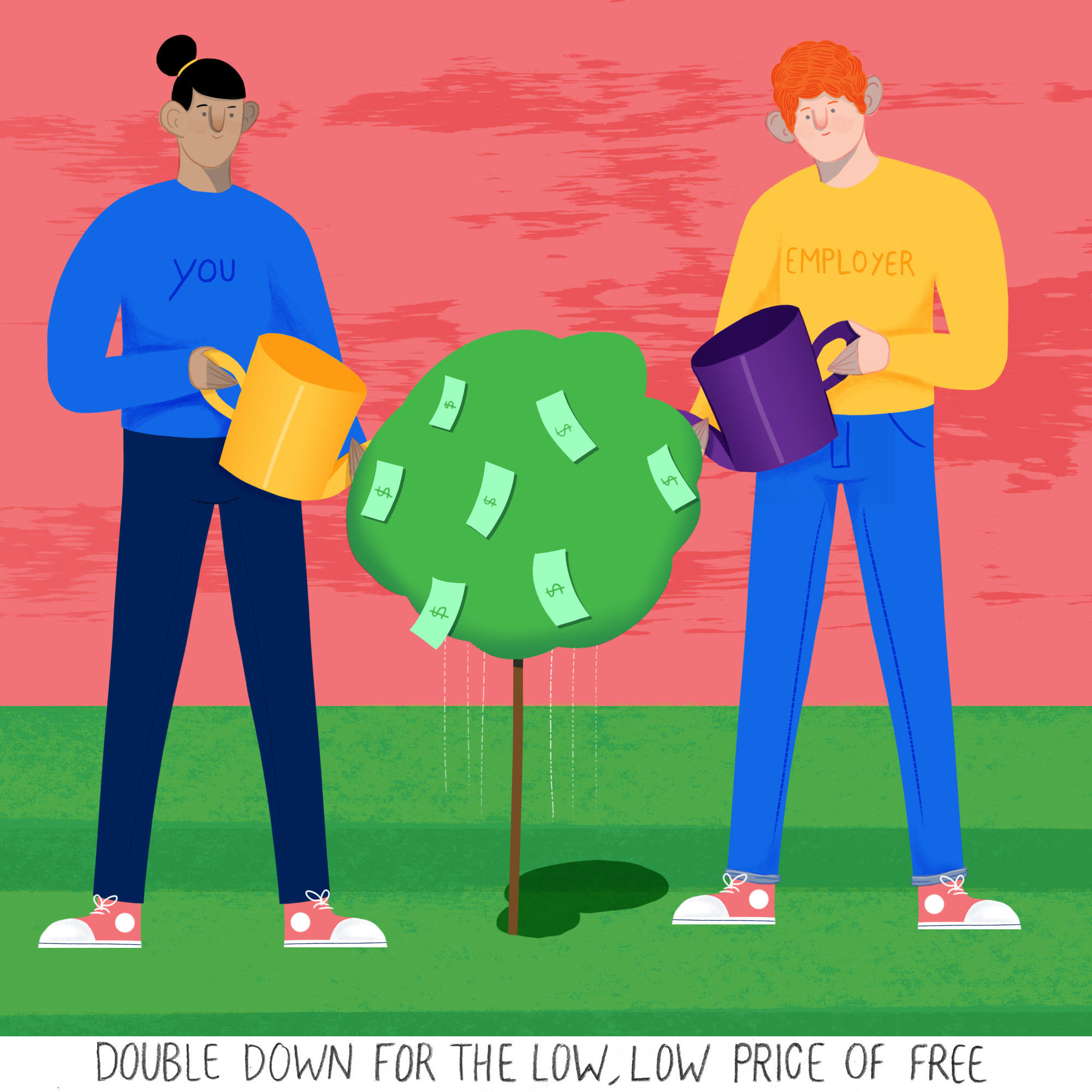 Although they’re not required to, many companies offer matching contributions to your 401(k), which is a game-changer in boosting the size of your retirement account. On average, employers match contributions up to 2.7 percent of an employee’s salary, which has a huge impact on the total size of your retirement account when it’s time to cash out. Think of it as a bump in salary!

Wait, how much should you contribute? 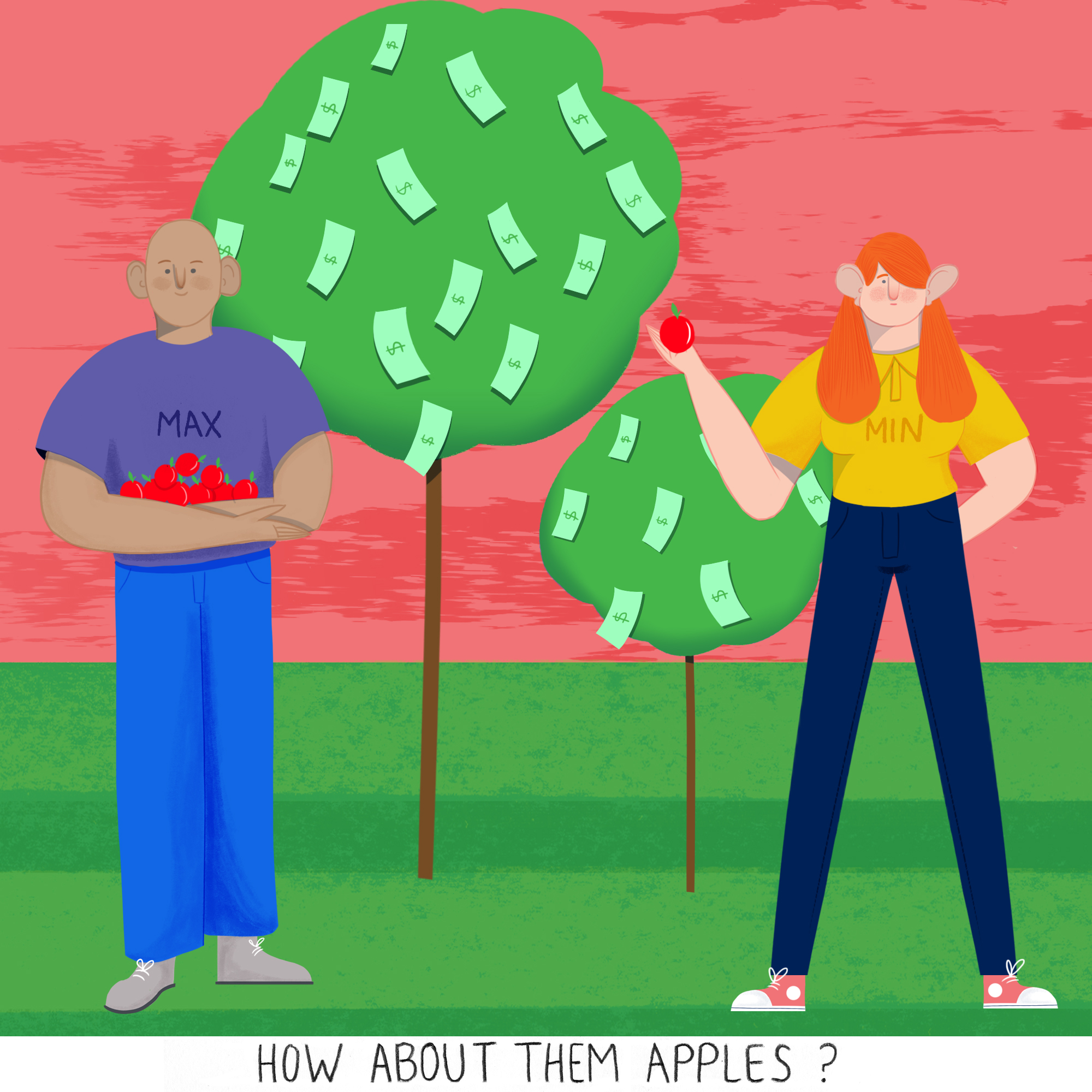 Switching jobs? Here's what you should do. 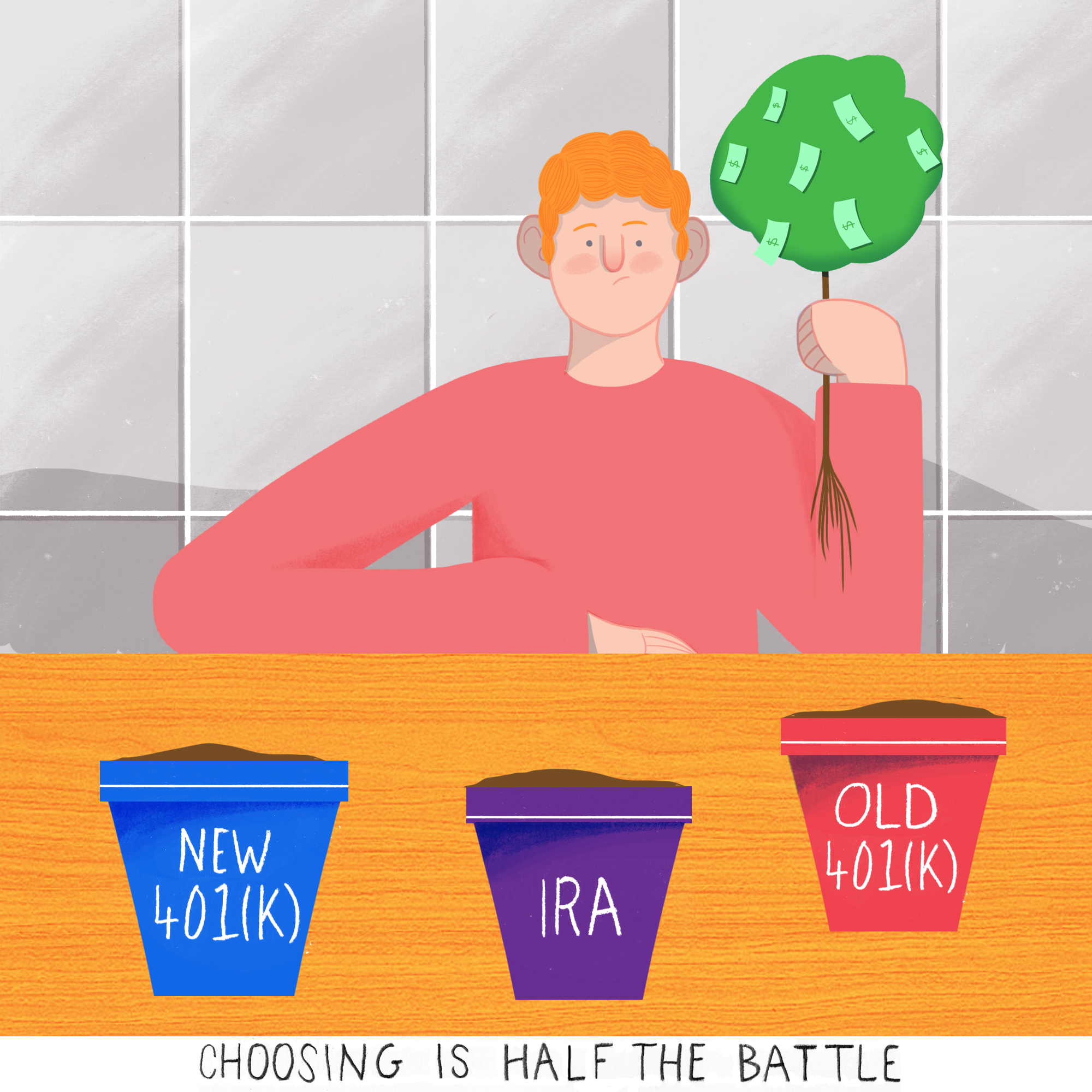 If you’re changing employers, you have four options to consider when deciding what to do with your (now) old 401(k). You may choose to leave your old 401(k) with your former employer, roll it over to a new employer’s 401(k), or cash out. The fourth option is to roll over your 401(k) into an IRA, or Individual Retirement Arrangement.

As tempting as it may sound, cashing out is generally considered to be the worst decision, because not only will your savings be subject to a federal tax between 10 to 39.6 percent in addition to state income tax, you’re also subject to a 10 percent early withdrawal penalty if you’re younger than age 59 1/2.

If your new employer permits it, rolling over your old 401(k) to your new plan is generally a sound strategy; you’ll continue to earn money on your previous savings while putting in additional money from each paycheck. In case your new employer doesn’t offer a 401(k), your previous employer may allow you to keep your old 401(k) under the stewardship of the fund manager if it has $5,000 or more in it. The drawback is that you won’t be able to make additional contributions toward your old 401(k), making it grow much slower.

What about an IRA? When does that make sense? 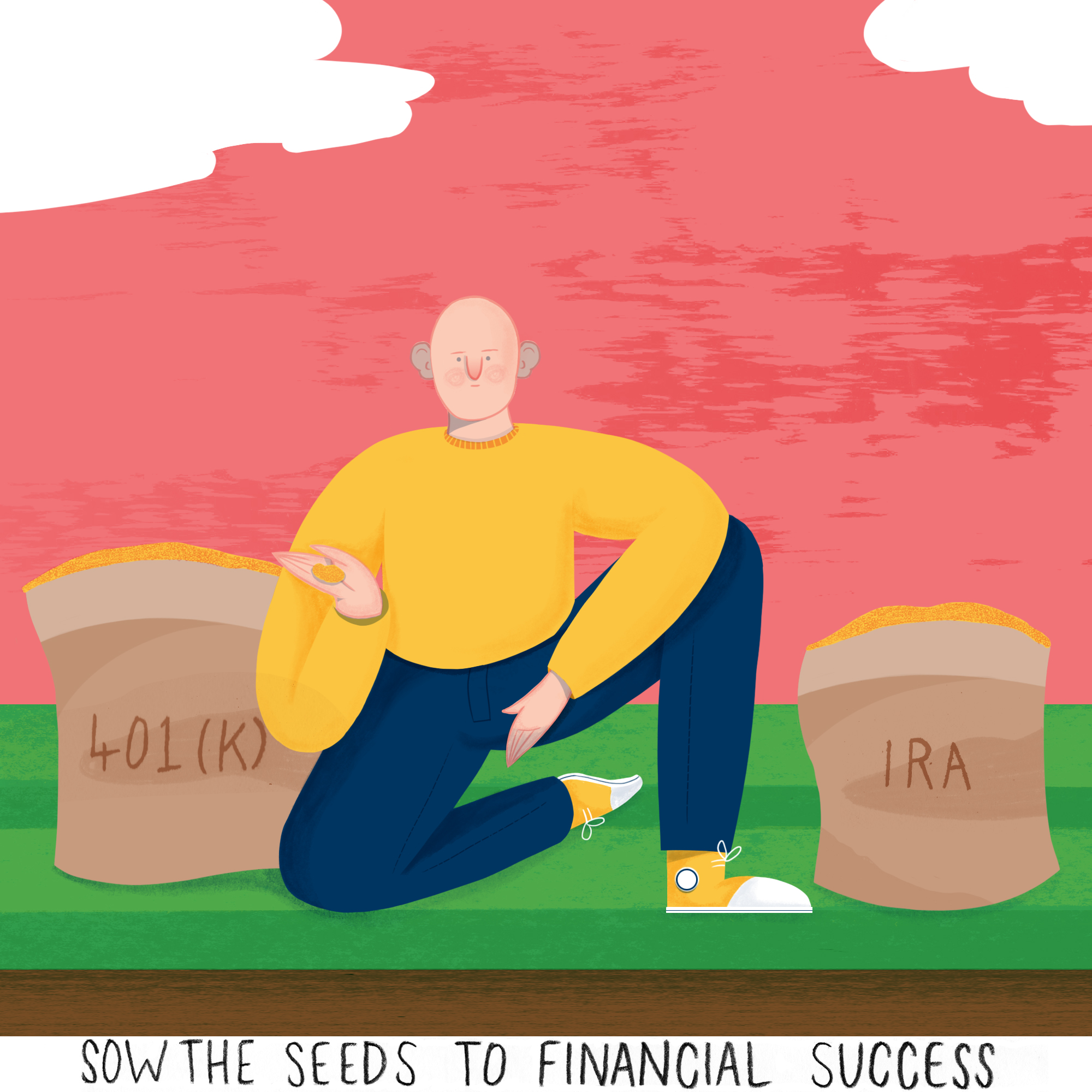 IRAs allow you to set up a savings account similar to a 401(k), except it’s not tied to your employer and you generally have more flexibility over how your money is invested. There are two types of IRAs for you to consider: a traditional IRA and a Roth IRA.

A traditional IRA is similar to a 401(k) in that you won’t pay taxes on your earnings until you decide to cash out. The major differences: an IRA’s individual contribution limit is $5,500 as opposed to the $18,000 for 401(k), and there won’t be any matching contributions from your employer.

On the other hand, the money you put into a Roth IRA is post-tax, but you won’t have to pay any taxes on your earnings when you withdraw your money. Many employers also offer what’s known as a Roth 401(k), which functions exactly like a 401(k) but it follows the tax scheme of a Roth IRA. 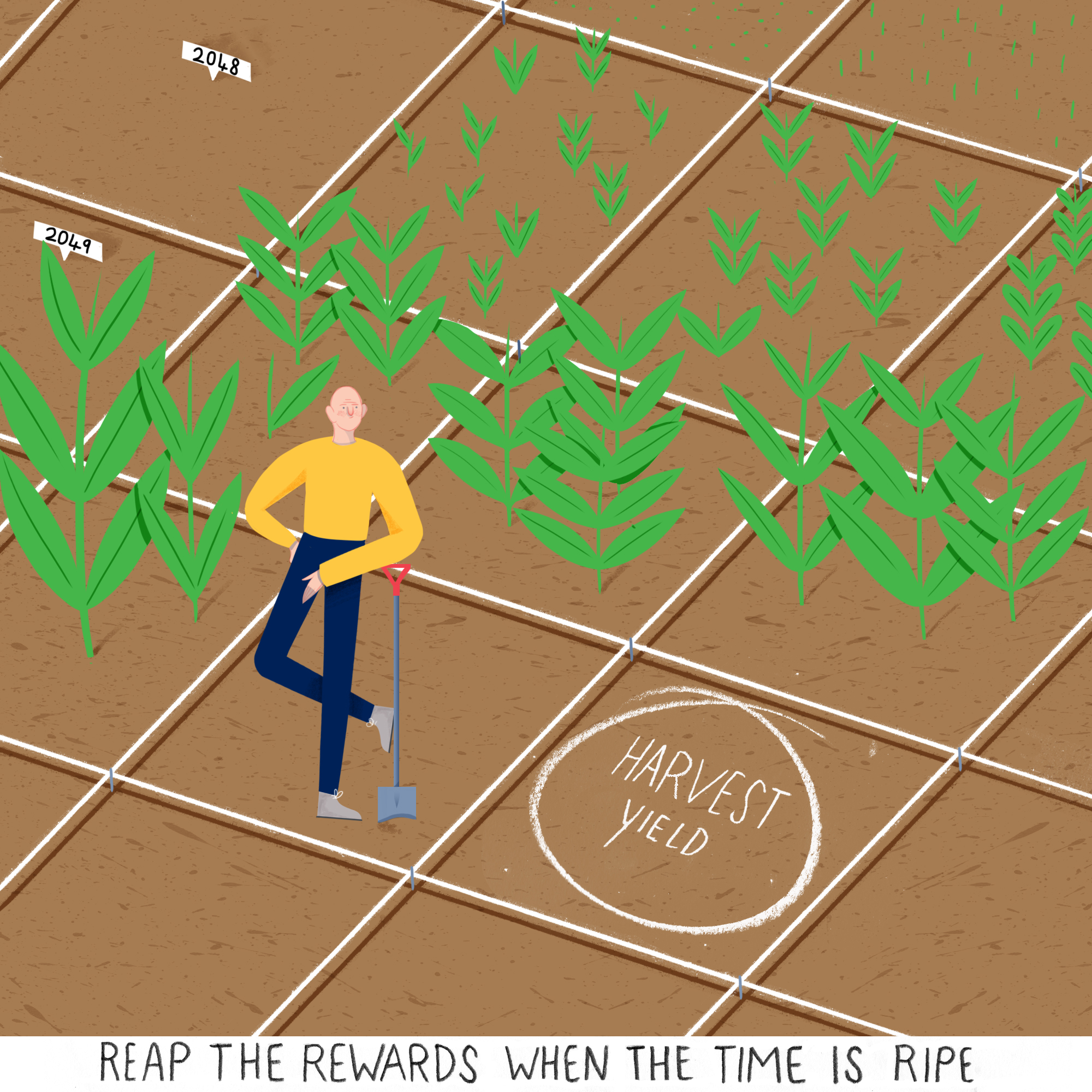 When you’ve turned age 59 1/2, you’re finally able to cash out your 401(k) and IRA accounts without paying the steep early withdrawal penalties, but should you?

Since the full retirement age is 67 for anyone born in 1960 or later, it’s in your best interest to keep working at least until then, as you’ll be able to delay the distribution, or payout, of your 401(k) and traditional IRA until you’re 70 1/2 years old.

Once you’ve figured out the right way for you to receive your savings, take a moment to step back and marvel at the prudence of your younger self: you’ve made it.

Life gets infinitely easier when you’ve planned ahead. Now that you have the tools to embrace your future with confidence, let State Farm® help you to protect it.

CORRECTION: An earlier version of this story indicated that early withdrawals from retirement savings accounts are subject to 25 percent federal tax. The rate varies based on one's marginal tax rate.