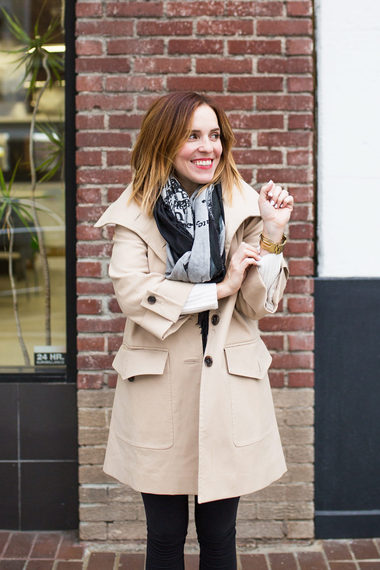 I still kind of can't believe I got a tattoo you guys!

For years I've admired wrist tattoos but I was always afraid that they would hurt-- I'm kind of a weenie about pain. In fact, it's why I wear so many bracelets on my left wrist. The bracelets represented the words or phrases I'd want to get tattooed but didn't have the courage to.

But if I did get a tattoo I used to say, I would get something meaningful because it lasts a lifetime. Maybe I would get one for my kids, or my husband or my grandparents. I figured that if I got one it needed to be something that other people would understand. But I was never going to get one, so it didn't matter. I was never going to get a tattoo because I wasn't that kind of person. Other people get tattoos. But me? Mother of three kids? Writer of cookbooks? Southern woman, with big hair?? No way.

Guys, I know it's silly. All of you who already have tattoos are like, what are you talking about weirdo? A tattoo doesn't define the person who wears it! I get that now, but for most of my adult life I've really thought, this is who I am, I might change or grow in subtle ways but making a change that's so out of character would alter me entirely.

Then I had a bit of an epiphany: I get to decide who I am. Every single day I'm alive, or you're alive, we're choosing this life and this persona. We choose to be the stay at home mom who loves baking and pilates. We choose to be a hipster who loves coffee shops and artisan goods. We choose to be a lawyer who runs marathons and only eats organic. Every single part of our persona, no matter how long we've rocked it, is a choice we make every day. This was a MASSIVE eye opener for me. And as odd as it sounds, when I realized this and it hit me right between the eyes, the very first thought I had was, I'm getting a wrist tattoo!

So then the question became... what am I going to get?

You May Also Like:
7 Secrets of Confident Women
Nobody Cares About Your Dreams
Embrace Your Chaos