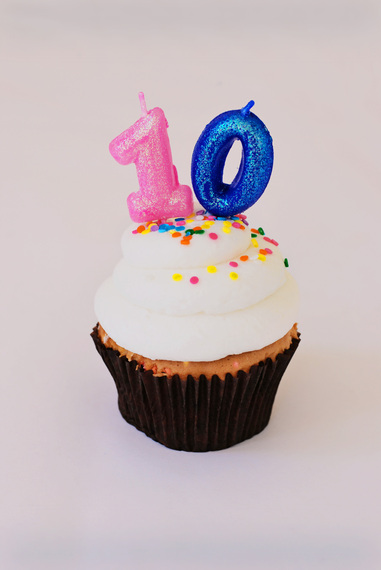 On March 24, 2006, I entered the emergency room breathless, foggy, and very very thirsty. For a year and half, I had become increasingly ill with reoccurring sinus infections, chronic fatigue, constant thirst and hunger, tingling feet, blurred vision, weight loss, and depression. I saw five medical professionals, all of whom looked at me in bewilderment. One even shrugged, then sighed, and then said, "Anorexia?"

I was subject to multiple and painful blood draws while nurses piled every warm blanket they could find onto my shaking frame. One nurse walked into my room and exclaimed, "You smell sick!" After an hour, a doctor came into my room, his eyes wide as he read over the paperwork cradled in his arm. He looked up at me and said, "We know why you've been so sick. You have Type 1 diabetes. Your blood sugar is 700. You're going to the ICU." 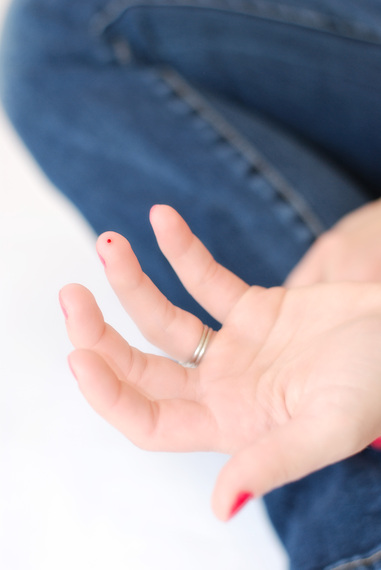 When I was brought to the ER, I was in a state called DKA, Diabetic Ketoacidosis. My body had become toxic and was essentially eating itself and shutting down. More than one hospital staff member told me in the coming days that I was very, very lucky to be alive. Had I of waited even a few hours later to go to the hospital, I would have been comatose or dead. What was even more shocking was my A1C, a number that indicates a 90-day average of a person's blood sugar. A normal A1C is below 5.7 percent. Mine was 16.9 percent, so high it wasn't on a single medical chart. Later after researching, I learned that a normal blood sugar is around 100, and mine on average for 90 days, was 434, over four times the norm.

The following five days were miserable. I was hooked up to many monitors and an IV. I was humiliated that I was forced to urinate under the supervision (and with the assistance) of a nurse. I was stuck with so many needles that my arms looked like a globe: smattered with shapes of blue and green. I had two terrible roommates; one called out to her dead husband all night long and the other was puking non-stop. I was forced to wear a mauve colored hospital gown, open in the back, sized for a grown man, not an emaciated woman. I got no sleep. I had no peace. The worst part was knowing that if just one of the five medical professionals I saw had tested just one drop of my blood, I would have been diagnosed much earlier, perhaps preserved some of my pancreas function, and would have avoided a traumatic knocking-on-death's-door experience.

On the fourth day of my stay, I was told I needed to have an education meeting with a diabetes nurse educator so I could go home and begin my life as a diabetic. This meant testing my blood sugar 10 times a day, learning how to count the grams of carbohydrates I consumed, and dosing and injecting insulin. Type 1 diabetics produce little to no insulin, so insulin must be administered in order to stay alive.

I didn't want to meet with this educator. I was exhausted, angry, and weak. My feet felt like a million ants were marching right under my skin, a side effect of elevated blood sugars. I hated the food I was forced to eat, the glossy brochures on diabetes that one nurse put on my bedside table, and the monitors I was forced to keep stuck to my body. I had no interest in embracing my disease and my new reality. 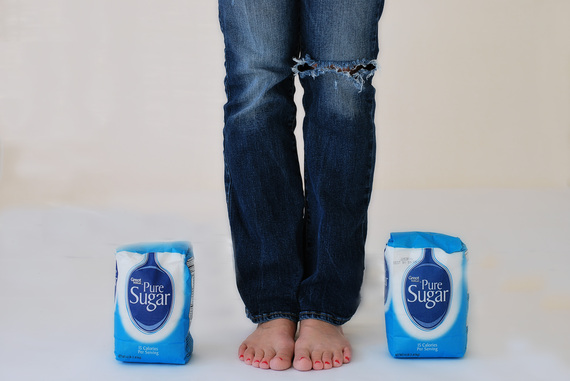 But when Sonia Stalker breezed into the room, I knew she was different. She was warm and incredibly empathetic without bestowing pity upon me. She said one of the most significant, healing, and honest things anyone has ever said to me about my disease: that I had to mourn the loss of my body failing me, because it really was like a death.

She was exactly right. It's been 10 years since that dreaded diagnosis day. I've had dozens of medical appointments, thousands of needle sticks, hundreds of phone calls. I manage my disease with the use of an insulin pump and a continuous glucose monitoring system; both are attached to my body at all times. And though they are my life-sustainers, they leave scars -- physical and emotional. Every day is hard. I know my body failed me. I felt like (and sometimes still feel like) someone very, very close to me had died suddenly, leaving me abandoned, lonely, and forever-changed. 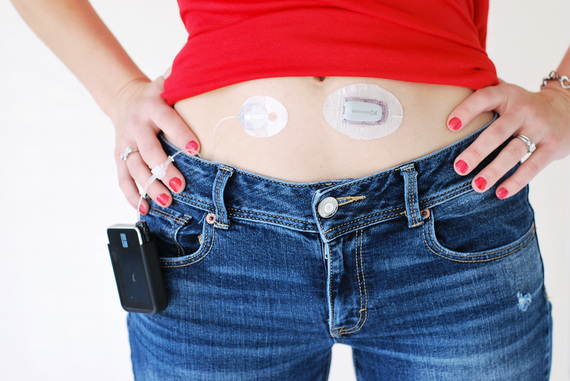 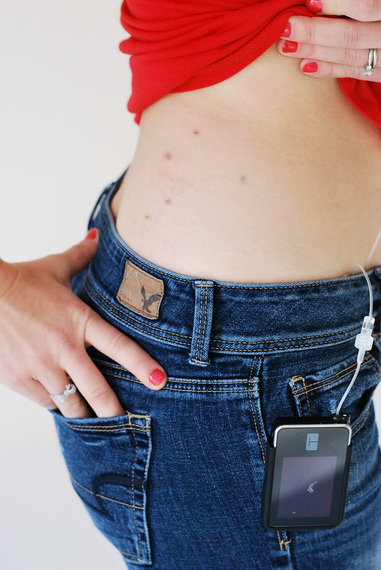 Having a chronic, autoimmune, life-threatening disease is my cross to bear in life. It's all-consuming, and if it isn't, I risk diabetes winning and killing me. It can take my vision, my kidney function, my lower limbs. It is here to destroy. It does not hand me any easy days. It refuses to grant me peace, grace, or too much hope. 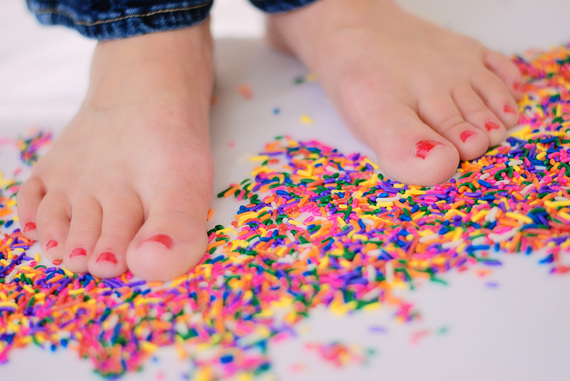 I've had to make up my mind, and keep making up my mind, that I will fight. I will not be knocked down. I will not wallow in valleys. I will am thankful that diabetes gave me the gift of motherhood. I celebrate the fact that I lived to tell others to make sure that when their child is ill, they insist that the doctor check the child's blood sugar.

I will never take for granted that on March 24, 2006, I was saved from death. I was on the brink. And after being sick for so long and being given up on, I myself was ready to give up. But just in the proverbial nick of time, I got an answer. I got a second chance. 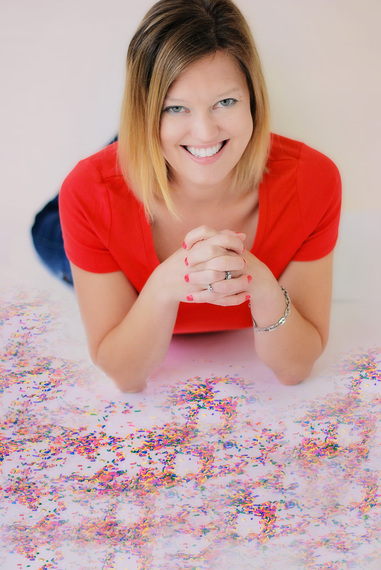 I am 34 years old, but in some ways, I'm 10. I now can say I have a decade of managing a chronic disease behind me. As for the next 10 years, I pray there is a cure instead of another decade anniversary. But if that doesn't happen, I will continue to fight, continue to educate, and continue celebrate opportunities I'm given to live and live well. 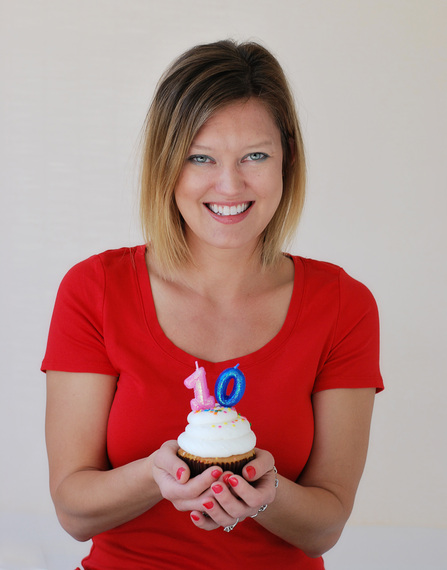