I'm alive today because God used an urban ministry to bring my parents together, and to lead our family to a more dynamic faith. 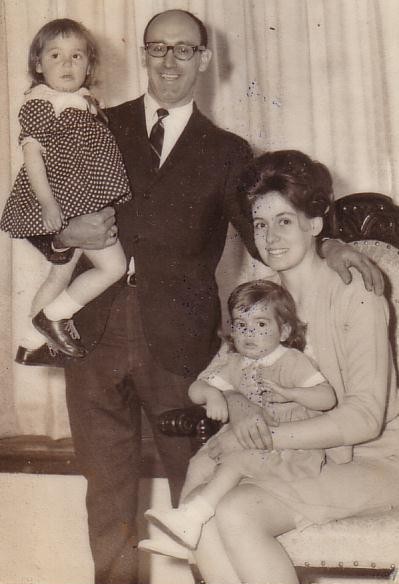 My bio at UrbanFaith says that I'm a product of urban ministry. Readers might infer from that statement that I came to faith in Christ through an urban outreach program, and they'd be wrong. Although my earliest memories are urban ones, I grew up in a bucolic mile-square beach town that people visit to escape city life. What I mean is that I'm literally a product of urban ministry, and I owe its practitioners a great spiritual debt.

Both my parents were raised in mainline denominations but came to dynamic faith, in their respective cities, through the para-church ministry of Young Life. It was through Young Life that they met, and it was with Young Life that they served together as newlyweds in lower Manhattan and Harlem in the early 1960s. When my father, Vinnie DiPasquale, died in 1975, another Young Lifer was called upon to check up on his widow. That dear man eventually married my mother and became my "dad."

My father Vinnie's story was recounted in a 1965 Baker Book House release called Teen with a Future and Other Stories of God's Power for Teenagers and he is mentioned in an article written by one of his Young Life mentors, Bill Milliken, in the May-June 1963 issue of a periodical called Faith at Work. He had been a gang leader, a drug addict and a thief, as well as a Golden Gloves boxing champion, before accepting a unique invitation. Here's how he describes his conversion in "Rescue of a Junkie," the chapter he contributed to the Baker book:

One night after I'd been desperately kicking the [heroin] habit for a week, I found out that five of the guys in my old gang were going on a free trip to Colorado. Boy, did that sound good! I found out who had invited them -- Harv Oostdyk -- and asked him if I could go, too. When he said yes, I was more excited than I'd been in years.

All the way out there we guys lived it up -- stealing and all, the way we'd always done. I could tell it worried this guy Harv, and I couldn't figure him out. He was so different from the guys we'd known.

As soon as our car pulled into this big ranch, about 50 or 60 kids surrounded us and greeted us. I could see that they were different too. Suddenly I knew that -- hopeless junkie though I was -- there might still be hope for me at this place.

What I didn't realize was that this Frontier Ranch was a religious outfit, sponsored by an organization called Young Life. I didn't even know that the fellow who'd brought us out there free was the New Jersey director of Young Life. To me Harv Oostdyk was just a swell young fellow who for some reason got a kick out of doing something for guys like me and my buddies.

But I did know I was going with him all the way. And I did. I went to every single meeting and encouraged the other guys to go, too. I was 22 then -- older than the other guys -- but for the first time I was hearing how Jesus Christ loved me -- me -- and had died for me on the Cross and was alive and able to help me today. Through faith in Him I could become a new creature with the Spirit of God living right in my heart. And I could see that these other people really believed and experienced this.

Before the week was over, I -- and two of the fellows I came with -- had believed in Christ and experienced salvation for ourselves.

Things didn't go so well when Vinnie tried to live out his faith on his own. He writes:

Back home, though, where I didn't know any other Christians, the going was hard. I didn't know anything about the Bible or separation or anything like that. Harv tried to help me, but I was in Newark and he in Morristown, New Jersey, and he had many other obligations. After a couple of months -- much as I hated it -- I found myself falling back into my old ways. And I kept falling back into them for three years.

Then one night, thrown in jail, I really started thinking. I'd said once that He was the Answer. He had made me a new creature. Was I acting like one? What had gone wrong? Why had I messed up the one wonderful thing that had ever happened in my life?

Almost miraculously I was able to get in touch with Harv again a couple of days later. He took me into his home, got me a job, and began helping me grow in the Lord.

By June 1960 I was able to start a work with some other Christian fellows, helping guys who were down where I once was.

Throughout the rest of his life, my father struggled to live out his faith. By the time he died in 1975, our family wasn't attending church at all, and my parents had briefly separated. He told my mother that they needed to "get right with the Lord" and started back to church on his own. My mother took his sudden death as a spiritual wake up call and dragged herself and her two pre-teen daughters to a little Baptist church, where we heard and later responded to the gospel.

Harv Oostdyk still ministers to young people in New York City, according to his brother John, who is my step-dad's oldest and dearest friend. When I reprinted "Rescue of a Junkie" on my blog in 2008, a woman emailed to ask if I knew how she could reach him. She wanted to thank the man who had changed her life. I've yet to meet Harv, but I too owe him a great debt.

Not only that, but his example of radical self-sacrifice on behalf of my father and countless others like him serves both as a bracing witness and an encouragement to anyone who seeks to live and love like Jesus did. From the bottom of my heart, I offer up my gratitude.

*This article is reprinted with permission from UrbanFaith.com.