So when I found myself single a few years later and decided to enter into the dating world, I realized that my dilemma was twofold; not only did I understand very little about how single people went about being a couple, but when I found one I might want to couple with, I had to figure out how to tell them about my rather unconventional day job. 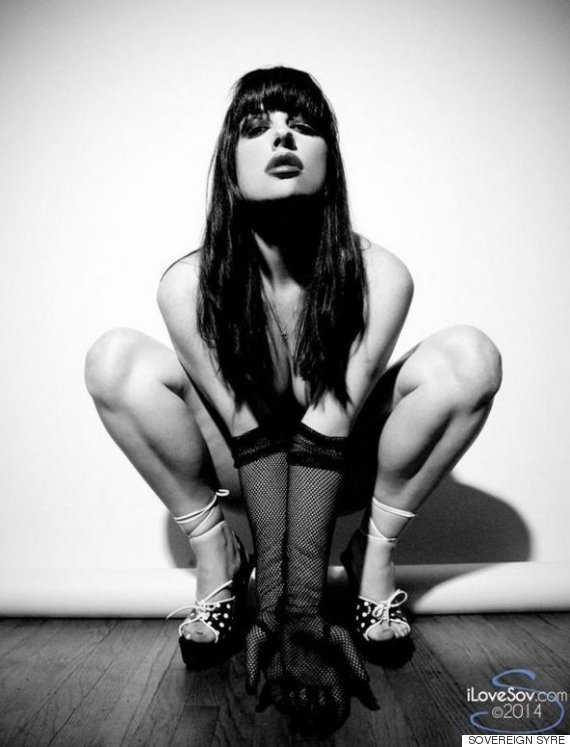 I wasn't really interested in getting emotionally invested in someone else. But I also didn't worry too much about what might happen if I ever wanted to date a "civilian," since I wouldn't have to explain much more than that I had sex with women on camera sometimes. They'd probably get into a high fiving contest with their friends. 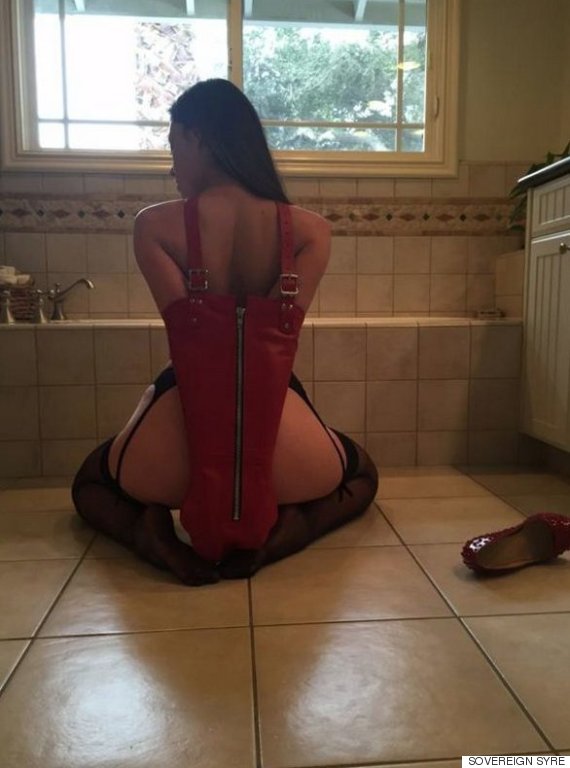 In the first year of being single, I just kind of reveled in my freedom.

I was spoiled. If I wanted great sex with a hot guy who wasn't going to try to bog me down in emotional stuff, I could just call one of my coworkers. And so that's what I did for a while; just slept with my work friends who kept it cool but satisfied the physical urges with the added bonus of no explanations required. It wasn't until a year later when I started shooting scenes with men as well that it hit me.

I was at a gas station filling up the air in one of my tires when a strikingly handsome guy pulled up next to me. He was like something out of a billboard selling cologne, and drove a Mercedes and blasted Band of Horses. He wasn't exactly my type, but he was certainly good-looking and he was confident.

"I know this is weird, but you're really beautiful and if I don't ask for your number, I'll probably never see you again."

His name was Paul and he had blindingly white teeth. I gave him my number. 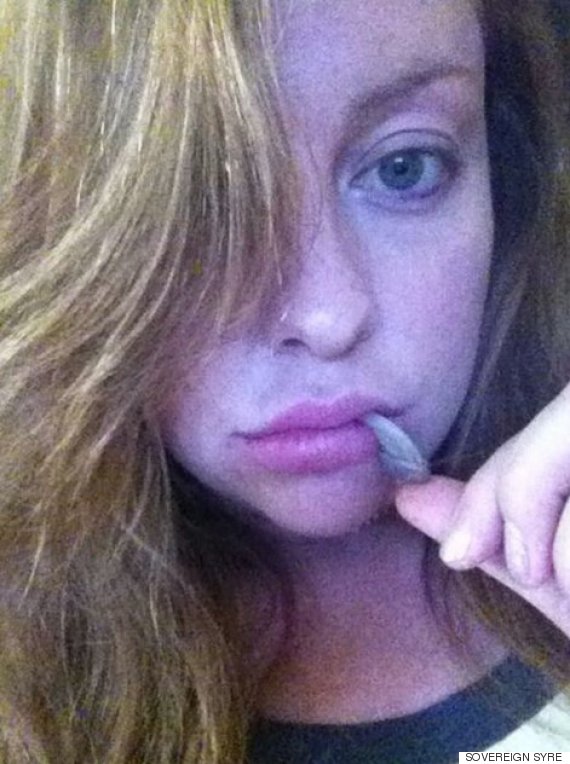 As a civilian off work.

That night we were out on a date. He was courteous and lovely. He had just finished his bachelor's degree and was contemplating entering the police academy with an eye on becoming a detective.

That all sounded great to me, and I realized that I really, really didn't want to tell him about myself.

I love my job. I think I do something important in its own way. I perform in graphic narratives that people use to get off. I think getting off is a vital part of human life and one that we shouldn't have to apologize for. I also realize that reality is a long way off, and in the meantime I spend a lot of my time wading through the bog of shit that is other people's shame and rage as it relates to their sexuality.

So I didn't tell him.

I justified this to myself with the notion that, hey, who knows if this is even serious and why weigh it down unnecessarily with all of the heavy lifting of institutionalized sexism that demands very specific sanctions against women that are empowered in any way financially or sexually, and, most especially, both?

We shared a sweet kiss. He had a firm body and a pressing desire, but was very respectful in a way that was so sweet it made my stomach turn.

The chemistry was nice, but I decided that he wasn't worth the trouble.

I didn't despair long. My brother came to visit me for the holidays, touting the virtues of a new dating app called Tinder.

A dating site seemed a little easier. I could put myself out there without any pictures from work, get some responses to people that were genuinely into me, and then I could come out if we made it past a few dates. 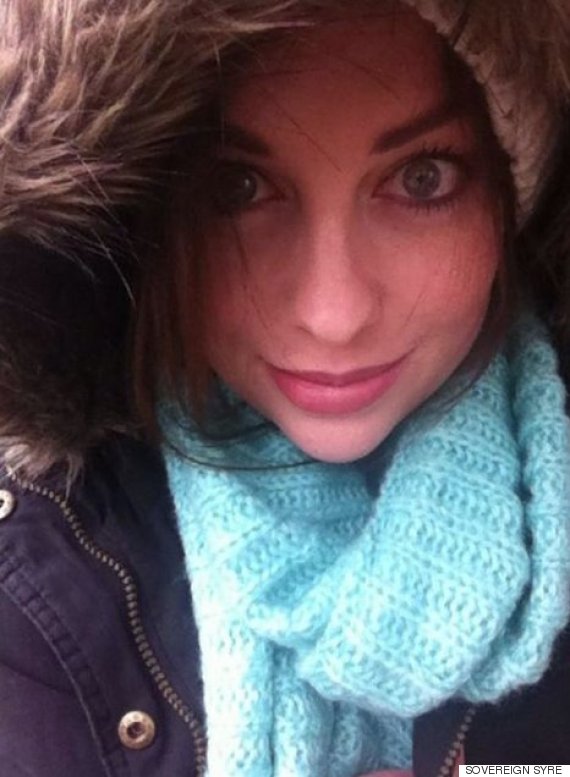 My phone was buzzing immediately with more "matches" than I could keep up with. Tinder is a slash and burn campaign through the sexual jungle. I became precise in my rejection of people based solely on their looks, age, or interests. But once again, it's hard to get to really know someone without revealing a key piece of information, mainly that all of your income is derived from the sexual services you sell, and more than that, a brand that revolves around sex.

As much as I tried to keep my job out of the conversation in the getting-to-know-you phase of courtship, it's typical to ask what someone does for a living.

It was hard. I found some good matches on Tinder. I'm college educated and I'm a writer. I have a lot of interests that aren't necessarily common among my work peers. I come to the job with a somewhat unusual background, which is fine for friendships, but when it comes to developing more intimate relationships, it can be more challenging. Tinder was dangling some pretty sweet fruit in front of me. A guy with six pack abs kissing a dolphin with a graduate degree in comparative literature? Ugh!

I realized I had to just start telling people.

I made up a pat response. When a guy would ask me to tell them about myself, what I did, etc., I would reply with:

"Writing is my life. I travel a lot, but not to anywhere interesting, usually San Francisco or Las Vegas, sometimes NYC. I love history and music and I have a pitbull rescue named Coco that I'm over-emotionally attached to. My iPhone is my life, I live out of suitcases, and I haven't unpacked most of my furniture yet. Netflix is like weed to me, and I have a diet that involves things called 'cheat days' and 'shame spirals.' I like the words 'overmuch' and 'evermore.' I'm a feminist and progressive and have a graduate education and really strong views about the wage gap. I write for an edutainment program about history on YouTube, I have a podcast, and, also, I'm a porn star."

This little chunk of text actually served me well. Most guys weren't scared off by my admission. What I learned is that a lot of people know someone who is in the adult industry and a lot of people don't really mind potentially fucking a girl that fucks professionally.

What I did find was that no matter what, it would shift the tone of the conversation. Now guys would want me to send a selfie; they'd tell me how sexy I was despite the fact that I wasn't using anything more than fully clothed, decidedly neutral pics from my iPhone on my profile and my bio read, "Doe-eyed intellectual giant seeks Marcus-Aurelius type for disordered romantic attachment."

Of course, too, they wanted to know all about my work. Most correspondences devolved into these vaguely sexual exchanges. There's an assumption that you want to engage with people's erections at all times.

"You're so sexy. Can you maybe send me a selfie?"

I understand it's meant as a compliment, but the problem is that most of my interactions are based on my looks, and the main thing I'm looking for when I decide if I'm going to date someone is a sense of rapport. It's a subtle thing . . . but it's there, the feeling that men get overwhelmed with the idea of a P_O_R_N_S_T_A_R.

I don't really hold any of this against people. There's no guide to dating a sex worker and I hardly expect anyone to "get it right" on the first go. Having been an adult for a while, I've seen relationships that work and ones that don't, but the rule is that every couple is unique and they all have to negotiate the very normal human feelings of jealousy, insecurity, and self-interest.

I deleted the app after four or five conversations that all ended the same way.

"You seem pretty clever what kind of history you into? What do you write?"

*I offer some part of the French Revolution that I'm interested in and ask them about something in their profile.*

"You still want to hang out?"

I decided to abandon dating sites for simply relying on people I met through Twitter or through friends, people who already know what I do. I've had to become very zen about dating. I wait for potential partners to come to me.

I'm impatient, so it is challenging, but the results have been somewhat surprising. A lot of really interesting people are actually very open to the experience of dating a girl in the sex industry. (It's like the institutionalized sexism I've toiled under all my life was telling me lies . . . .) When you put it all out there, you get some really amazing things back.

I have a podcast where I interview comedians, and I found a guy from New York I really wanted to have on. I saw he was coming to LA in the near future and we struck up a conversation on Twitter that quickly went to text. We had a good rapport. We decided to meet up at a show he was playing. He was stunning, attractive, intelligent, and with a kind of magnetism that made it feel like you'd already seen him on his own TV show.

After his set, we met at the bar and talked about a way to get him on my show. He was leaving soon. He was curious about what I was about, what I wanted to do with my life, what my ambitions were. I tried to explain the premise of my show.

"My ex-girlfriend was an escort, she used to say the same thing," he said.

And he said it without a trace of shame or judgment.

And I think I cracked a smile for the first time since I'd started on all this nonsense.

We weren't on a date, and this wasn't a romantic encounter, but it filled me with hope.

I'm a Sex Worker, and Dating Is Awkward
7 Steps To Mind-Blowing Sex