For about 30 years, I've been a redhead, a blonde and bit of a patchwork quilt. Here's my brave tale about trying to get back to my roots. Warning: some images may cause unexpected gasps, night terrors and/or laughter.

The patchwork quilt that was my hair.

Growing up with lemons

My grandmother often sat at the kitchen table with both of her elbows perched inside two lemon halves, treating that often neglected body part to a zingy dose of acidic cleansing fun. In the kitchen, my mom drizzled lemon juice on chicken, while the nearby television set blurted the latest info about which new cars were leaving consumers with a sour taste in their mouths.

As for me, at the ripe 'ole age of eight, lemons were for one thing and one thing only.

I would frantically squeeze every last bit of citric acid on my head until the juices trickled down my scalp like sweat. Sure, I may have been in the third grade, but what a sun-kissed little third grader I was! My hair alone proclaimed that fun in the sun had been had. Even as the leaves started to change, light summer memories lingered between my naturally dark strands.

Sunshine on my shoulder makes me happy.

Subsequent summers were often spent with a longtime friend at her family's vacation home in Canada.

We decided to bid adieu to lemons and step it up a notch. With bottles of spray-in hair lighteners by our sides, we were delighted to conveniently spritz on some glam while sunning our pre-teen selves. Yes, we were growing up in the world, going from beauty in the grocery aisle to beauty while lounging at a Canadian isle.

Rebel with a cream

As high school approached, it was time to get serious about the world. Taking algebra and going to my first rock concert serious. And boy, did I know pizazz -- or in the case of an 80s metallic hair mousse brand, Pazazz -- when I saw it.

It boasted exciting colors like blueberry and copper. I choose the latter; shiny, fresh-from-the-mint penny hues for every strand. Blue, I reasoned, would just not look natural. 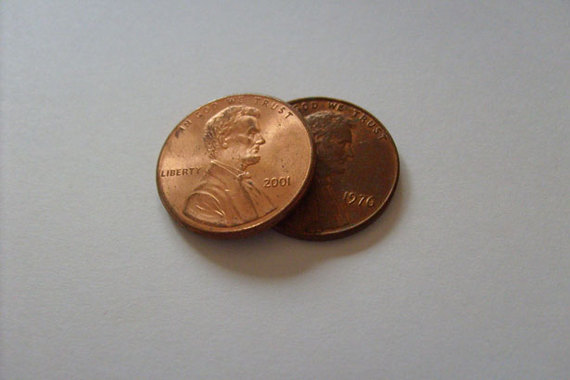 Copper hair? Why not?

As algebra segued into French classes, I decided my hair should have that certain je ne sais quois. I was a girl -- no, woman -- who took French and lived to see the rock band, the Scorpions, in concert. At this point, color in a can would be ridiculous.

I was fully capable of blending creams and bleach powders together. I downright enjoyed using a mini plastic comb to apply the concoction to my copper kaleidoscope.

The auburn color stayed with me, although by the time I reached my senior year of high school, I was ready for the real deal.

I loved to peruse lovely boxes that carried fancy brand names, all boasting images of hair as flawless as the faces below them. Was it any surprise that my favorite box color bore the vibrant name, "Sunset Flame"?

The name exuded a fierce energy that I felt was appropriate to radiate from atop my head. If it were a cloudy day, not to worry. I would step outside, my massive hydrogen mane an explosion of light and happiness.

Who was I kidding? Frankly, I looked like Lucille Ball in an Oldsmobile Cutlass Ciera the day I received my first driver's license. 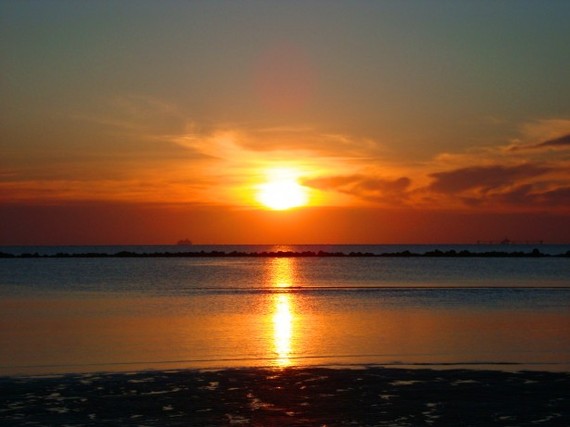 I was not brave enough to post a picture. This will have to do.

During college, I traded my auburn tresses for ones that seemed more appropriate -- whatever that meant -- for a young woman declaring a major and crafting resumes. I snatched up a box of dark ash brown, feeling more at ease with getting back to my roots.

The rest of my 20s and 30s were a blur. Through the decades, at-home dye adventures were replaced by excessive salon visits. There were foils. Cotton balls tucked around the perimeter of my scalp. Forgotten globs of dye that sat nestled in my ear for hours in public.

However, perhaps my worst moment came when I tried to go lighter. Not subtle streaks of light peeping through, but "light" as in trying to see if blondes really do have more fun.

I tried just about every shade on the other side of it, so why not try to live in Goldilocks' shoes? I did, and I did it for less than a week. Blonde just didn't work for me. I lived with it for three embarrassing days until I went back and requested a fix to my follicle fiasco.

Getting back to my roots... sort of

Several years of post-third grade peroxide (and every other kind of hair changing method) had finally damaged my tresses. My once-silky dark hair had seen more colors than Renoir might have. Hot oil treatment and leave-in goop hardly helped. It was time to quit this addiction. I was dependent on a box whose only warning was to patch-test some strands of hair prior to embarking on a headful of hell.

In February 2007, I only allowed the likes of scissors and shampoos to touch my hair. A1 or B7 might as well have been bingo card designations. The only sunset flames I knew of were beautiful evening shades in the sky. Lemon juice was for my salads and salmon.

For two long years, I braved 2-inch, then 6-inch roots, often feeling like a two-legged calico at a computer during work. An almost indescribable fusion of dry reddish-blonde crept away to reveal deep, dark, shine. Friends urged me to seek help, yet I refused treatment. No more dye! No more ammonia smells! No, no, no! 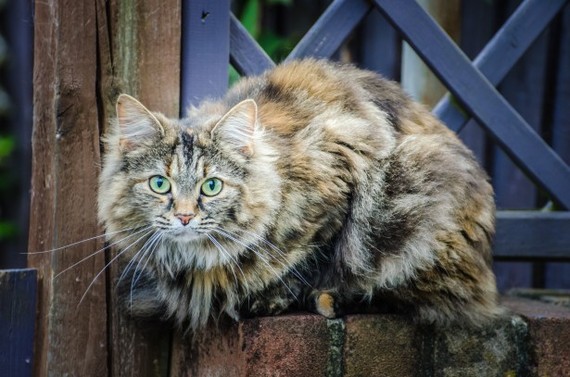 My hair or a multi-colored cat on top of my head?

Then something amazing happened: I saw healthy, dark color that up until now had only been peeking from my temples and nape. I was thrilled!

However, since letting my real shade shine, age and life has caught up with me.

My father has since passed away. I divorced and remarried. Weight loss and body image struggles entered the picture at one point.

Finally satisfied with my natural shade, I now have no choice but to color my hair if I'm to avoid looking as though tinsel is sprouting from my temples. My goal is to cover the grays and maintain the color I was born with. The challenge, however, is to resist the temptation of boxes with irresistible names, fun pastel chalks and the colorful trends my hair stylist talks about.

"Dark chestnut brown," I tell my stylist, proud of my semi-restraint.

Coloring my hair, I tell myself once again, is the right thing to do. 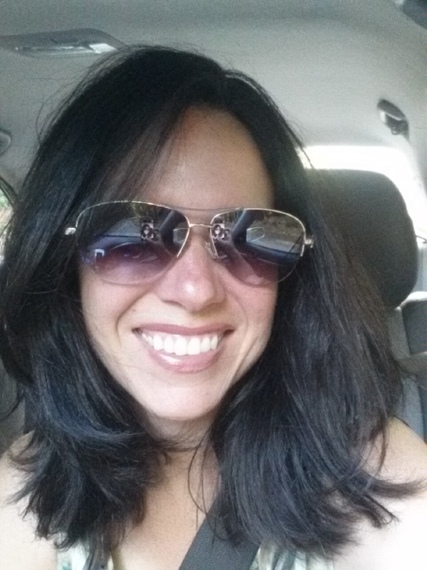