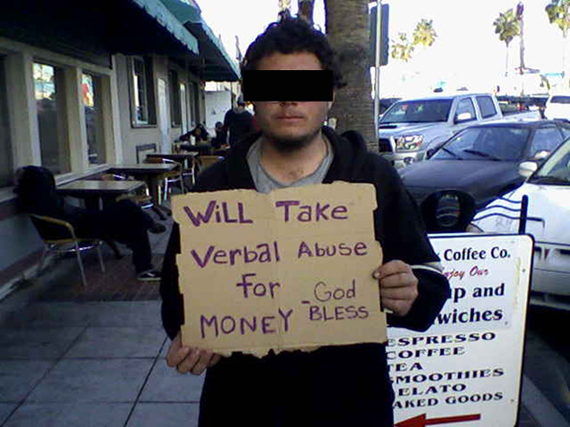 I am working on my fourth book, and my third crowdfunding campaign. During my first one -- first crowdfunding campaign -- a good friend and fellow writer told me he would not support my campaign, because he held a strong moral belief that publishers should be paying writers to write. I too hold this moral belief, but unfortunately the publishers don't necessarily embrace that agenda, and a strong moral belief plus a dollar gets you a medium cup of coffee during a McDonald's breakfast special. In one McDonald's near me it gets you a large soda, and really it's just for the dollar, the moral belief is not legal tender. There isn't even a punch card.

So as a three-time crowdfunder let me tell you a little secret: almost no one gets rich. There are a few exceptions, those are celebrities and people pre-selling really cool gadgets. And it's not even fair to say they are getting rich because the money is, for the most part, going into the product. There is also the crowdfunding lottery winner -- say someone with a really outrageous belief who pisses off some people so much that other people dump in money on principle -- and there is the occasional really sad situation or little kid. I don't know the stats on being a crowdfunding lottery winner, but it's reasonable to assume that the likelihood of winning is akin to that of the Powerball MegaMillions Jackpot ®.

Here's another secret: it's a ton of work! For my first two campaigns I went with Kickstarter and aimed to raise $5K each time. I did, and speaking of McDonald's, had I been working there I would have made a lot more than $5K in the hours I spent on the campaign. But there are other reasons to do it. You get to promote, you get a sense of the interest, you get feedback, and if you enjoy being shamed for begging, you get shame showered on you like a plague of frogs.

That brings me to my current campaign. This time I am using GoFundMe, because truth be told, I didn't think I could pull off another Kickstarter. With Kickstarter it's all or nothing -- you raise your goal or you get nothing. GoFundMe has an option where, for giving up a slightly larger cut, you get whatever you raise. There is also no time limit. However, big GoFundMe successes are generally very personal in nature; GoFundMe is the home of the crowdfunding lottery, so most campaigns don't do all that well. It also has more of a begging for money feel -- and people really don't like that. They really don't. Really.

I am being less aggressive in this campaign because I see it as a long haul rather than short push. But you can't neglect it entirely. If a crowdfunding campaign falls in the woods, it gets buried by a tree. So, I posted my campaign on a Facebook page for a writers' group in my state. I was cautious with my wording, not wanting to seem imposing or entitled. I didn't really expect to get any contributions, but you never know. What I did get was a comment on my thread addressed to the page admins telling them to set posting guidelines. In other words (paraphrasing), keep out the damn riffraff. When I responded, saying I thought it was fair to ask other writers in my community for support, I was accused of begging for money. And in response to that, I said (paraphrasing again) yes, I am indeed a lowlife begging for money, what's it to you, lady? The lady then blocked me. I'm not counting on her cash.

So here's the thing. It's hard to get paid to do anything creative these days, or innovative, or risky, the slightest bit subversive, or not on reality television. And crowdfunding has been touted as the new best way to fund-raise for just about everything on earth. There are classes and workshops on it. There is legislation making it more effectual, and less legal. There are liberal justifications for and against it, and conservative ones too. People are encouraged to engage in it and made to feel pathetic when they do. It's a tough business and we can all imagine who gets the best deal in the end: the people who invented Kickstarter et al., were freaking geniuses.

My point is, if you plan to crowdfund, do it shamelessly. Not recklessly, but suck it up when a lot of people say you are begging for money, because maybe you are. And maybe you're not. But what's it to you, lady? In that spirit, here is my latest crowdfunding campaign link, (this book is called Fat Science. It's about fat and science): GoFundMe.com/FatScience.