I am going out of town this weekend to meet a man. A stranger. We have seen pictures of each other, but this will be our first face-to-face meeting. In just two more days, we will finally meet in person. Two days is not nearly enough time to prepare for this meeting, although in reality, I have had nearly 21 years to do that. You see, I am going to meet my firstborn son and his mother. His real mother.

On a crisp Sunday morning in October 1994 at the age of 20, I gave birth to a healthy 8 pound baby boy. Rather than calling family and friends to share the news, rather than celebrating his birth with showers and fanfare, rather than holding him close in a celebration of maternal love, I quietly placed him for adoption and did my best to pretend nothing had happened. In short, I tried to go on with my life.

I chose a new family and a new life for my firstborn from a binder full of profiles of hopeful parents-to-be; I knowingly and willingly signed away my parental rights shortly after his birth. "Birthdays and holidays will be hard," the adoption agency told me. I nodded as if I understood and was prepared. I didn't. And I wasn't. I cried often during the first several years, and thought about that baby every single day. But, somehow life went on. 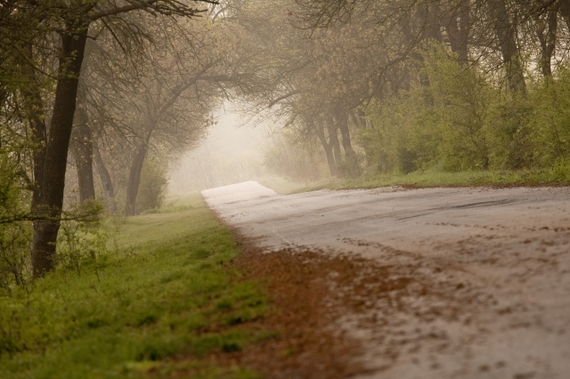 Until seven months ago, I didn't know his name; I didn't know where he lived; I didn't know what he looked like, but the wondering and the not-knowing festered inside of me, and it hurt. As the years passed, rather than becoming more distant, that ache I felt became more acute and I knew deep down that I needed to at least try to initiate contact.

When I found him and his family earlier this year, I reached out to his mom and began a tentative correspondence. So began my healing process. Thankfully, she has been nothing but open and engaging, and willing to let me into their lives. From our communications, I get the sense that we could easily become friends. That she loves her two boys beyond measure was obvious from the first time we spoke.

For almost 21 years, there has been a part of my heart and soul living on the other side of the state, less than six hours from me by car. I have visited the area where he goes to college now and he has likely visited the city where I work; it is conceivable that we crossed paths at some point, both unaware. In just two short days, we will meet face-to-face. And I am terrified. I have so much I want to say, so much I need to say, and I don't have the first idea how to express everything that is in my heart.

I have tried to explain in halting correspondence with his mom why I made the choice I did all those years ago, but there's no way I can fully describe what was going on with me at that point in my life. How can I explain that when she and her husband agreed to adopt that baby boy, they were saving both his life and mine? That I am the person I am today because I made that choice?

At 20 years old, I was an unmarried college drop-out with no skills. I worked in a fast-food restaurant and lived in a studio apartment. I had no insurance benefits, no savings, a checking account that was negative more often than not, and felt I had no support system. I was frequently, if not clinically, depressed and I had no ambition; no goals or clear direction in life. If not a loser, I was certainly lost and if not desperate, I was definitely in despair. I wasn't ready, emotionally, financially or otherwise, to be a single parent.

The adoption experience fundamentally changed me. I wallowed in depression for several months after the birth and adoption, but as the months and years went by, gradually I found myself wanting more; I felt I had been given both a second chance and an implied obligation to make something of myself. I wasn't cut out to be that baby's mom, but I could change my own trajectory. And so I tried to do just that. 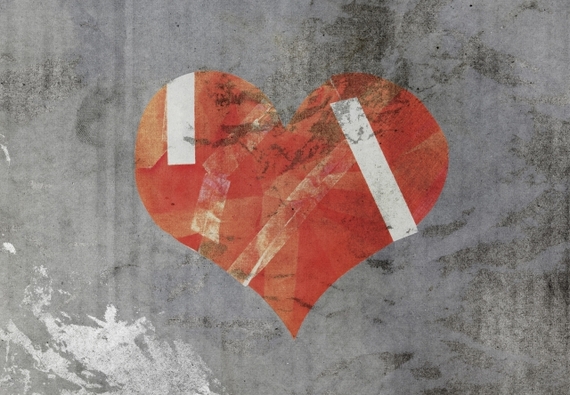 
I often think of how different my life might have been, had I chosen to keep that baby. I probably would not have gone back to college a couple of years later to finish my bachelor's degree. If I had somehow managed to do that, it is extremely unlikely that I would have gone to law school at 30 to get a law degree. Would I have ended up marrying my husband in 1998 and would we still have had a baby together in 2000? I cannot say for sure of course, but I doubt it.

I imagine that, had I decided to keep him, that baby and I would have lived a hand-to-mouth existence. I know I would not have been able to provide him with the opportunities, things and experiences that his adoptive parents could and did provide. More than my financial instability though, I was not emotionally stable enough to be a mother. Still half a child myself at 20 years old, I was impulsive, irrational and unreliable. By placing that baby boy for adoption, I hoped I was giving him the chance to have a real life, with real parents.

When we meet this weekend, how can I possibly thank this woman for rescuing both me and that baby? I wasn't ready to be a mom in 1994, but she was. She was the one who was there for him when he was teething and when he was sick; she was there when he learned to read and to ride a bike and when he graduated from kindergarten; when he was hurt or frightened; when he learned to drive a car and graduated from high school and started college. By being there and being his mom, she gave him a real life but she also gave me the chance to get my act together, and to be someone.

As I look at the calendar with a mix of excitement and fear, more than anything I wonder what it will be like to meet that almost 21-year old young man, whose DNA is half mine, for the first time. What will his voice sound like? Will he remind me of me or of his biological father? Will we get along? Will he resent me? With every fiber of my being, I pray the answer to that last question is "no."

When he meets me, will he wonder what it would have been like to grow up with me instead of with the parents who raised him when I couldn't? Will he see me as a mostly put-together, responsible-seeming adult and wonder why I made the choice I did? How do I possibly make him understand that the adult I am today bears almost no resemblance to the floundering person I was as a 20-year old? Will he understand that I didn't reject him when I placed him for adoption? I rejected me as his mom.

Yes, I am going out of town this weekend to meet a man. A stranger. I have no idea whether this will be a one-time meeting or if we might, over time build some sort of relationship. For now, I am content and grateful to have this amazing opportunity to meet face-to-face. Content, grateful and, yes, terrified. One thing is certain: I will finally have some closure for that chapter of my life.