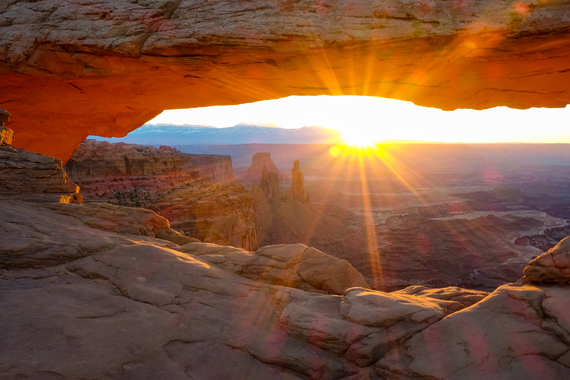 59 parks in 52 weeks -- that's fewer than one per week -- and it's all happening by road, save a few plane rides to reach island destinations. Everybody I've told seems genuinely excited for me. I am excited for me. And I am excited for Jon, my sig-O and better half, with whom I've dreamed about this project for over a year. In four weeks, we'll be packing up an Airstream trailer and heading out on what we think will be the Greatest American Road Trip--visiting all 59 U.S. National Parks during 52 weeks to celebrate the centennial anniversary of the U.S. National Park Service.

Good lord, it's really happening. Honestly, we didn't think that it actually would. When I mount all of the obstacles that have stood between the red and green light on this project, I can't see a clear line between the two. At some point, we became so invested in the idea that we decided that we were all in and just needed to go for it. It was then that we started quietly planning.

Gauging the reactions we've encountered when explaining the project as it became a reality, it appears unanimous that it's a worthwhile pursuit. Some don't say too much and simply wish us well. Most enthusiastically have the "say what?!" face and ask for information on how to follow us along the way. And a small handful, bless them, truly 'get it.' They get how difficult it is going to be when fatigue sets in as it most certainly will from time to time. They get the enormity of the task it will be to create the large amount of content we will need to in order to satisfy the project and our commitments. They get that it's a huge move for both of us. Bye bye friends. Goodbye house and see you in one year, beloved little fur bags. Goodbye for now jobs at NASA and The National Geographic Society -- will you please hire us back if it all crashes and burns? We'll miss weddings, funerals (but hopefully not), holidays, birthdays, babies being born, a presidential election (though we're from DC, so our vote doesn't count anyway), the summer Olympics, goodbye steady paychecks, dentist appointments, walks through the zoo, parties, and family dinners -- we'll be absent during many of the occasions that ultimately shape the landscape of a year in the life of a human being. And those who 'get it', truly get us -- as we've made it our part time jobs during our last decade together to wander the world every single chance we get.

Obviously, we'll gain a lot of things too, otherwise we wouldn't be taking the risks that we are to realize this very long idea. We get to hit the open road. We get to train and sharpen new skill sets that will help us find work again when the project wraps. We've mapped out our entire year with a very clear focus. We'll meet people, eat at diners along dusty roads, and see precious landscapes and monuments in our own country that we otherwise wouldn't had we not cooked up this adventure. We'll build fire pits, hike, bike, and camp on mountainsides. We'll kayak, stand up paddle, and swim in lakes, rivers, and oceans. We'll experience four seasons in wild expanses, and long days and nights working while on the road. We'll read, talk, laugh, and listen to music. We'll bicker as we take on new roles as business partners in this venture. There will be challenges and successes. And at the heart of it all, we'll get to truly understand America's best idea -- the U.S. National Parks -- in its fullest expression, every single day during 2016. I bet the National Park Service didn't think their annual park pass would ever actually be exercised to its fullest capacity. I cannot wait to buy one this year. It will be the most special purchase I'll make -- passage to all of the parks. 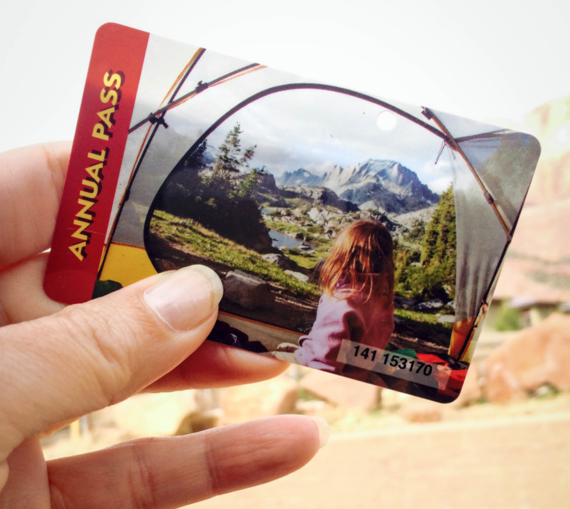 There are parks in places that I bet many are unaware of. I certainly was unaware of quite a few. In the U.S. Virgin Islands, the Gates of the Arctic in Alaska's Northern Territory, and deep in the Pacific Ocean in American Samoa live parks that are just as important to the park system as Yosemite, Yellowstone, and The Badlands are.

This project has been a long time coming and Jon and I have been building our strategy to get here longer than anyone really knows. For the better part of a decade after the office lights dimmed, we regrouped at our dining table to work on freelance and side projects, spent our commutes on public transit tirelessly building our social networks, all the while relentlessly seeking inspiration to fit those pieces into the larger puzzle of our lives. So far, just the edges of that puzzle are formed. This year, we'll fill in a large part of the middle. We hope you'll join us in placing those pieces, because those who are supporting us and following along will be the glue that holds us together in the Airstream crew module that will carry us through our next adventure together. With all that we've learned in our professional lives and during our time on the road, we know we are equipped to bring to you a story that NASA, National Geographic, and the U.S. National Park Service will be proud of. It is our highest hope that everyone who follows our story will be proud of it too. After all, that's our ultimate goal -- to highlight the wonder and beauty of our nation's greatest treasure that we all have access to, every day of every year. What a gift we all have at our doorsteps.

We can't wait to watch as your stories unfold in the parks next year as well -- we'll be following you too. See you out there! 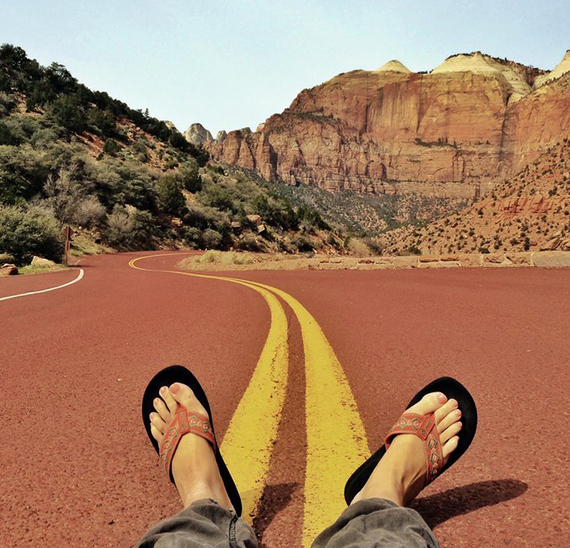 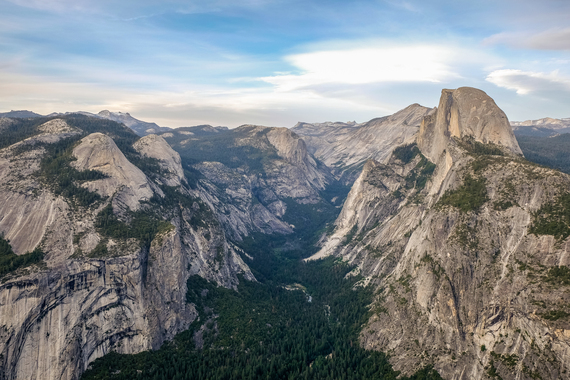 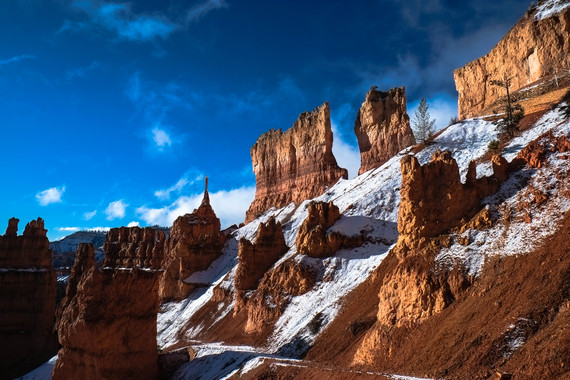 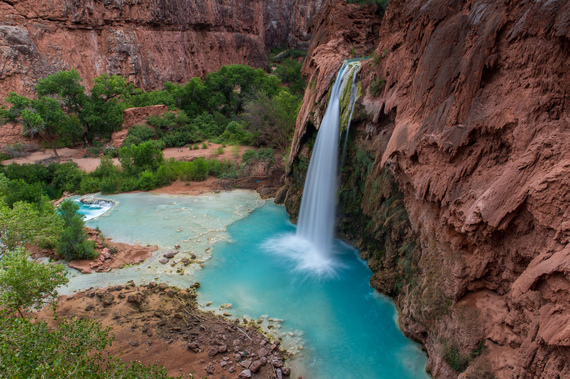 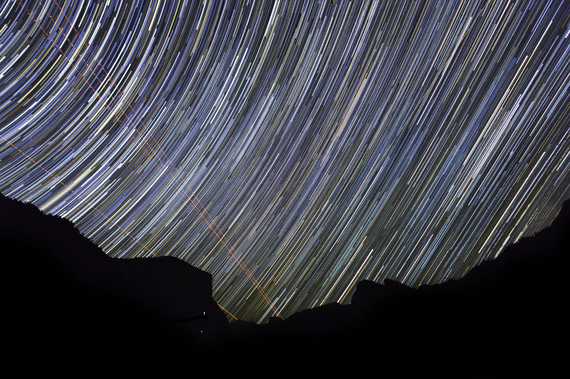 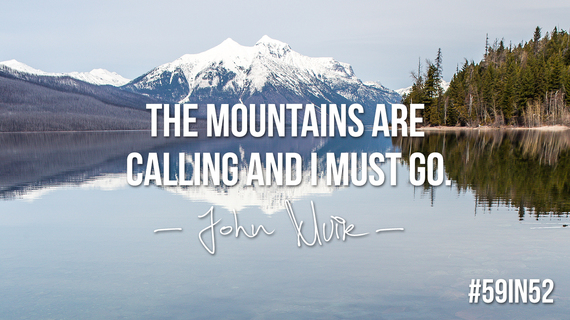