Despite my Three is the New Two post that discusses the difficulties that I sometimes have with my absolutely normal strong-willed toddler, both of my children are typically well behaved. They use their manners 98.9 percent of the time and they've never stolen from the treasure box at school or set fire to anything of importance. I think this means that my husband and I have done a pretty fine job in raising them.

1. You Dropped a Bomb on Me

Although I've been a mother for nearly a decade, I still haven't managed to completely shake that cursing habit that I picked up back in high school. If I drop the Pyrex dish of meatloaf on the floor, "Oh golly gee" isn't going to escape my lips. I'll probably utter a choice four-letter word to express my frustration and my children's innocent ears will probably hear it. I'm not saying that I walk around the house rapping Naughty By Nature lyrics and I don't drop the motha-effing eff bomb at Sunday dinner, but I've been known to mumble an expletive a time or two. Most often it's a word that starts with sh and ends with it. I'm aware that this is horrible parenting, and I can only hope that this doesn't completely ruin my precious offspring and make them future foul-mouthed inmates at San Quentin.

Before a good friend of mine and I became good friends, I was convinced that she was a Stepford Mama. She always showed such patience and restraint with her three little blessings. She seemed to have the magic gift of getting through to them with soft, kind words. I would go home after our playdates and feel incredibly guilty for losing it when my children left wet bathing suits on the hardwood floor or spilled Popsicle juice all over the couch. Once that friend became a good friend and I spent much more time in her home, I saw that she was human and possessed those moments of psychosis, too. I watched her grab her son by the arm and send him to his room when he talked back to her. I watched her sigh in anger when her toddler wiped Cheeto-stained fingers on the cream-colored drapes. I watched her lose it, and then we sat at her kitchen table over a box of Ferrero Rocher chocolates, and confessed our guilt and frustrations. I told her that my first impression of her as a mother was a wonderful and glowing one. She told me that she had the same first impression about me. Neither one of us abuses our kids, physically or emotionally, but we both find ourselves yelling like tyrants when we've reached our boiling point. I can only hope that this doesn't completely ruin my precious offspring and make them future guests on The Jerry Springer Show.

"Mama! Can I watch Jessie?" my daughter calls to me from the TV room. I'm aware that her screen time was up before she watched the last episode of Dog with a Blog, but I tell her that she can watch the red-headed nanny's antics on the Disney Channel. Thing is, I'm incredibly busy. The boy is napping and it's the perfect opportunity to pay those bills or sit on hold for four hours with the insurance company. I'm aware that I'm not sticking to boundaries that I previously set, but I really must get a few things done. She's a good kid. She does her homework and her chores without complaint. I can bend the rules once in a while, right? Maybe I should suggest that she read a book or do something more constructive, but the sound of Muzak as I sit on hold has drowned out the logical voice in my head. I can only hope that this doesn't completely ruin my precious offspring and make them future unemployed junkies.

4. Pour Some Sugar on Me

I know all about "clean" eating. I try to shop the perimeter of the grocery store and stay away from processed and boxed foods full of additives and chemicals that are liable to cause a boob to grow out of my kid's foot. If you can't kill it or organically grow it, then we usually don't eat it. However, pudding cups are on sale. I have a coupon for Lucky Charms. My daughter's friends bring Fruit Roll-Ups in their lunch boxes and she longs to taste the mysterious sugar tape. My son has a special place in his heart for Angry Birds gummies. Corn dogs will serve as the perfect dinner tomorrow night when I'm too tired to steam broccoli and bake fish after shuffling from one extracurricular to another. I can only hope that this doesn't completely ruin my precious offspring and secure their future guest slots on Dr. Oz.

My daughter is telling me a story of something hilariously weird that happened at school today or my son and I are in the middle of an intense Ironman/Hulk action figure session when my phone begins ringing and convulsing on the kitchen counter. I don't hesitate to mentally leave our conversation or the climax scene where Tony Stark and Bruce Banner obliterate the evil Furby to see who/what from the outside world needs my attention. I'm aware that my children need my attention. I'm aware that I'm putting an email or a Facebook notification about my high school nemesis' upcoming birthday before two of the most important people in my life. I can only hope that this doesn't completely ruin my precious offspring and give them reason to ever screen my phone calls when they are adults.

Some days I am absolutely convinced that I've failed as a mother. I didn't pack my children's lunch boxes with tofu sandwiches in the shape of school busses with banana wheels. I didn't react rationally when my son poured grape juice on the new white rug. I didn't really listen to my daughter's story because I was busy replying "lol" to a text that didn't even really cause me to "lol." I totally mucked up the whole parenting thing today.

And yet my son will voluntarily leave his LEGOs on the floor, crawl onto the couch and kiss my cheek. My daughter will sneak up and hug me while I'm cooking dinner and tell me that she loves me. I make mistakes, but my children know that they have a mother who loves them more than anything in her flaw-laden life.

I can only hope that the unconditional love that I possess for my precious offspring will keep them on the right path and make up for my countless mistakes. 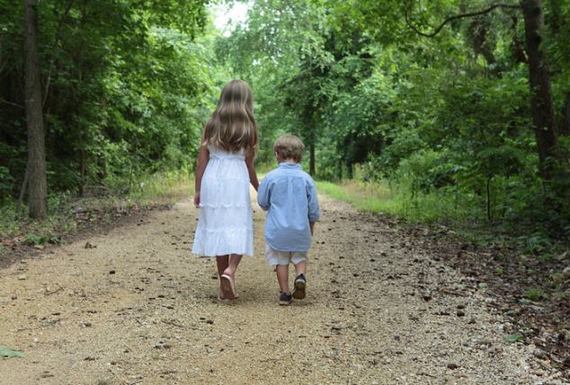 via "Mom Candy: 1,000 Quotes of Inspiration for Mothers"