I'd noticed lately that men no longer seemed to notice me when I was in the grocery store line, or even out on the town, but it didn't truly hit me how bad the situation had become until one recent morning at Starbucks.

It was a sunny December morning in Florida, and I'd decided to walk to get my coffee fix. I put on a cute hat and some nice jeans and a pretty white shirt and enjoyed my short walk to the always busy coffee shop. When I entered, I was delighted to see that no one else was in line.

I ordered my coffee drink and then the barista and I discussed which prepared lunch she liked the best. (It was the new peanut butter sandwich, with chocolate-covered raisins for dessert.)

Then I asked the barista which coffee was the least acidic and a nice male barista stepped over to explain that the Sumatran coffees were the best for low acid. He rambled on a little and I noticed that there was a man behind me who was dressed casually and looked to be about ten years older than I.

I asked the barista if there was a bag of decaf coffee with Sumatran beans and he came out from behind the counter to look for it. He found the right coffee and then asked me if I wanted it ground up. I glanced back at the man waiting in line, feeling badly about all the time I was taking.

I told the barista to go ahead and ring up the man's coffee behind me, too. I turned to him and said, "I'm sorry you have to wait. Let me pay for your coffee."

He frowned at me like I was wearing a Batsuit costume, shook his head at the barista, and curtly said he'd pay for his own coffee. The barista eyed me, looking embarrassed for me, and quickly finished ringing me up.

I moved over to get my coffee, feeling amused. It was official: I was invisible to men. I had gone over some line where even men who were older than I no longer felt complimented -- in the least -- if I spoke to them.

In fact, thinking back on it, the man behind the counter at the hardware store making a new key for me the week before hadn't looked too happy as I happily chattered away to him, either. In fact, he'd looked pretty irritated.

I considered what had happened to me in the Starbucks line as I sipped my iced coffee on my walk home. On the one hand, it was disconcerting to have a man act rudely to me. On the other hand, it was strangely freeing. If men didn't care about me, or how I looked, then logically I was now free -- for the first time since my teens -- to think only about how I wanted to look when I got dressed in the morning. 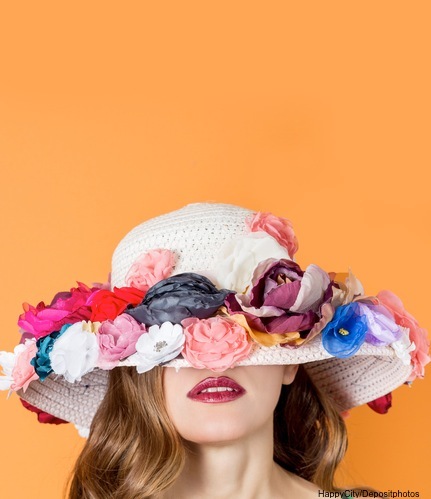 I'd always liked the look of free-flowing, hippyish sort of clothing, and I had virtually never bought any clothing that fit that description. I'd never worn those shoes people wear while they gardened -- what are they called? Crocs? Apparently, they're really comfortable.

I'd always wanted a tattoo and I'd never gotten one, worried that I'd meet a man who hated tattoos. What tattoo would I get? And where?

My weight had been 110 pounds since high school, except for during my two pregnancies. I hadn't eaten three full meals a day in years. Maybe I could have waffles in the morning, in my new life. I'd really liked waffles, when I was a kid.

I felt energized as I entered my apartment. Maybe it was time to throw away the $225 dollar pair of jeans the saleswoman had assured me weren't too tight, and that always managed to give me a stomach ache, no matter how short a time I wore them.

I put some music on, dancing a little as I went to my closet. Where should I start? I picked out the too-snug pair of jeans and threw them on the bed along with a shirt that had always seemed too low.

Maybe it was time for more changes, while I was at it. I'd always wanted to go camping, strangely enough. Why I had a never done that? I sat down at my computer and found an outdoorsy Meetup group and signed up for a two-day camping trip on the Suwannee River, wherever that was. It looked like everyone else was bringing a tent but I signed up for a cabin, which seemed like a good enough start for me. I mean, I think I could sleep in a tent, but putting one up would be another matter entirely. 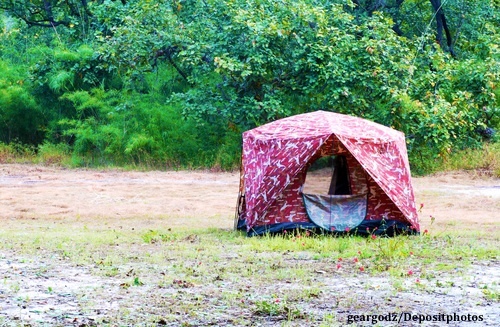 I popped up from my computer and headed off to the grocery for some waffle mix. It was never too late to start a new life. Waffles and a camping trip. Who knew what else the future would bring?

L.V. Krause is the author of Eaten Alive: the Truth About Online Dating for Women. For more posts about women, dating, and life, please visit LVKrause.com.


More:
post50self-acceptanceAging Gracefullydivorceaging-advice
Newsletter Sign Up
A weekly guide to improving all of the relationships in your life
Subscribe to HuffPost’s relationships email
Successfully Subscribed!
Realness delivered to your inbox